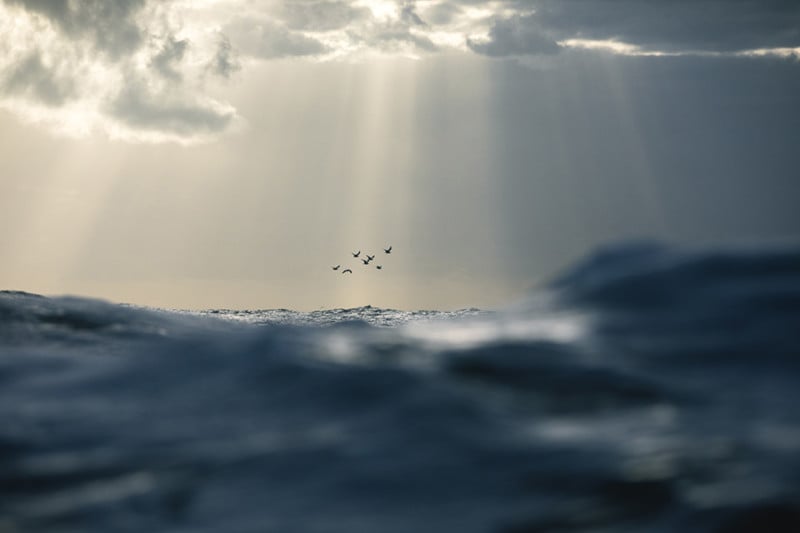 Warren Keelan is an award-winning photographer based in Wollongong, Australia, who has made a name for himself through his seascape photos that highlight the beauty of ocean waves.

After over a decade as a guitarist in a band, Keelan picked up a camera and found a passion for landscape photography. But after getting his first waterproof camera housing, the photographer took his work into the ocean and that’s when things clicked for him.

“Many of my images are conceived days, weeks or even months before they become pictures,” Keelan tells PetaPixel. “They’re a combination of thoughts and ideas that eventually translate into photographs but there’s a percentage that just happen while in the moment.

“These are actually some of my favorite images, either becoming keepers or the basis for new ideas and future works.” Although he uses a wide range of lenses for his work, one of his primary workhorses is his 70-200mm f/2.8 IS II.

“Having a telephoto with you in the water really opens the door to creativity,” Keelan says. “It’s a heavier lens compared to most but it’s one I find hard to put down, especially with how versatile and sharp that thing is.” 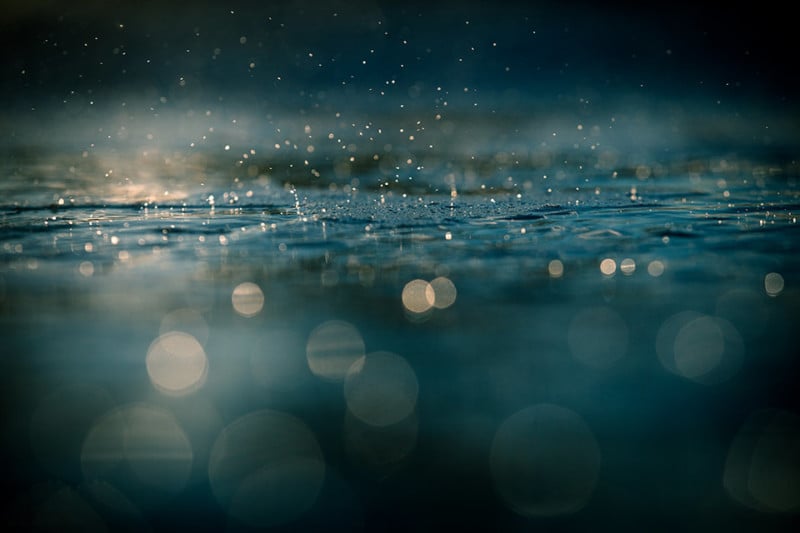 “The most challenging and enjoyable aspect of making images of water is that it’s an element you have zero control over,” Keelan says. “The ever-changing, unpredictable nature of ocean water is also some of the many reasons I love making images of it and in it.

“When you swim into large and powerful waves with a camera, you are at the mercy of the ocean.

“And although you can anticipate what may happen whilst you’re out within it, it’s that surprise of capturing something completely random and unique which makes it all the more rewarding. I also enjoy the personal challenge of employing different lenses with alternate focal depths to find new angles and perspectives.” “When I first began shooting water and waves, I was hitting the shutter a lot more than I needed,” the photographer says. “I ended up with way too many unusable images and made more mistakes than anything but it was a great way to find what really challenged me.

“Once I worked out what I was doing (actually I’m still working that out) I began shooting fewer frames and made fewer images, but the images I did snap were closer what I wanted to make and I was dumping less data.”

Keelan estimates that he shoots an average of 200 to 500 frames over the span of a couple of hours in the water. “I shoot everything in RAW so I’m able to work on flat image files in order to recreate the tones, colors, moods, and emotions I saw and felt when I clicked the shutter,” Keelan says. “To be honest I still have a lot to learn when it comes to post-processing, especially with underwater seascapes and portraits of whales, sharks, turtles, etc. but so far I’m happy with how my images transpose into print.

“The great thing about it all is there’s always more to learn!” Photojournalism Through the Eyes of a Monk

Canon’s 7D Line Has Come to an End: Report