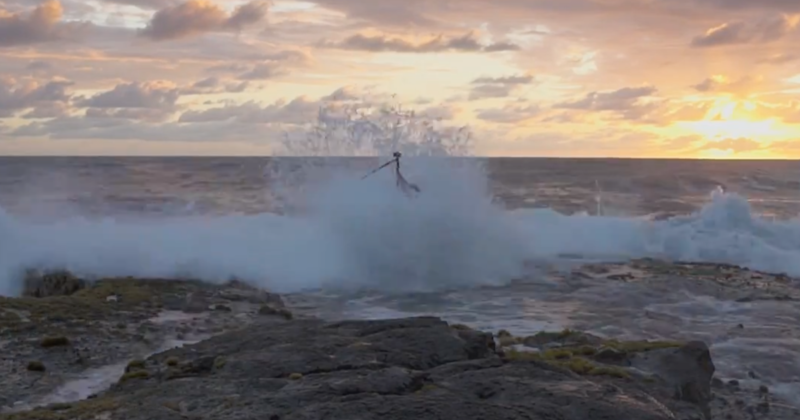 Hawaii photographer Raiatea Arcuri was out shooting beautiful seascapes and putting together a tutorial video recently when he took a rather bad tumble. The video came out yesterday, but all people can talk about is the scary fall he captured.

To Arcuri’s credit he talks about putting safety first as the fall happens on video, but the footage itself will probably do more to encourage safety than his pep talk.

Here’s the video, skipped forward to right before the scary fall:

And here’s the quick scene broken down into seven screenshots, which we used to create a GIF:

The lesson is simple: be careful. The ocean can be incredibly dangerous to shoot, particularly if the tide is coming in. The waves will just get bigger and closer until one of them catches you unawares. No shot is worth that…

On a related note, the full tutorial is actually very solid. Check it out in full once you’re done watching Arcuri’s crazy fall.