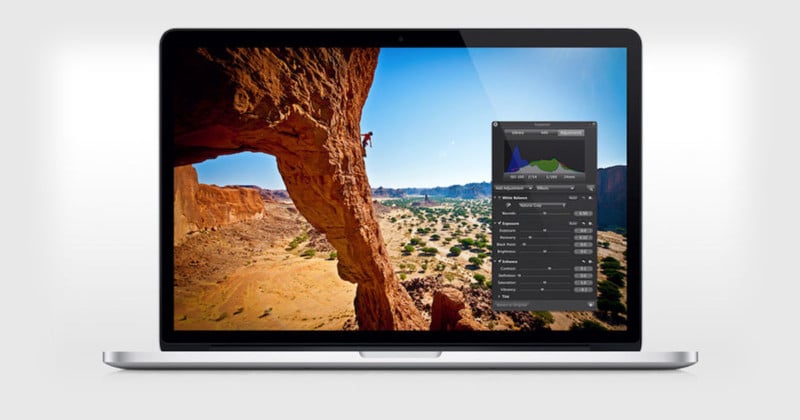 Apple killed off Aperture back in 2014, but there are still photographers out there who have opted to continue using the beloved photo editing and management app. If that’s you, there’s some bad news: Aperture will no longer run on Mac after macOS Mojave.

In a new article on its support page, Apple reveals that Aperture’s compatibility with Mac is coming to an end after this latest major release that was launched in September 2018. The article provides details on how Aperture users can migrate their photo libraries to Apple Photos or Adobe Lightroom.

“In June 2014, Apple announced the discontinuation of development of Aperture,” Apple writes. “Since that time, Apple has released five major macOS updates.

“For technical reasons, Aperture will not run in future versions of macOS after macOS Mojave. To continue working with your Aperture photo libraries, you must migrate them to the Photos app included with macOS, or migrate them to Adobe Lightroom Classic.” “As part of the transition from 32-bit to 64-bit, certain media files created using older formats or codecs will also be incompatible with future versions of macOS after macOS Mojave,” notes MacRumors, which first spotted the new support page.

If you have Lightroom Classic v5.7 or later, there’s a built-in tool that allows you to easily migrate Aperture libraries to Lightroom catalogs. Your library organization, metadata, and image adjustments should be preserved through the transition (with some exceptions).

The next version of macOS hasn’t even been announced yet, so you still have some time to get things figured out. You could also choose to stay on macOS Mojave instead of updating to the next version when it’s released, but that’s what you’ll need to do moving forward if you’re that committed to Aperture.

Photos of Tulip Season in the Netherlands

This 1,060-Hour Photo of a Galaxy Was Shot by Amateur Astrophotographers