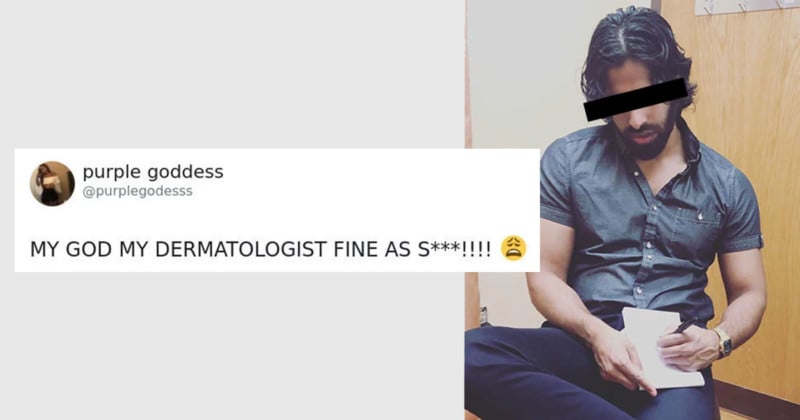 A woman has sparked controversy and a discussion about sexism and privacy in our photo sharing age after posting a photo of her doctor without his consent to comment on his looks.

It all started a couple of weeks ago when Twitter user @purplegodesss Tweeted a photo of her dermatologist with the message, “My God my dermatologist fine as s**t!!!!” 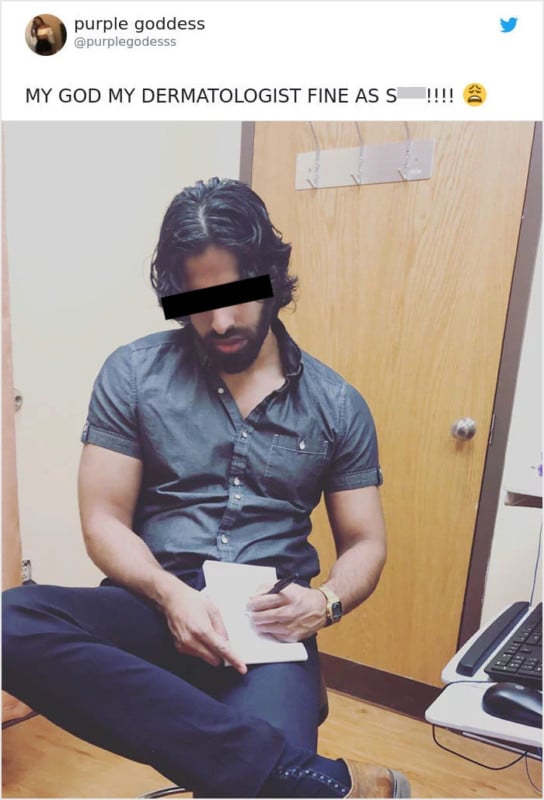 As the Tweet picked up steam, it received numerous replies from women who agreed with @purplegodesss, describing the doctor as things like “fine as hell” and “yummy.”

But others soon chimed in, pointing out how “disturbing” this type of photo posting and sexualizing would be if it had been a female doctor and men commenting on her looks. One particular response went viral on the subreddit /r/MurderedByWords: Undeterred by the criticism, @purplegodesss proceeded to “dox” the doctor by sharing a photo of his business card containing his name and contact information. 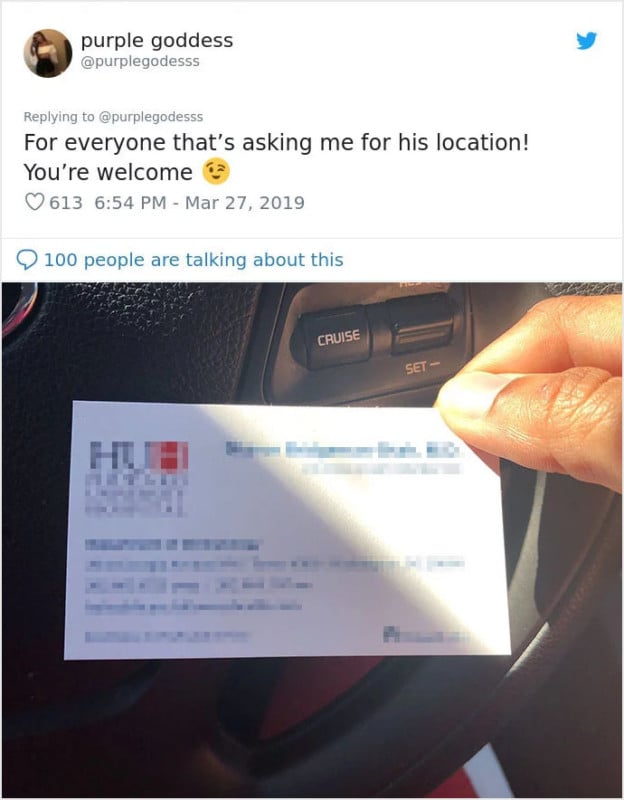 She also gloated about making the doctor go viral. 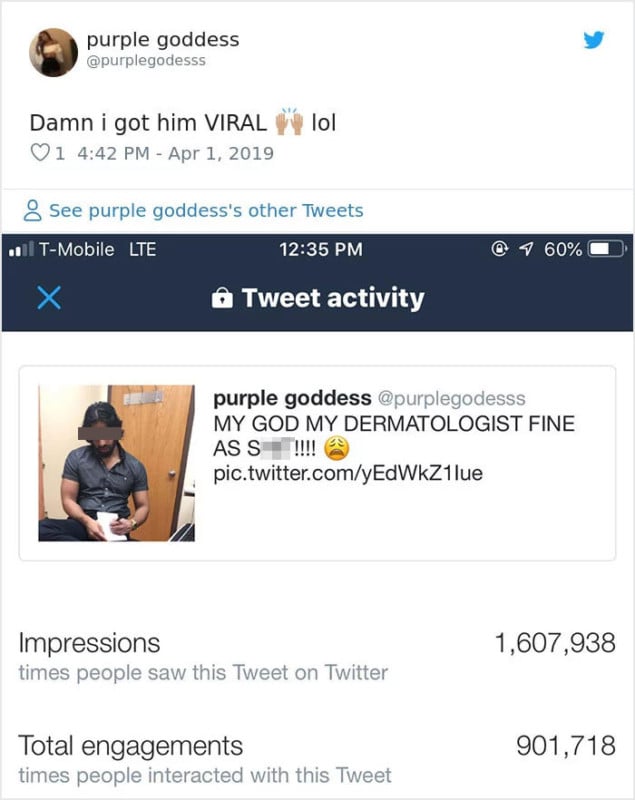 As outrage over the woman’s actions grew, Bored Panda managed to get in touch with the doctor for his take on the whole thing.

“My first reaction was just pure anxiety,” the doctor tells Bored Panda. “I am a very low key individual so when I first heard that I was trending on Twitter I was kind of freaking out […] I started getting texts from friends all over the country, some of whom I hadn’t spoken to in years, telling me that I’m the top post on Twitter.

“Once the anxiety settled though, and I realized that most people were receiving my picture favorably, I started to find the whole situation pretty funny.”

The dermatologist, Dr. Imran Aslam, has since stated that he’s fine with his photo and identity being on the Internet.

And here’s what Dr. Aslam had to say in response to the conversation that was raging about sexual harassment and double standards:

“By definition, many of the comments on my picture would be considered a form of sexual harassment, and I can totally understand how people consider this to be a double standard in light of the #metoo movement,” he tells Bored Panda. “And that if those same comments were made about a woman there would an uproar.

“It is because of these liberties that we enjoy as males that I think the sexual harassment discussion may have to be interpreted differently in my situation.”

Photos of Cars Lit by Billboards