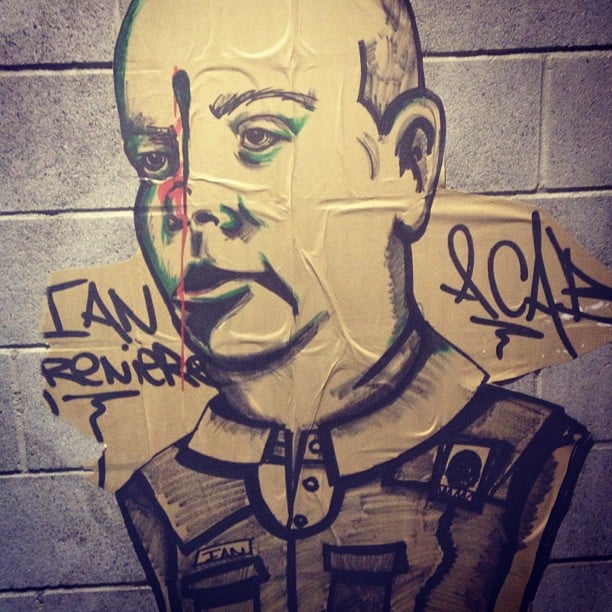 Montreal resident Jennifer Pawluck was arrested earlier this week after she posted the above photo of anti-police graffiti to her Instagram account. The photo shows a caricature of Montreal police Commander Ian Lafrenière with a bullet hole in his forehead, leading police to accuse Pawluck of criminal harassment against a high-ranking police officer.


Here is the caricature next to a photo of Commander Lafrenière: 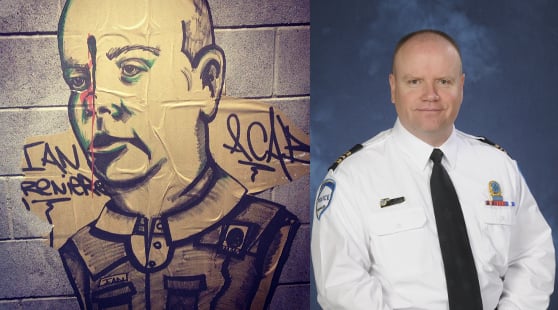 The circumstances surrounding the arrest are still somewhat shrouded in mystery. Pawluck has expressed the belief that being arrested for sharing a photo is “ridiculous,” citing the fact that she is hardly the first to share a photo of that same tag. Montreal police, on the other hand, maintain that the photo is not the only piece at play here.

According to CBC News, a spokesperson for the department said that “there are circumstances that surrounded the publication of this image … that we can’t reveal because it is still under investigation.”

At this point, Pawluck is prohibited from contacting Lafrenière, and has to stay at least 1 kilometer away from Montreal police headquarters until the matter is settled. She is scheduled to appear in court on April 17th to respond to the charges, at which point she intends to plead not guilty.