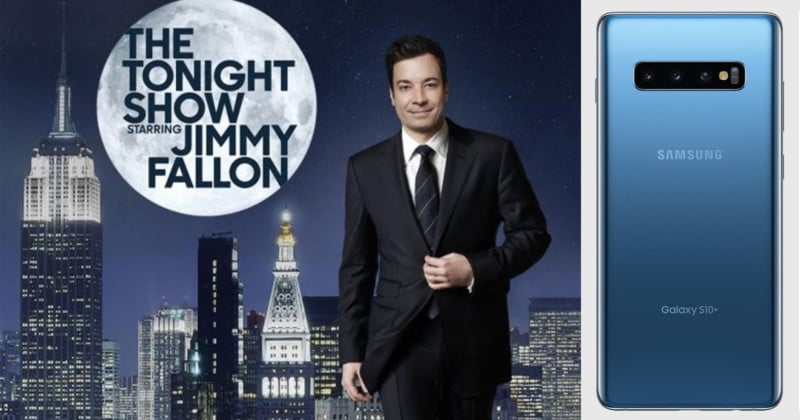 Smartphone camera quality continues to hit new heights, and here’s another example of how far we’ve come: NBC will air an episode of “The Tonight Show” shot entirely on the Samsung Galaxy S10+.

Variety reports that tonight’s episode will be an unusual one that diverges from the show’s standard recipe of an opening monologue and sit-down with guests.

Host Jimmy Fallon will reportedly open the episode by informing viewers that it was shot entirely with the smartphone, and the episode will go on to feature some of Fallon’s favorite spots in New York:

“Tonight” viewers will see Fallon, announcer Steve Higgins and house band The Roots dining at Rao’s; Fallon delivering meatballs to New York firefighters; and Fallon and The Roots visit New York jazz club The Django. Fallon will sing with Conor McGregor at New York Irish pub. He will also interview Michael Che at the Comedy Cellar and show comic Rachel Feinstein performing a set there. Fallon and The Roots will also be spotted crooning doo-wop against a New York City backdrop.

As you’ve probably guessed, it’s part of a big marketing effort and an advertising deal that NBCUniversal signed with Samsung.

The $1,000 Samsung Galaxy S10+ was announced in February, and it features a 6.4-inch screen, dual cameras on the front, and a triple camera system on the back.

(via Variety via Engadget)