Today, Chris Pratt is a superstar actor whose credits include the summer blockbuster Guardians of the Galaxy, but when he was 20 he was just a kid living out of his car in LA who wanted to make it as an actor — a goal he might never have achieved if it hadn’t been for a generous mystery photographer in West Hollywood who took his headshots for free.

Pratt told the story of the fortuitous photo on the Tonight Show with Jimmy Fallon recently. We’ll let him recount the story in full for you, but the gist is that he met a mystery photographer at a post office in West Hollywood who offered to take headshots for him.

The photographer invited Pratt to his apartment, let him get cleaned up, snapped three rolls worth of portraits, and then gave him all three with a pat on the back and a “good luck kid.” 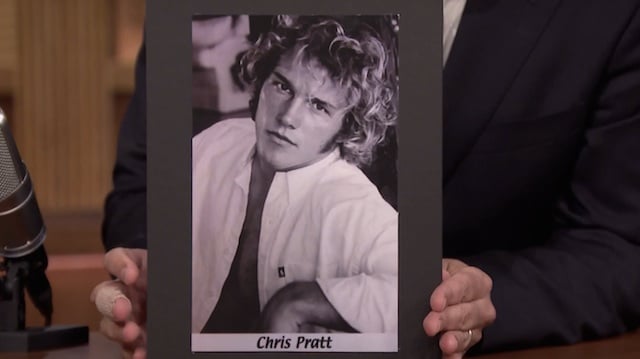 The headshot Fallon found (the one you see in the screenshot above) is one of the photos from those rolls, and it was that shot that got Pratt on the show Everwood and launched his career. And yet, all these years later, he still has no idea who that photographer is.

It’s a great story of the massive impact that one photographer’s generosity had on another human being. And, on the off-chance the photographer in question is reading this, you should probably get in touch with Pratt… he wants to thank you.