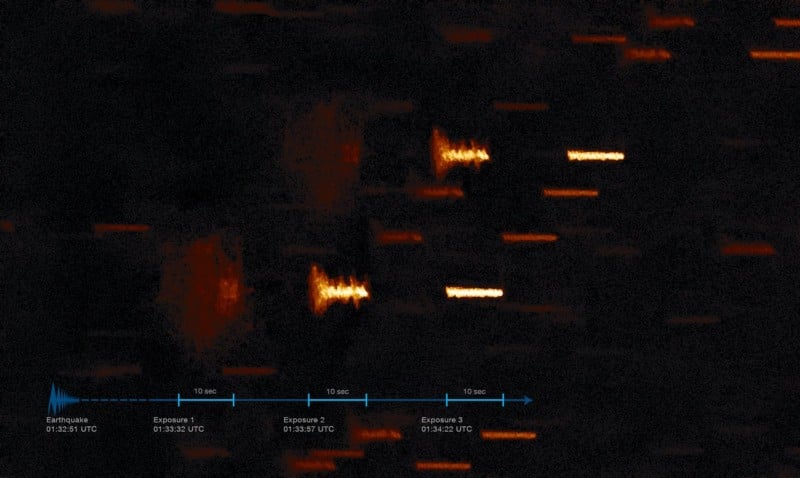 During an earthquake, a camera capturing a long exposure of the night sky can capture star trails as seismograms that records the motion of the ground.

Back on January 20th, a 6.7-magnitude earthquake rocked Coquimbo, Chile. About 56 miles (90km) away, the ESO La Silla Observatory was in the process of shooting images of the night sky.

The observatory’s Rapid Action Telescope for Transient Objects (TAROT) telescope, which monitors gamma-ray bursts, was shooting a series of 10-second exposures of geostationary satellites and stars.

“Each star is seen three times as the earthquake shakes the telescope and blurs its view of the night sky,” the ESO writes. “The effect of the earthquake gradually weakens with time […] The recording on the image here is similar to measurements recorded by seismographs on a roll of paper.”

(via ESO via The Verge)

Photos of Death Valley Flooded with a 10-Mile Lake