“Earthquake astrophotography light painting.” How’s that for a novel photography technique? It sounds strange, it’s an apt description of how photographer Andrew Dare captured the squiggly photo above (on right). Dare was photographing the night sky with long exposures when an earthquake struck while his shutter was open.

Dare, a professional photographer and yacht skipper for over 19 years, tells us he was photographing Jupiter on May 21st, 2013. His location was 35 miles southwest of Cusco, Peru.

The photograph on the left in the image above is a 3-second exposure of Jupiter and its moons, captured at 5:55pm.

At 8:03pm, just as Dare triggered his shutter for another 3-second exposure, a powerful magnitude 5.8 earthquake struck Cusco: 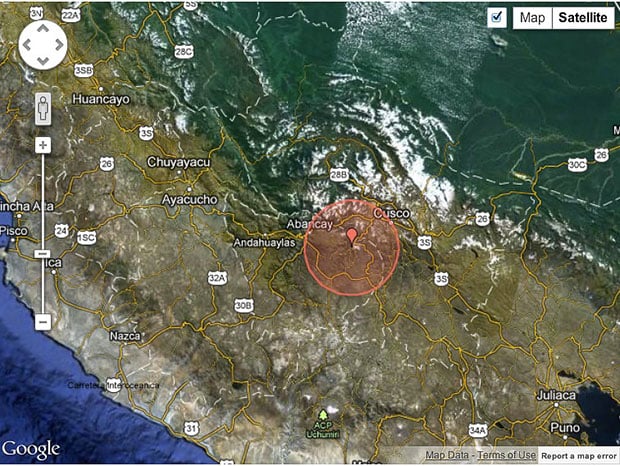 The resulting photograph looks like a light-painting seismograph created using the light of Jupiter: 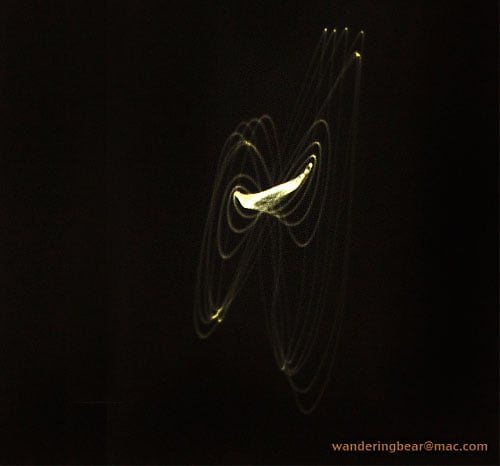 Roughly 1,000 to 1,500 magnitude 5.0-5.9 earthquakes occur around the world every year. Although they’re powerful enough to be felt by everyone in the area, they generally cause little damage to buildings (unless they’re poorly constructed) and typically don’t inflict more than a handful of injuries and casualties. And now they’re known to occasionally create light paintings.

If you know of any other photo created with “earthquake astrophotography light painting,” leave a comment letting us know!

Image credits: Photographs by Andrew Dare and used with permission

How to Shoot Starry Photos of Fireflies