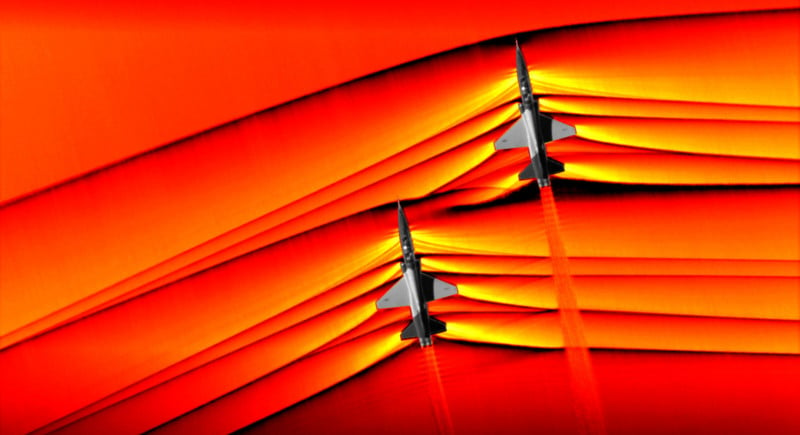 NASA has captured the first-ever photos showing the shockwaves of supersonic jets interacting in flight. The beautiful images were captured in an extremely difficult air-to-air photo shoot.

To create the groundbreaking photos, NASA outfitted a B-200 twin-turboprop research aircraft with a new imaging system (capable of 1,400 frames per second for up to 3 seconds) and flew it at around 30,000 feet. A pair of Northrop T-38 Talon supersonic jets were then flown at supersonic speeds at a lower altitude.

“[T]he pair of T-38s were required to not only remain in formation, but to fly at supersonic speeds at the precise moment they were directly beneath the B-200,” NASA says. “The images were captured as a result of all three aircraft being in the exact right place at the exact right time designated by NASA’s operations team.” 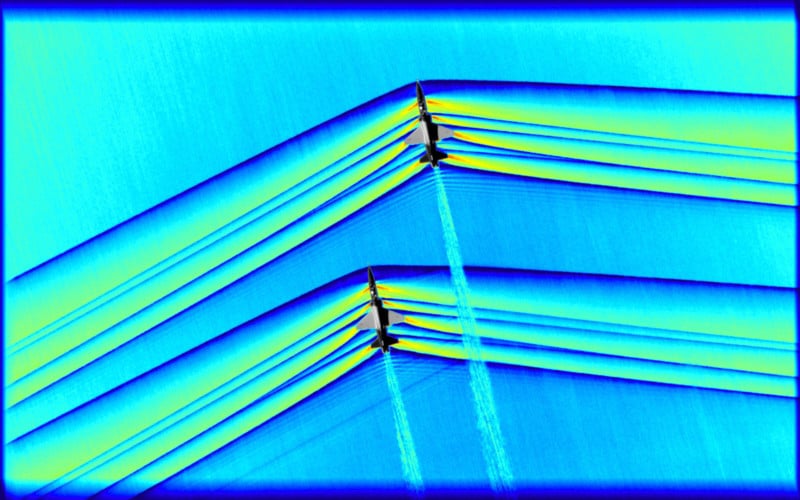 The T-38s seen in the photos were only about 30 feet away from each other.

The shockwaves seen in the photos are “rapid pressure changes which are produced when an aircraft flies faster than the speed of sound, or supersonic,” NASA says. “Shockwaves produced by aircraft merge together as they travel through the atmosphere and are responsible for what is heard on the ground as a sonic boom.”

NASA will be using this same system to test a new supersonic airplane that will be capable of flying without producing loud sonic booms — it’s an aircraft that could pave the way for government restrictions to be lifted on supersonic flights over land.

Can We Please Stop Using Workshop Photos and Styled Shoots in Our Wedding Portfolios?