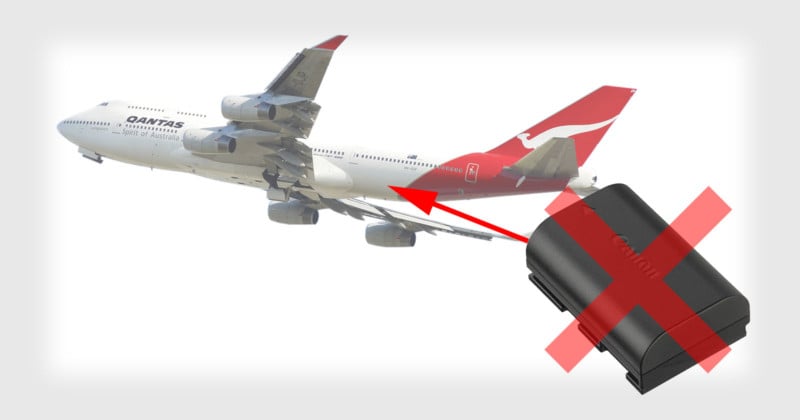 The major new rule was announced by U.S. Transportation Secretary Elaine L. Chao and the FAA “to strengthen safety provisions.”

Devices containing lithium metal or lithium-ion batteries, including – but not limited to – smartphones, tablets, and laptops, should be kept in carry-on baggage. If these devices are packed in checked baggage, they should be turned completely off, protected from accidental activation and packed so they are protected from damage.

In addition to prohibiting the transport of lithium ion cells or batteries as cargo on passenger aircraft, the Interim Final Rule (IFR) also requires that lithium-ion cells and batteries shipped on cargo planes to not have more than 30% charge.

“This rule will strengthen safety for the traveling public by addressing the unique challenges lithium batteries pose in transportation,” says Chao.

The FAA published a warning against storing spare lithium ion batteries in checked bags back in 2015, and the US began urging airlines to ban cameras and other large electronics in checked bags in 2017.

The main concern is that lithium ion batteries can (in rare cases) catch fire and explode.

TechCrunch notes that the UN International Civil Aviation Authority already implemented the same restriction for member countries back in 2016, so the US regulation is codifying the guidance that has already been in place.

Sony Jumping Into CFexpress with an Ultra-Tough 1700MB/s Card

6 Tips for Photographers from a Vogue Model