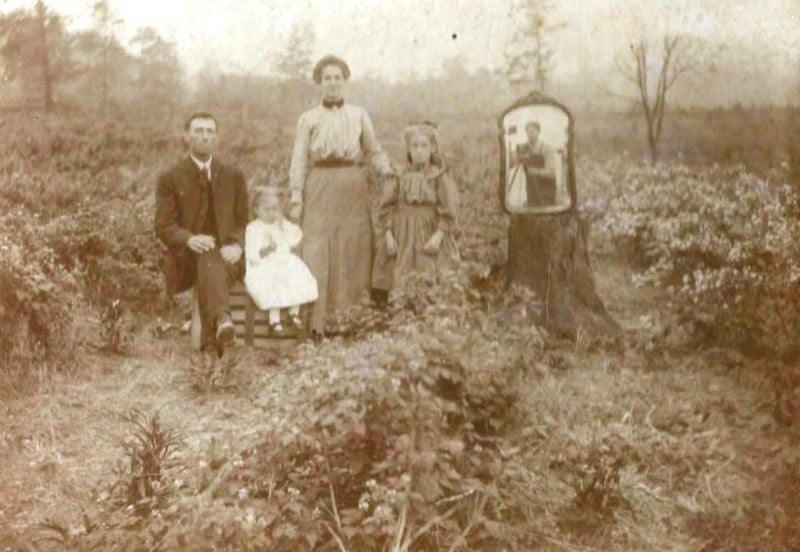 Before the self timer and remote shutter release appeared in the world of cameras, photographers had a much trickier time getting themselves into group photos if they didn’t have an assistant to help expose the shot. But a vintage photo has surfaced showing one photographer’s clever solution to this problem.

The photo shared to multiple subreddits recently shows an unusual family portrait from the early 1900s (allegedly pre-1920, making it over a century old).

In addition to the family sitting among bushes, the photographer himself — perhaps the older son in the family? — and his large format camera can be seen in a large mirror that was carefully propped up on a tree stump.

While nowadays a tech-savvy photographer might suggest Photoshopping themselves into a group shot afterward, this photographer figured out how to get himself in via a mirror selfie.

6 Things You Should Be Doing When Editing Your Photos