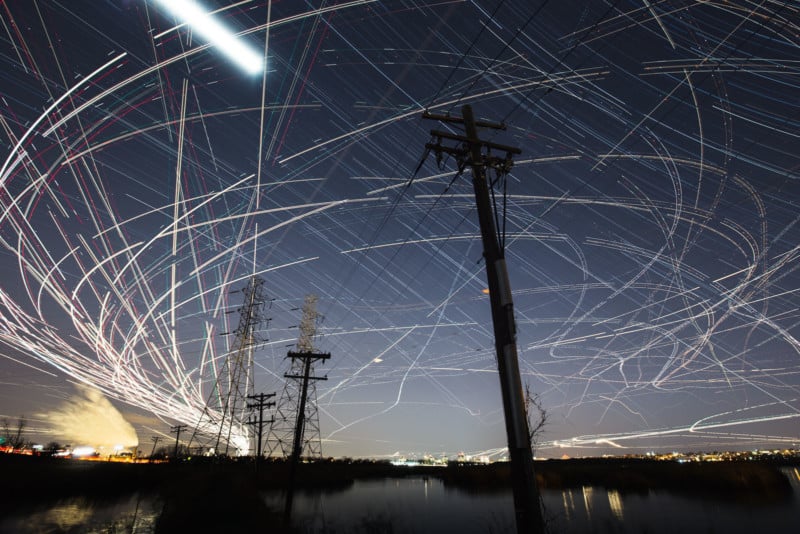 Airports is an ongoing project by photographer Pete Mauney, who spends hours shooting long exposure photos near airports. He then combines the photos to create mesmerizing composites in which the night sky is filled with airplane light trails.

When he was in high school, Mauney would spend hours watching airplanes circling his local airport and trying to visualize their trajectories in his mind. After he became a full-time photographer, Mauney turned to photography to capture and see these flight paths. 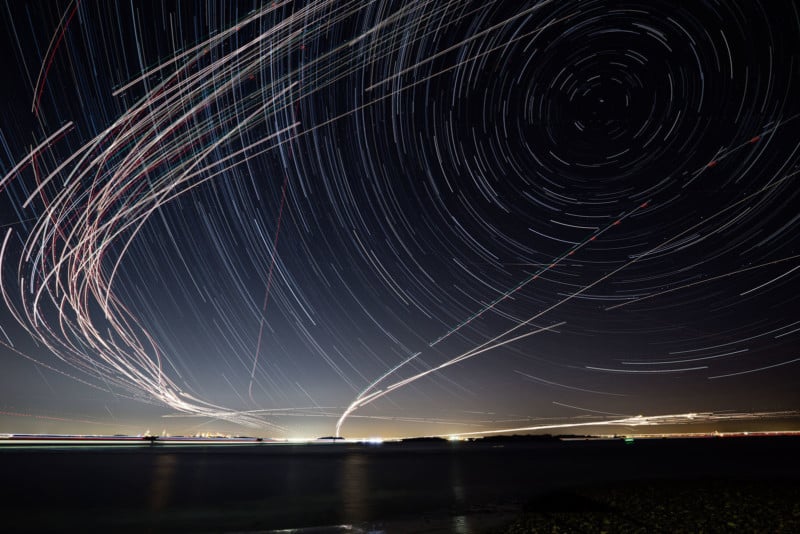 Mauney got started after he found a tutorial on shooting long exposure composites of firefly light trails.

“I had stumbled across a fairly simple technique on the Internet, repurposed from astrophotography, that had a pretty amazing result with fireflies,” the photographer tells PetaPixel. “I promptly, uh, ‘appropriated’ it and figured out a more sophisticated variation on the process (it is still embarrassingly easy to do) for a couple years before it occurred to me that I could do the same thing with airplanes and it sort of came full circle that way.” 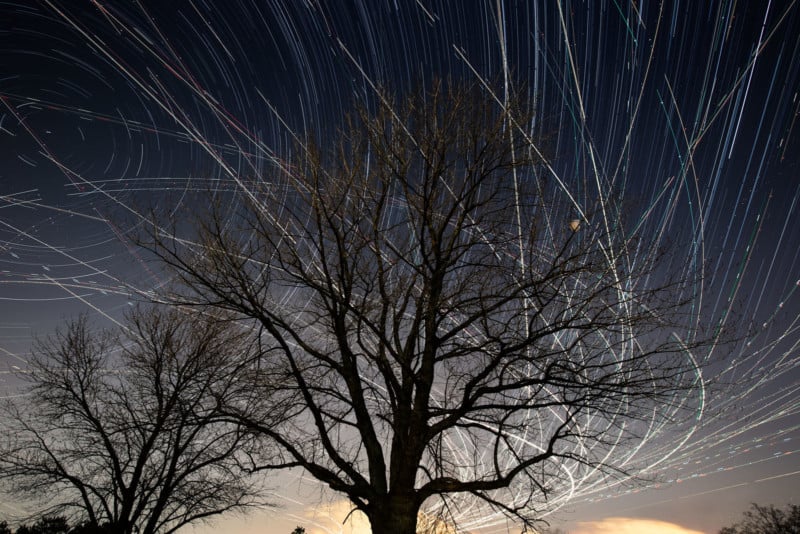 Since his first experiments with shooting these stacked airplane light trail photos, he has spent as much time and energy as he can find shooting near airports during winter and fireflies during summer. 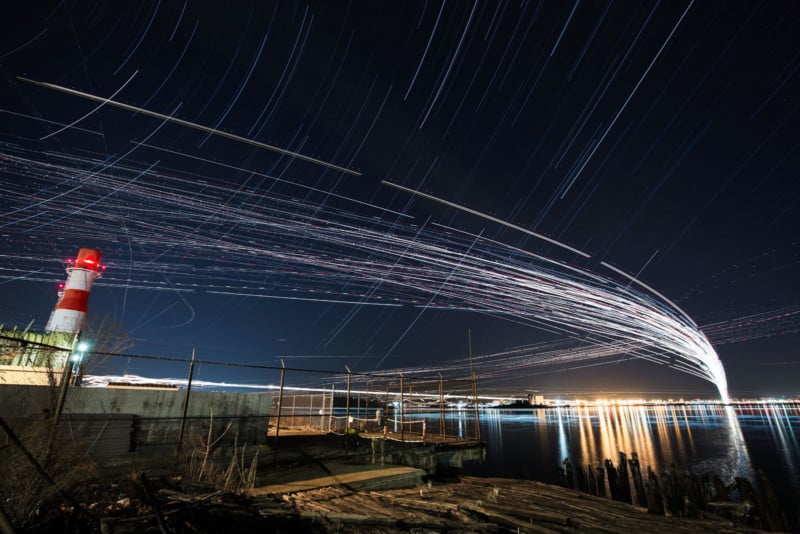 Mauney’s photos are the result of combined exposure times anywhere from 30 minutes to over 2 hours. 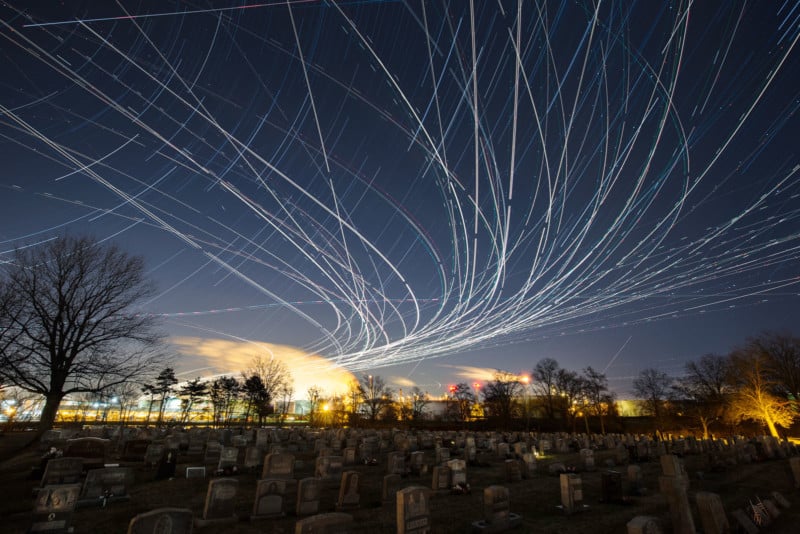 “I can only give a vaguely educated guess as to what any of these pictures are going to look like before spending hours processing them to the point they can be composited together,” Mauney says. “Like the fireflies, airplanes are highly engineered systems that do the same thing reliably over and over again.

“The chaos and form in the images come from them not happening in the same spot, but maybe a bit more over there, introducing a difference. Each image is a mystery and I find that final reveal moment about as magical as one can get within the otherwise non-magical world of digital photography.” 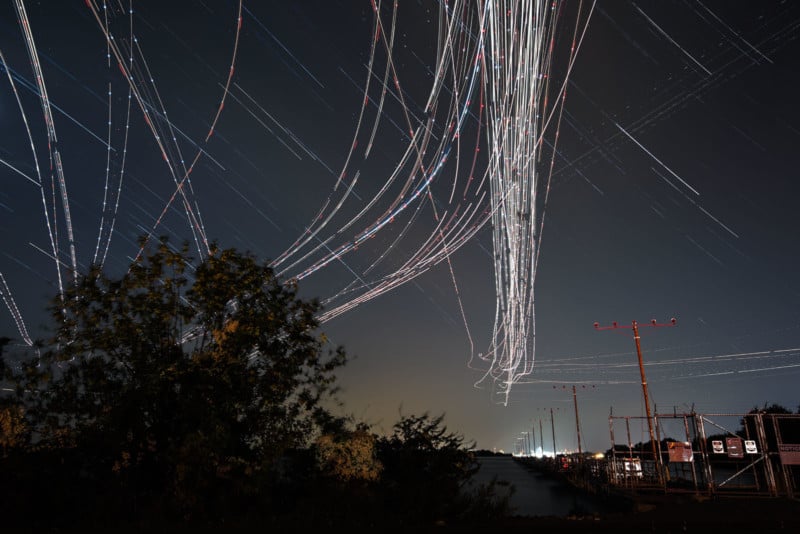 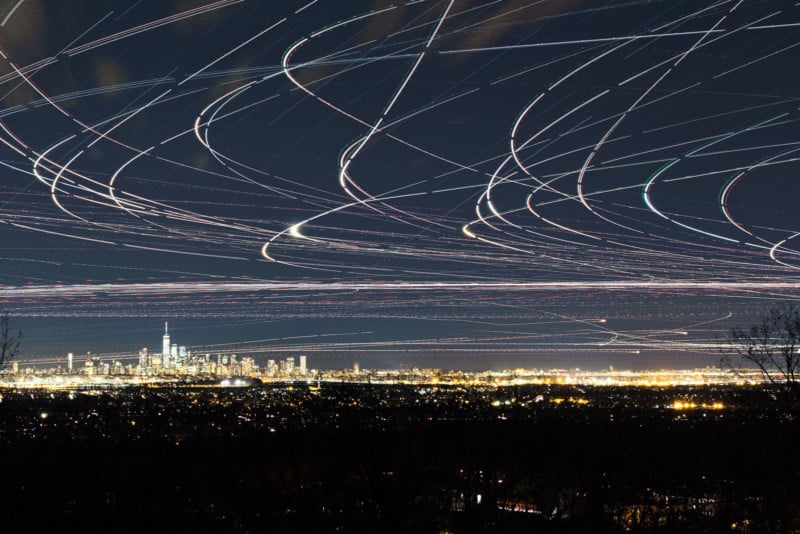 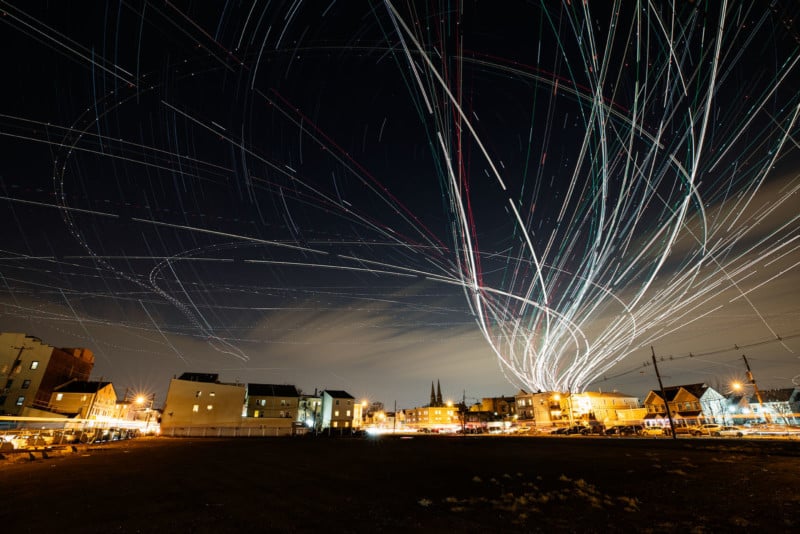 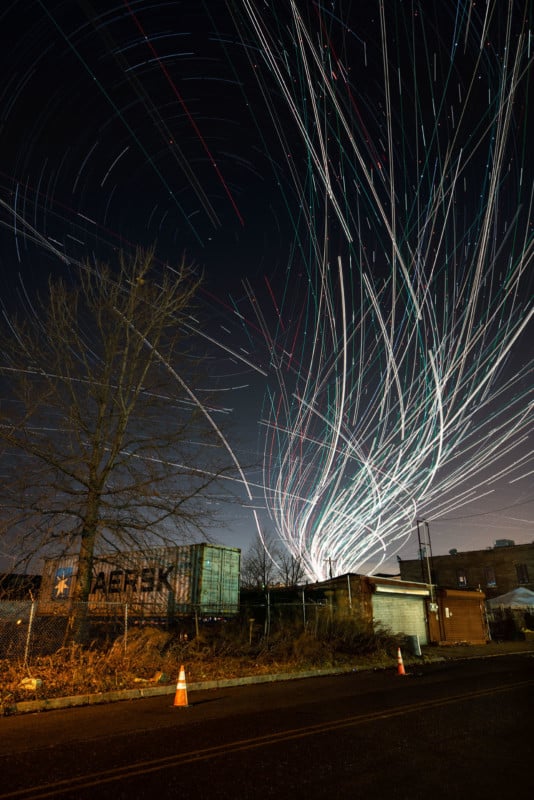 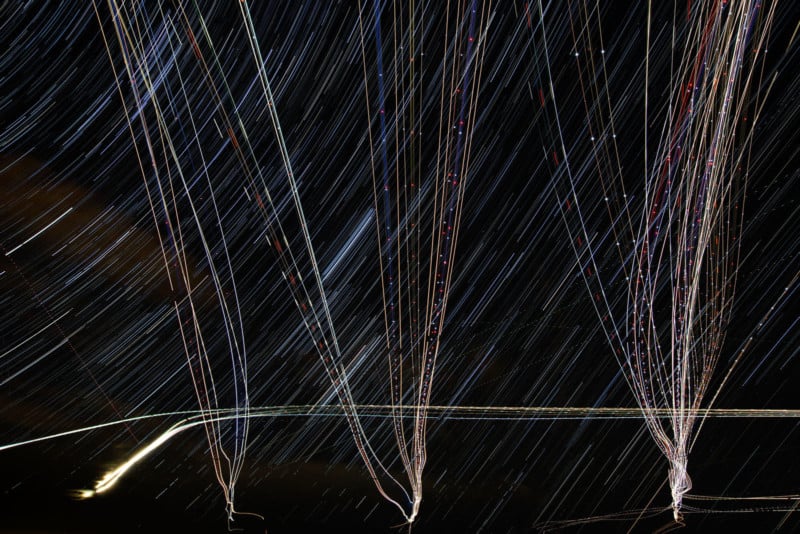 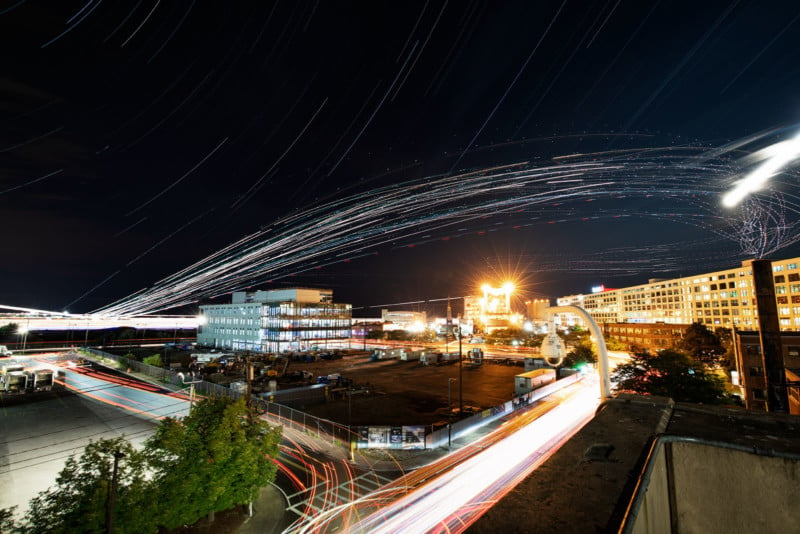 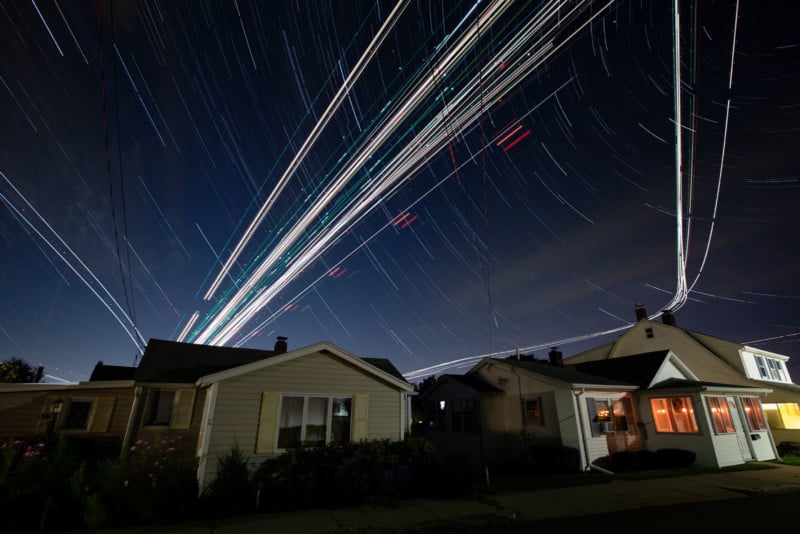 (via Pete Mauney via Colossal)

Canon to Ignore EF Lenses and Focus Entirely on RF in 2019: Report