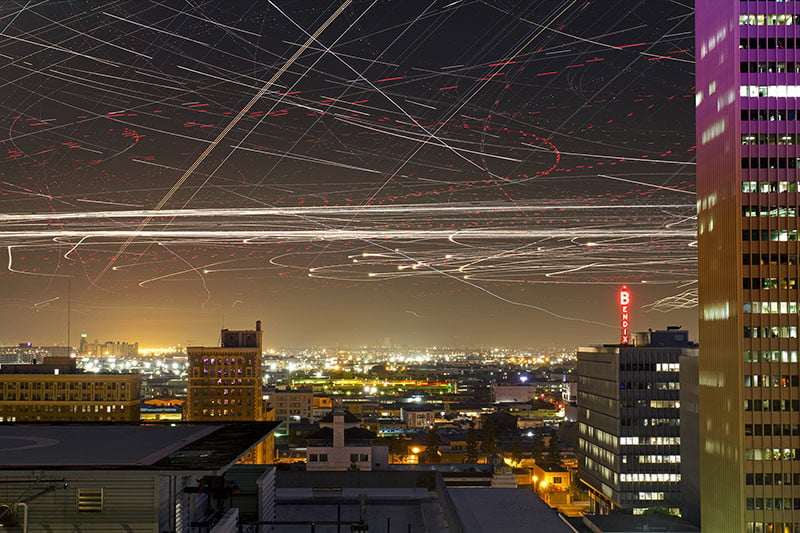 StarStaX is a popular program for creating photos of star trails by stacking multiple exposures, but it can also be used for other purposes. For the photo above, photographer Eric Norris stacked photos of airplane light trails over downtown Los Angeles.

The LA-based photographer moved into the 16th floor of a downtown high-rise a few months ago with a view that faces southeast.

To create the image above, Norris set up his Canon 7D and shot 2,655 30-second exposures over 4 nights — a combined total of 24-hours of shooting. He then combined those photos using StarStaX to create this dazzling view of airplanes and helicopters zipping around.

“For clarity’s sake, the city lights are from a single image and the building on the right side of the frame is from a different one,” Norris tells PetaPixel. “The bright streaks across the center of the image are from planes landing at LAX on two parallel runways.”

“Below those streaks you can see where planes have approached from the west and then turned to head towards LAX,” he continues. “One of my friends told me he thought it looked like a sci-fi air battle and I have to agree!”

Image credits: Photograph by Eric Norris and used with permission

A Beginner’s Guide to Canon and Nikon Lens Abbreviations