Growing up as a skateboarder and BMX biker, Peter McKinnon never thought he would one day become a creative. But after he received a camera, he was bitten by the photography bug and got hooked. This 23-minute short film, titled “The Bucket Shot,” tells the story of McKinnon’s life journey to shooting the photo of his dreams.

The Toronto-based McKinnon’s eyes were opened to the joy of photography after he received a point-and-shoot camera as a gift for being in his sister’s wedding party. And after seeing his friend’s DSLR in action, McKinnon saved up and bought his own.

He then dove headfirst into photography, shooting everything from weddings and portraits to stock photos.

“It just took a hold of me completely, consumed my life,” McKinnon says. “From that point, I identified as a photographer.” 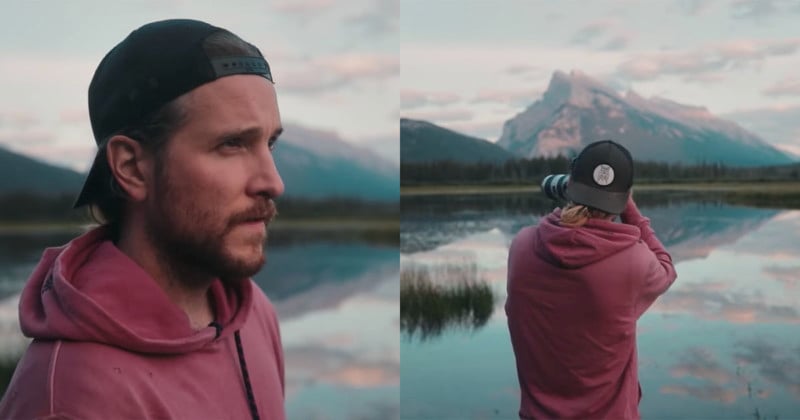 But the genre that stoked McKinnon’s passion the most was landscape photography.

“There’s just nothing like waking up early before the rest of the world, heading out when it’s still dark, and seeing nothing, but you know that landscape is right there waiting for you,” McKinnon says. “It’s only a matter of time before the veil is lifted and the light starts to make it come alive. You’re the only one there with your camera, and you’re capturing every moment of that.

“That’s a feeling that only photographers know well. It’s incredible.”

Over 9 years of his journey as an artist, one shot has been swirling around in McKinnon’s mind: he wanted to visit Moraine Lake in Canada’s Banff National Park during winter and capture the snowy lake with the water still liquid and blue.

So when the opportunity finally presented itself, McKinnon bought a plane ticket and flew across Canada in hopes of capturing his dream bucket shot.

Getting there was just the first step: as landscape photographers know well, having things like lighting and weather come together just right is often a game of luck and perseverance. McKinnon has plenty of perseverance, and on that day, luck was in his favor. 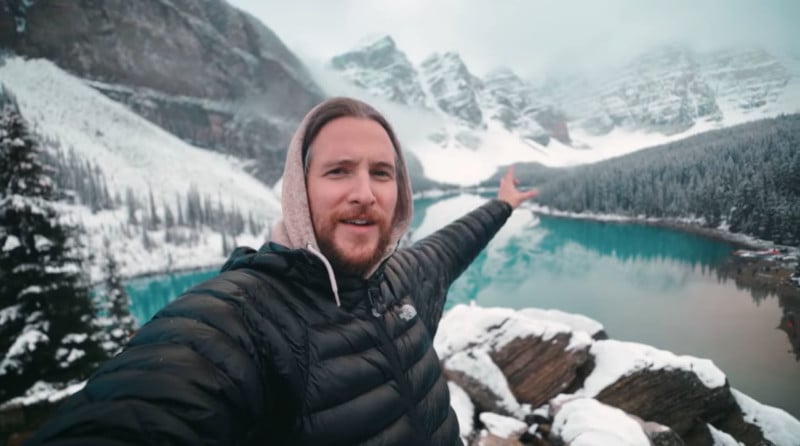 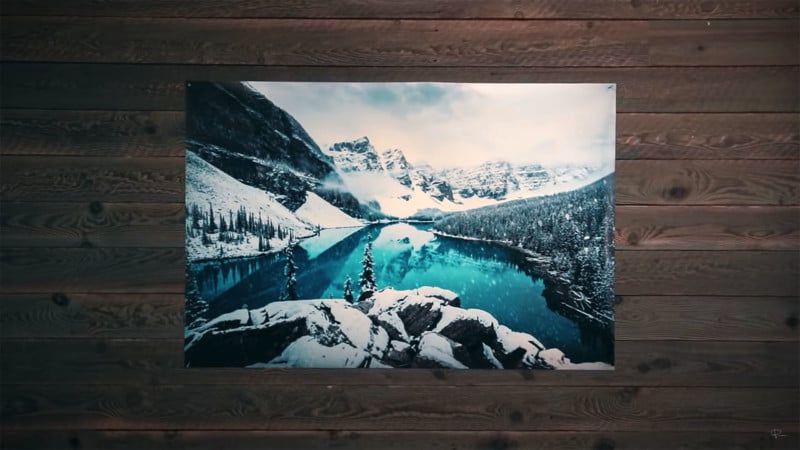 “Photography means something to me,” McKinnon says. “What does it mean to you?”