Photographer and DP Peter McKinnon is not an “iPhoneographer”, but that hasn’t stopped some of his fans from asking for tips on taking better smartphone photos. Since he’s not one to disappoint, he created this useful tutorial to appease the smartphone shutterbugs out there.

The tutorial covers a bunch of ground, but most importantly it shows you how he used a few random household items to create a little “studio” where he could take some high quality smartphone food and product photos.

The setup is just a wooden stump in front of a bucket of dog food on which he placed a book and a bottle of wine. In front of/on that bottle of wine he placed an old cookie sheet and, voila, fancy wood stump platform with a rustic looking background.

Here are a couple of photos of the setup: 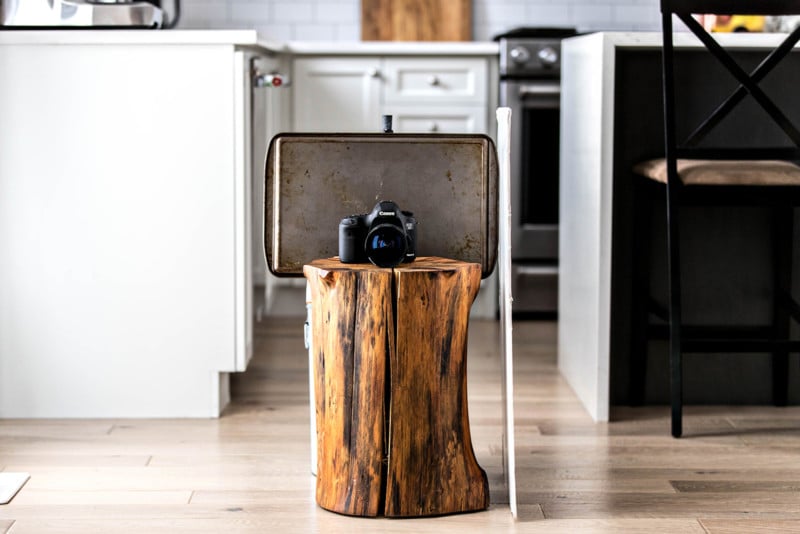 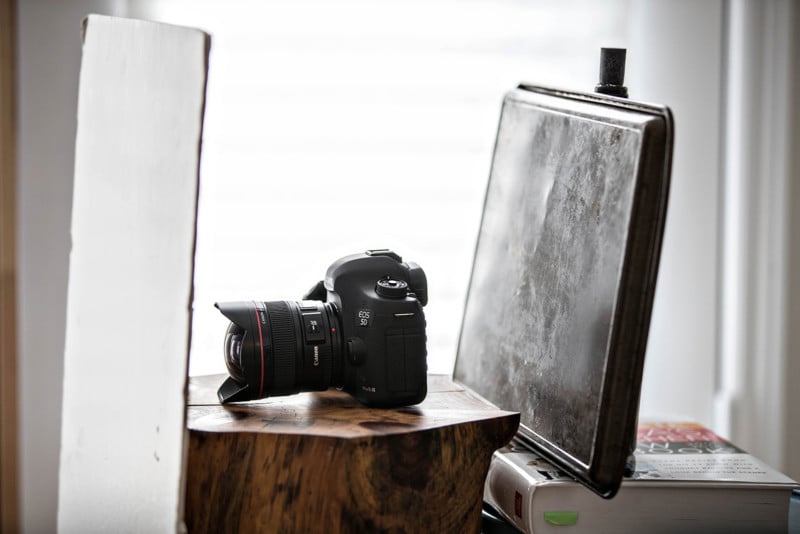 After that, he just started snapping photos. He uses natural light from a window with a cheap foam core “reflector” to add some fill, and then opens up his favorite smartphone editing apps—Snapseed and Lens Distortions—to help turn those okay results into something that looks a lot more professional.

Here are the final shots, including a before-and-after comparison of the first one: 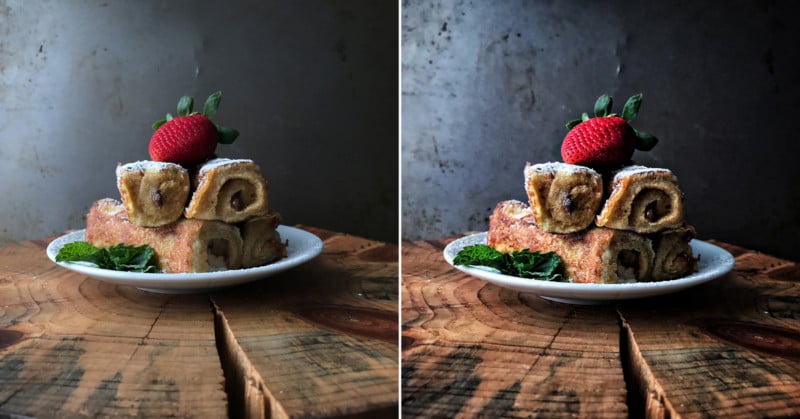 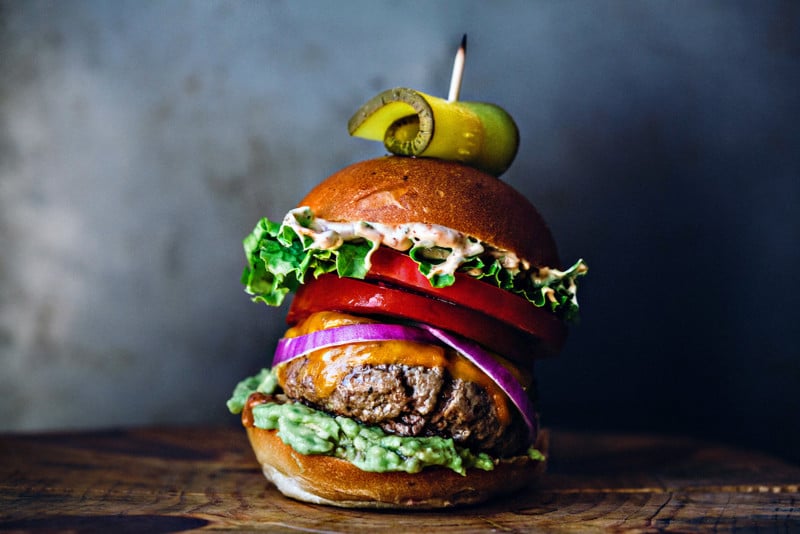 Check out the full tutorial up top to learn about this setup, watch McKinnon use it, and even get some iPhone photo processing advice in the bargain. Then head over to McKinnon’s website or give him a follow on Facebook and Instagram to see more of his (non iPhone) work.

Image credits: All photos by Peter McKinnon and used with permission.

This is the Mother of All Selfie Sticks