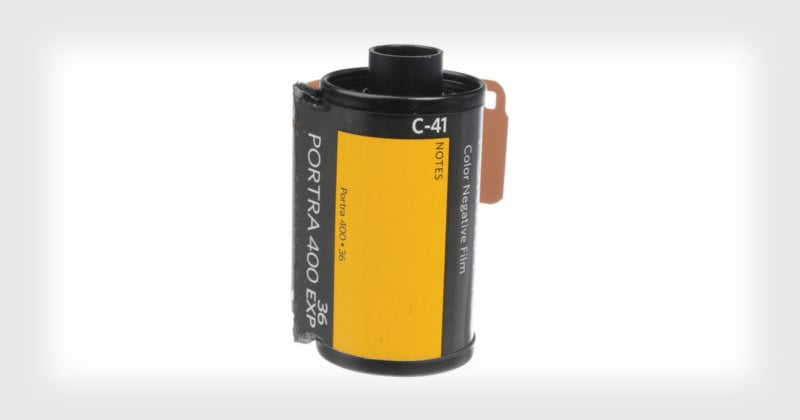 At night, it can be especially difficult getting enough light to shoot film. There are no color emulsions with speeds higher than ISO 800, and most stocks don’t even exceed 400. Pushing enables you to add sensitivity past the recommended ‘box speed’ of your film.

Most labs adhere to the conventional wisdom: film has a maximum latitude of 2 stops. I wanted to see what happens beyond that, pushing it to three.

So what happens when you push sensitivity? It begins with simply setting your camera’s metering to the pushed ISO — in my case, shooting Portra 400 as if it were 3200. The tricky part is in the processing…

To understand this, let’s start with what a quick run through about how film is normally developed commercially.

At most labs with standard Noritsu or Fuji roller developers, the film leader gets pulled out with double-sided tape, cut and then stuck on a leadercard with special blue ‘techtape’ (this prevents it from falling off in the liquid chemicals). The light-sealed door at the front opens and place it on the conveyor belt, close it back up and press start. This diagram explains the path the film takes through the machine: 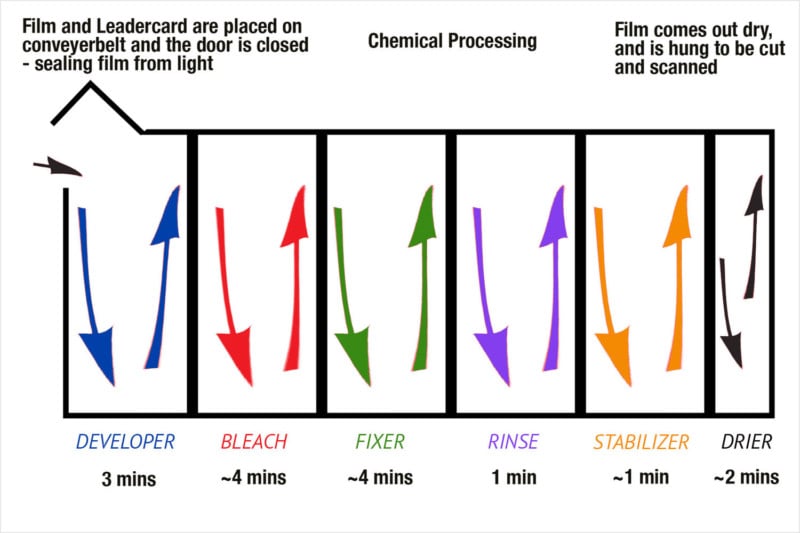 My lab’s machine has fixed developing times. You can alter the temperature of the developer to push, but that means that you slow production while you wait for the tank to adjust. Without a special processor called a “dunk & dip”, the only real option is to process at home with a Paterson tank. So after shooting Halloween Weekend — one roll of Portra 400 and Lomo 800 — my friend Steve and I did just that.

The idea was this- push 3 stops for both rolls and see which one came out better (also, pardon the dust- these were developed at home then carted off to the lab in a plastic bag).

Starting with the Portra (scanned with the FP3000): 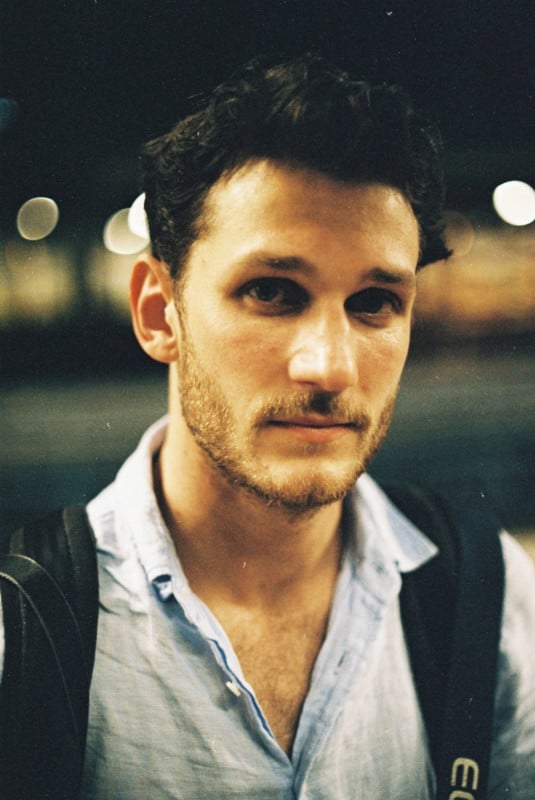 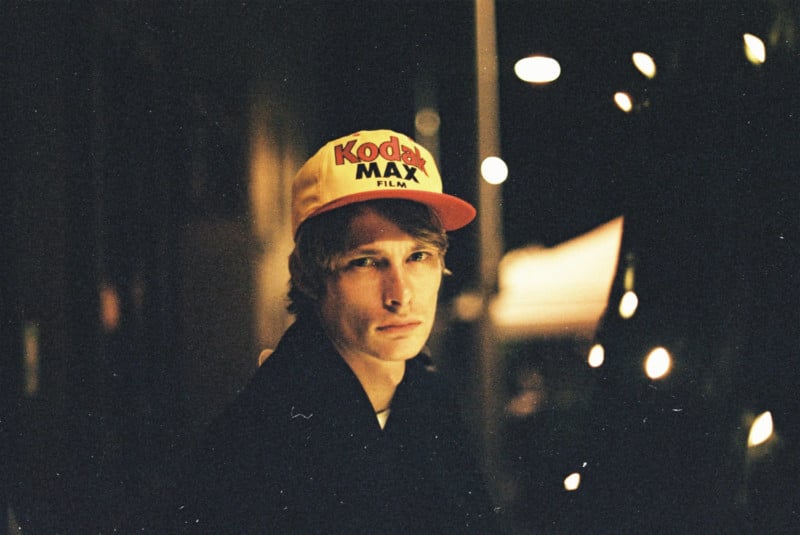 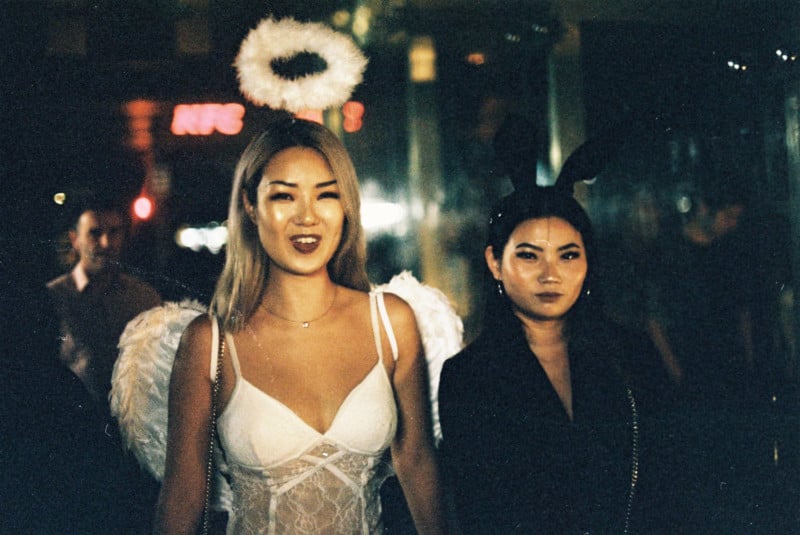 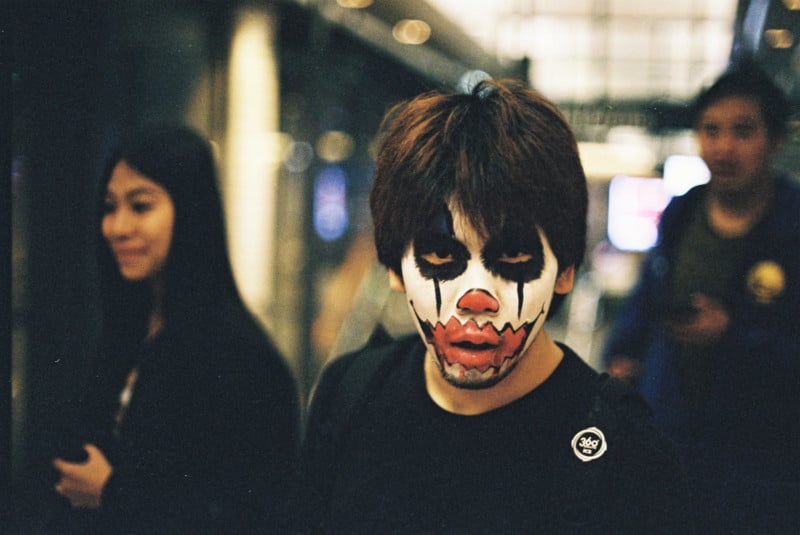 These are from Steve’s roll of Portra, (scanned on a Pakon 135 scanner): 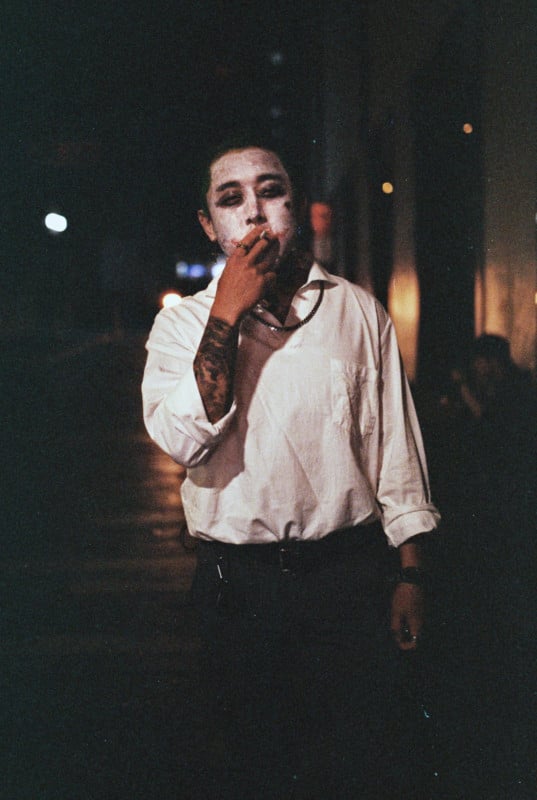 There is a definite color shift to warmer tones, and shot under tungsten light, this is unsurprising. Quite a bit of shadow detail seems to have been lost and those pastel skin tones become a whole lot more saturated- but to be honest, the grain is not as rough as I would have imagined it to be. 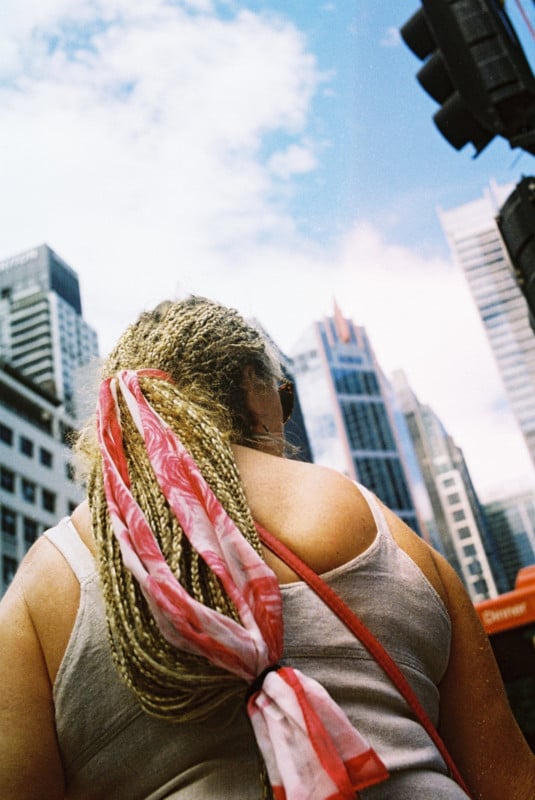 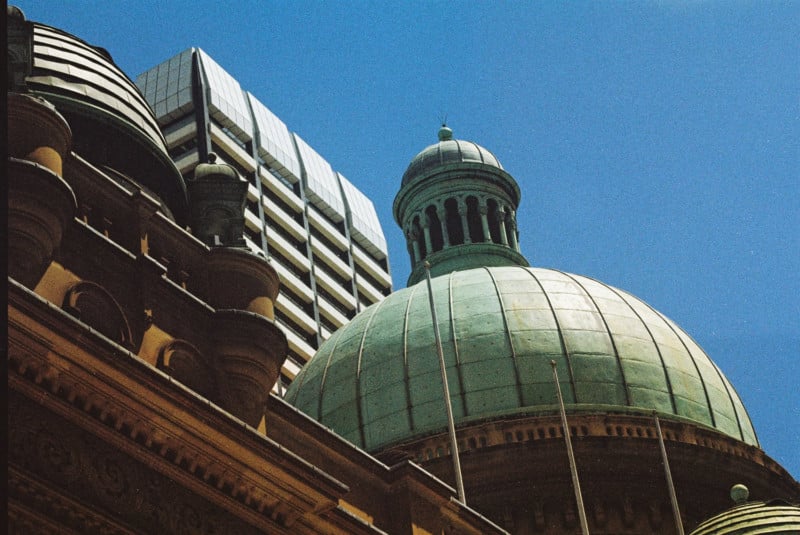 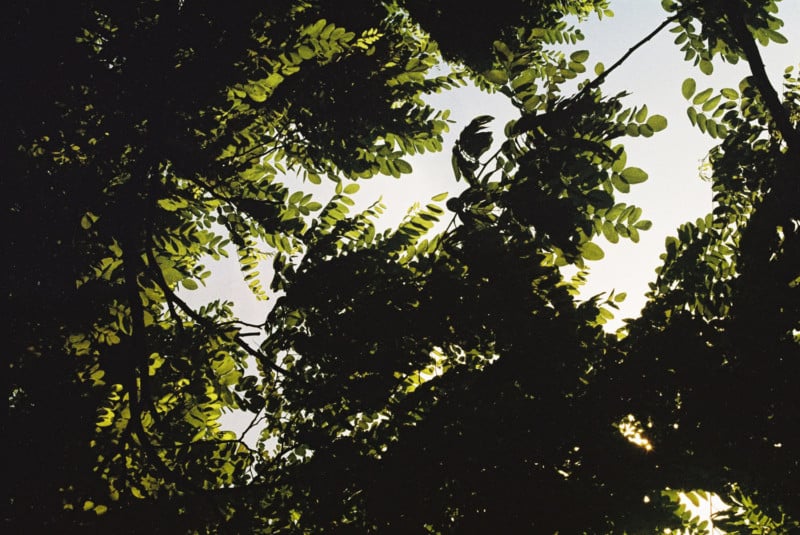 Mostly they look pretty usable as well, but the Lomo 800 seems to also have suffered from more from the strange, albeit correctable, color shift. There are also these strange blue lines in the film which I’m assuming are development abnormalities, but can’t really account for, as it was deved in the same tank as the Portra which have none of these defects.

The Lomo didn’t lose as much shadow detail as the Portra did (this may have also had to do with the way I was metering, as with the Portra I was aiming primarily for the highlights), but in almost all other areas doesn’t look as good. The grain seems coarser, the color shift greater and the mysterious blue cast ruins some frames entirely.

Despite adhering to the +2 stops rule, the 800 performed much worse than the 400 in this test. Admittedly, this is by no means a scientific test- if I wanted to be more accurate I would need to test Portra 400 and 800, side to side under the same conditions. But this was merely to test the hypothetical ‘limit’ of pushing, and it seems that it is indeed possible to pull out usable images from films pushed past their theoretical limit.

P.S. Credit goes to Stephen Saphore who gave me both the idea for this article and the chemicals to develop them in. Check out his website.

Band of Brothers: The Lives and Deaths of War Photographers