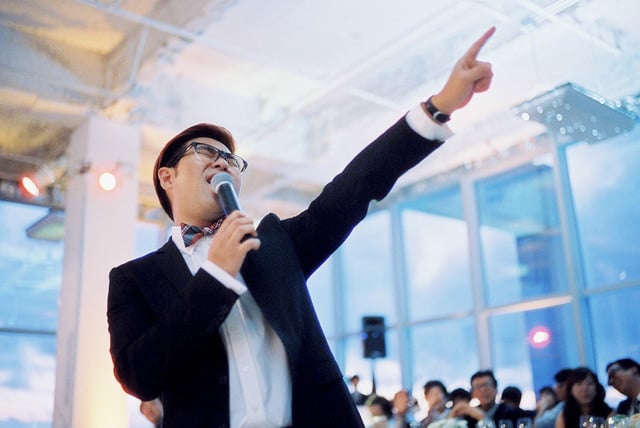 You will be hard pressed to find a reasonable working photographer today, who won’t admit that film still has a place in photography and really offers some unique characteristics, even if they choose to not use it. But often photographers who love shooting digital and don’t want to deal with film attempt to write off and make excuses for why they can’t shoot film. I’d like to offer a rebuttal to such excuses, inspired by a recent thoughtful PetaPixel post.

I love film, but I think there is no need to make any excuses for shooting digitally in this day and age. Digital technology has arrived and is about as good as it can get in its present form. The war is over and peace should reign! Digital is not better than film or vice versa. They are both useful tools in photography, which can have their place in every photographer’s arsenal.

In some ways digital just appeals more to many photographers. In short, it seems easier. That is not to say it does a better job. At The Brothers Wright, we have always shot film and are confident in choosing 100% film in nearly any situation. There have always been bad photos taken on film, just as there will always be bad photos taken on digital.

Just because one can find some underexposed “Red Wedding” photographs published in a “Martha Stewart wedding book from the 80s”, does not mean that is how film looks today — or even how it had to look back then. It’s the photographer who is responsible for the image created, not the technology. Using the technology well is the only way to get the best results from it.

Myth 1. “Low light and film photography is a combination that sucks”

1. Push process film. When you shoot at ISO 6400 you are pushing the sensor and amplifying the captured light. The same thing can be done with film as with digital, with increased grain rather than noise.

2. Use flash. So many digital photographers use flash and claim that it is an advantage on digital. This is simply not true. Flash actually performs much better on film, since objects closer to the flash are overexposed and won’t completely blow out on film. Film has much greater latitude and flexibility than digital.

3. There are really fast lenses. With a fast f/1.4 lens and ISO 400 film you can capture most artificial lighting with a minimum shutter speed equivalent to the lens focal length (e.g. 50mm=1/60th, 35mm=1/30th, etc). A room has to really be uncomfortably dark to require anything above ISO 800 and a fast lens.

4. A photographer has a tripod or a steady hand. You can shoot in the lowest light at even ISO 100 by shooting longer exposures. There are many film cameras out there that produce virtually no vibration or even sound when the shutter is released. If you hold these cameras correctly and time your shot like a sniper you can produce sharp images at 1/8th or even 1/4 sec.

If a photographer quickly places a camera on a tripod and makes much longer exposures, they can shoot at any ISO or aperture.

Again, as if fun party shots did not exist before digital? Here are just a few ways that film can offer something High ISO digital does not… Unique nuances from vintage cameras with direct flash.

Amazing flexibility with rapidly changing light and fidelity with extreme color lighting, since film won’t block up from the gamma peaking in one channel.

And say goodbye to beautifully lit digital portraits too? The capture does nothing to change the lighting. Most digital photographers will scour for some good artificial light or add their own off camera flash. The exact same thing can be done with film. No difference.

Not entirely untrue, but it rarely does in our experience. If there is a screw up, with film or digital, it is usually the photographer’s mistake regardless of the medium. And if you do “screw up”, with film you may only lose 12-36 images rather than 1,000 (and a second card slot doesn’t help if your 5D Mark III is stolen or it is accidentally set to JPEG small, etc.).

Rarely, a camera may fail and in the heat of shooting the photographer may screw up and not catch it. With film, it’s easy to shoot a second lightweight film camera for backup images. Or dare I say, a digital backup camera. And as a side note; sometimes a film “screw up” can make a great happy accident rather than no image at all on digital. Film rarely turns out blank or unusable, since light is actually being permanently charged to a single use capture.

Film can perform under natural light in ways that are very difficult to replicate any other way. Which is why a lot of natural light photographers covet film, and try to emulate it even if they don’t always utilize it. But again, the capture medium does not change the light. You can find good light or create your own. Capture it any way you choose, just make sure you expose correctly.

I know that many will continue to further myths about film, and claim that they aren’t insulting film. But again, it is not the tool you choose that is solely responsible for bad images. Only the people creating the images can be held responsible for that. We have fully covered hundreds of weddings on film, and never once received a complaint about the performance of film.

Film has been around for over a hundred years, and will remain for a hundred more. Modern film technology today is better than ever, and why not try the new stuff as it keeps improving, or at least keep it as an option?

Modern films that photographers should try out:

To name a few photographers who shoot film:

About the author: Brian M. Wright is a photographer based in Los Angeles, California, and the co-owner of The Brothers Wright Photography, through which he shoots wedding work with his twin brother. You can find more of his work on his website, blog, and Facebook.