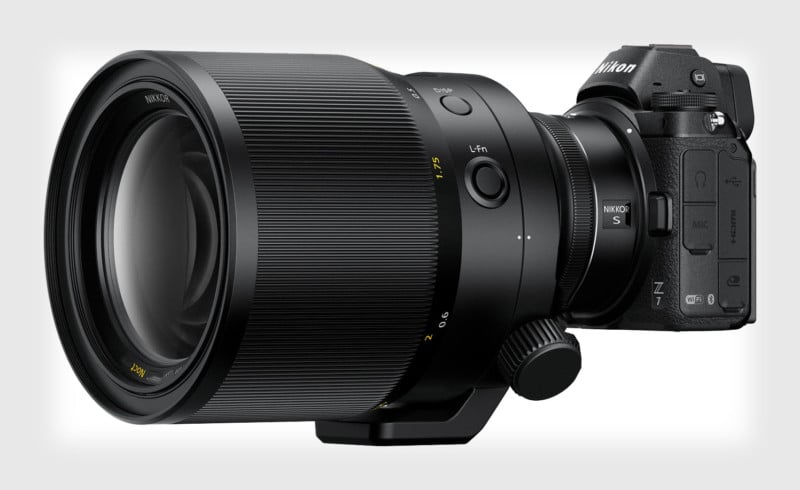 Nikon’s new full-frame mirrorless Z lens mount is designed to be futureproof over the next 100 years and “redefine possibilities.” How crazy are the possibilities? Get this: the Z-mount could theoretically accept lenses with apertures as large as f/0.65.

Gillet states that the main limitation of the Nikon F mount is that it can’t physically support autofocus lenses faster than f/1.4. The new Z mount shatters that barrier, as evidenced by the upcoming Nikon 58mm f/0.95 Noct Z-mount lens.

Nikon has also patented a 52mm f/0.9 lens. But how fast could the system’s lenses theoretically be?

“For the record, Nikon’s optical engineers have calculated that the Z mount can accept lenses up to f/0.65,” Gillet reveals.

Again, this is what’s theoretically possible and not what’s actually probable in the Z mount’s future.

The Nikon 58mm f/0.95 already has a razor-thin depth-of-field of about a fingernail’s length when shooting head and shoulder portraits, so one can only imagine how impossible it would be to shoot an f/0.65 lens wide open.

And the size and weight of an f/0.65 lens would be the antithesis of the portability promised by mirrorless cameras.

Page Markers Can Give Your Photos a ‘Light Leak’ Look