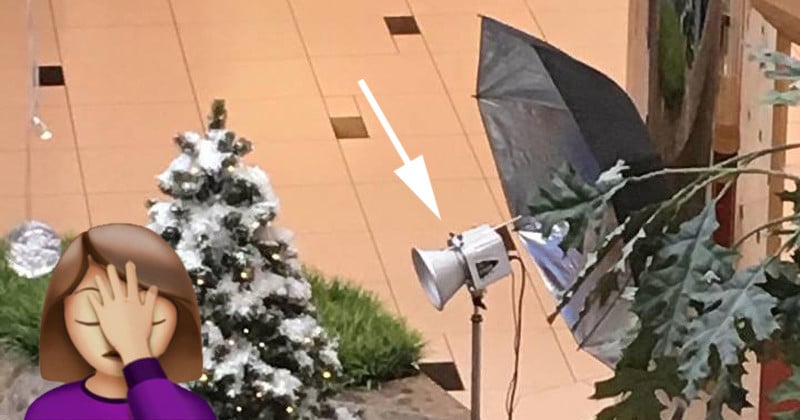 Photographer Holly Romaya was walking through a local mall in the Detroit metro area recently when she noticed something peculiar about the mall Santa photo area set up for kids portraits. It seems the people responsible for setting up the lighting equipment don’t actually know how it’s supposed to work.

“As I was walking through my local mall, I saw the Christmas set up and took a peek at their setup,” Romaya tells PetaPixel, “and I said to myself, ‘Oh dear… That’s not right and it will give horrible light.'”

Here’s how the AlienBees flash unit and umbrella were arranged: 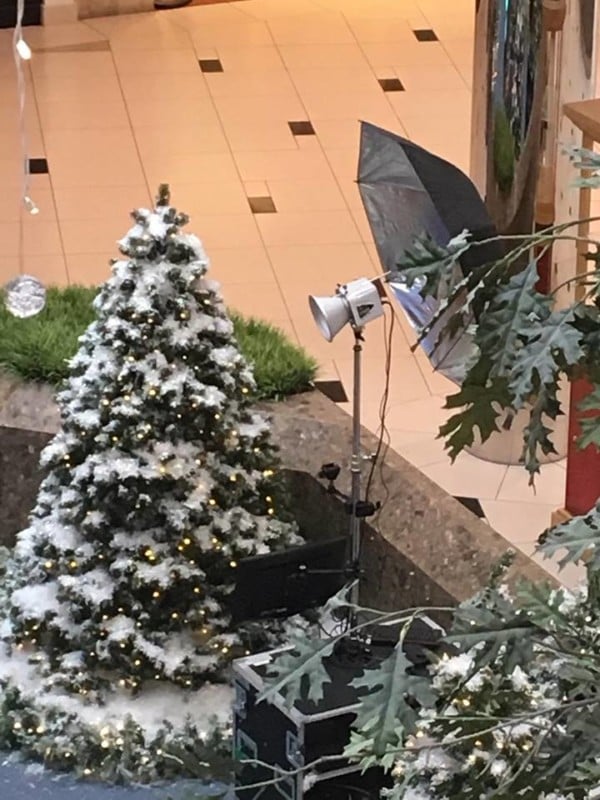 Reflective umbrellas are used with the flash firing into them. The purpose is to expand the light source and produce a broader, softer light than you get with the flash pointed straight at the subject. Here’s a crash course: 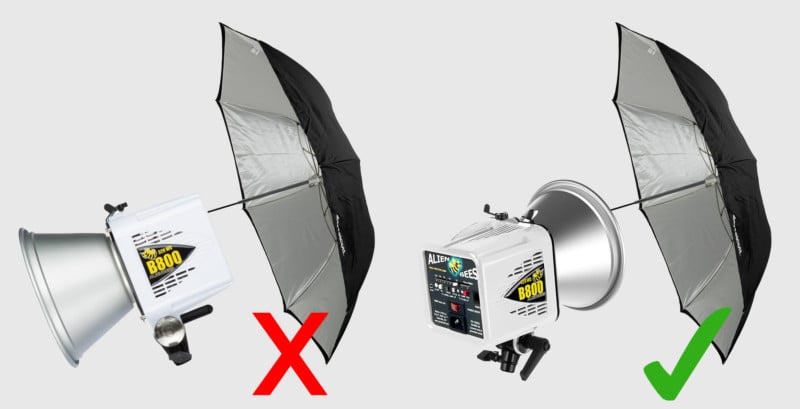 Romaya, the photographer behind Madelyn Grace Photography, talked to the mall employees who set up the displays, but they claimed it hadn’t finished getting set up yet.

“I am going to go back when they start photos to see if they fixed it, and if not I will be following up with management to find out why they are not setting it up properly,” Romaya says.

She doesn’t have high hopes of it getting fixed, though: Romaya says the lighting was set up exactly the same way during the whole Christmas season last year without anyone noticing or fixing it…

Update: It seems this mall’s photo team isn’t alone in this way of using a reflective umbrella. West Virginia-based photographer Perry Bennett noticed a local photobooth service doing the same thing, and they insisted their setup was correct.

There is a local "trendy photobooth thingy" that has it set up the same way. When I told them/showed them their error, they claimed they were right. #whatever 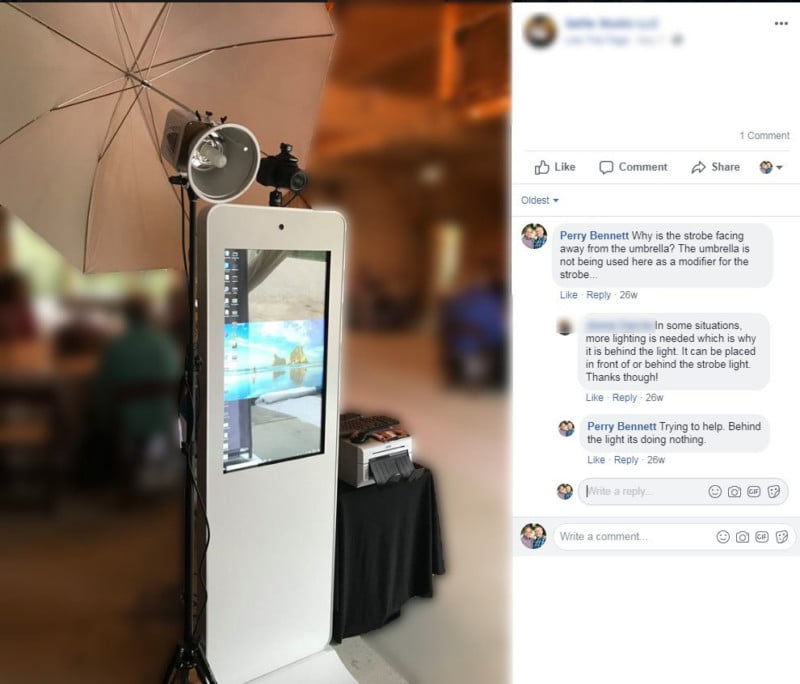 Image credits: Photographs by Holly Romaya and used with permission

What It’s Like Shooting Tokyo for Nikon Using Prototype Cameras

7 Essential Lightroom Tricks I Use Daily