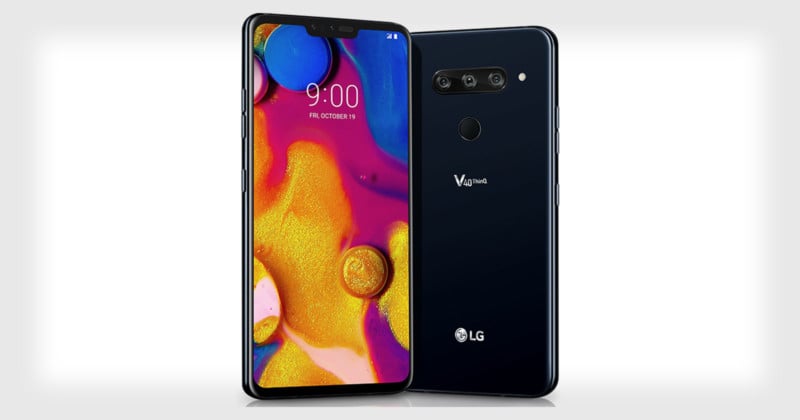 LG has unveiled the new V40 ThinQ premium smartphone. It’s the world’s first smartphone to feature five separate cameras — three on the back and two on the front — and is designed “to redefine the standard of smartphone photography,” LG says.

“The three lenses allow for shutterbugs to frame different shots without changing position relative to the subject,” LG says.

On the front of the camera are a 5MP wide-angle lens and an 8MP standard angle lens for selfies.

Working together, the two front-facing cameras can capture self-portraits with a bokeh effect featuring a shallow depth-of-field. A slider on the screen allows you to choose how much background blur you’d like to see in the selfie. There are also lighting and special effects for further adjusting the look of selfies.

Compared to its predecessor, the LG V30, the V40 ThinQ has a main rear camera image sensor that’s 18% larger with 40% larger pixels (1.4μm, up from 1μm). The main rear camera also has half the shutter lag, 50% faster Dual PDAF autofocusing, and a “significantly faster” burst mode.

A new intelligent feature in the camera is the AI Composition functionality of the AI CAM. It frames, captures, and recommends alternative photos to the ones you shoot, in case you think it did a better job at capturing what you were aiming for. 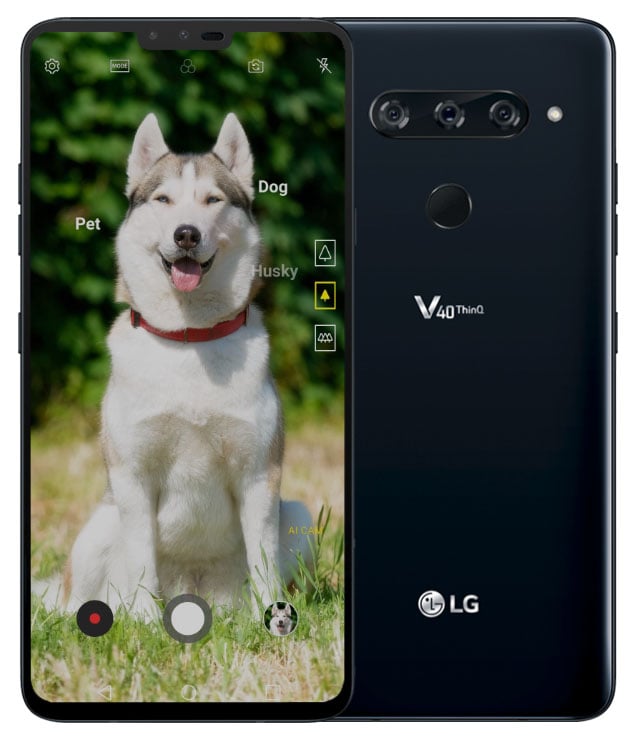 The LG V40 ThinQ will cost between $900 and $980 depending on which carrier you purchase it though, and it’ll be available in the US starting October 18th, 2018.