AMVR has taken mobile video recording to the next level, at least for Android users. The latest update to the open-source camera app, MotionCam, lets users shoot 10-Bit CinemaDNG RAW video using an Android device. AMVR notes that the app is still in development and only a few devices perform correctly, but those that do are showing significant jumps in video quality thanks to RAW capture.

In the video above, AMVR recorded RAW10 format footage on modded LG V35 Signature Edition and LG V40 smartphones. It should be noted that in order to record such high-quality video, users need an Android device that is capable of keeping up performance-wise and has plenty of memory to store the footage because unlike standard video that record clips as a single file, RAW video instead records a sequence of images at a fast frame rate that are combined into a single clip either by software or in editing. 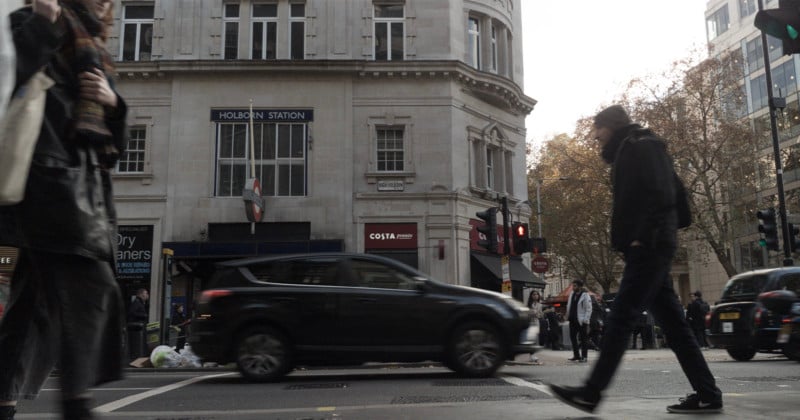 The jump in video quality is easily noticeable because every frame holds the whole RGB data, the full-color information, and dynamic range, delivering cinematic footage. The video can then be edited in apps that support CinemaDNG RAW files.

Mobile filmmaker Patrick Levar also tested out the app. He used Motion Cam on a Samsung Note 8 and says he was impressed by the resulting quality of the footage.

While smartphone camera quality has been steadily improving, it still usually comes up short from what can be made using dedicated cameras with larger sensors and higher-quality optics. That said, with the recent addition of RAW photo capability on a range of devices as well as the addition of ProRes HQ on Apple iPhones, the level of detail and quality of footage continues to rise.

Finally, though, Android is seeing an update that goes beyond what is possible on an iPhone. RAW video is considered to be what allows filmmakers to capture as much detail in a scene as possible and will fully maximize a sensor’s dynamic range. The quality shown from shooting in RAW on the AMVR app is leaps and bounds better than what is normally expected from a smartphone, especially considering the original examples are captured on older LG smartphones, which are older and not generally seen as having particularly great cameras.