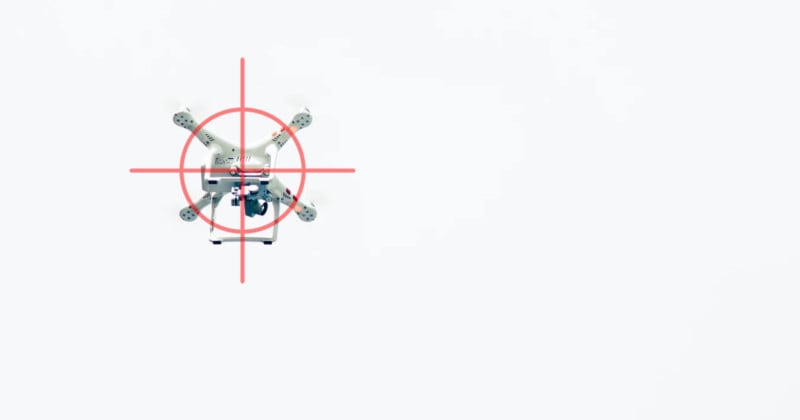 The U.S. Senate has passed a bill that will give authorities permission to shoot down private drones that are determined to be “threats.” The proposed law has sparked an outcry from civil liberties organizations.

TechCrunch reports that the FAA Reauthorization Act was passed on Wednesday after it passed through the House of Representatives in April.

In addition to renewing the funding of the FAA until 2023, the bill includes other provisions that are geared toward modernizing the country’s aviation laws.

One of these updates gives the government the right to “disrupt,” “exercise control,” or “seize or otherwise confiscate” drones that are determined to be “credible threats.” In other words, authorities will be able to capture or shoot down your drone without a warrant.

As you might expect, civil liberties and rights groups aren’t happy about this impending law.

“These provisions give the government virtually carte blanche to surveil, seize, or even shoot a drone out of the sky — whether owned by journalists or commercial entities — with no oversight or due process,” the ACLU tells TechCrunch. “They grant new powers to the Justice Department and the Department of Homeland Security to spy on Americans without a warrant,” and they “undermine the use of drones by journalists, which have enabled reporting on critical issues like hurricane damage and protests at Standing Rock.”

“The FAA reauthorization is simply not the place for these dangerous provisions,” the EFF writes. “If lawmakers want to give the government the power to hack or destroy private drones, then Congress and the public should have the opportunity to debate how best to provide adequate oversight and limit those powers to protect our right to use drones for journalism, activism, and recreation.”

On the other hand, DJI, GoPro, and other major industry players are celebrating the passage of the bill. Their Alliance for Drone Innovation has released a statement congratulating the House and Senate for pushing it through.

“The Alliance for Drone Innovation is thrilled that House and Senate leadership worked tirelessly together and with input from industry to pass legislation that provides a long-term FAA authorization and reinforces the agency’s central role in regulating the National Airspace System,” says ADI Executive Director Jenny Rosenberg. “This bill confirms Congress’s intent to support the ongoing work to safely integrate drones into our airspace. We applaud the critical new tools that FAA will have to help ensure drones and traditional aircraft can safely share the skies.”

The bill now moves to the White House, where President Trump is expected to sign it into law.

Image credits: Header illustration based on photo by Clem Onojeghuo