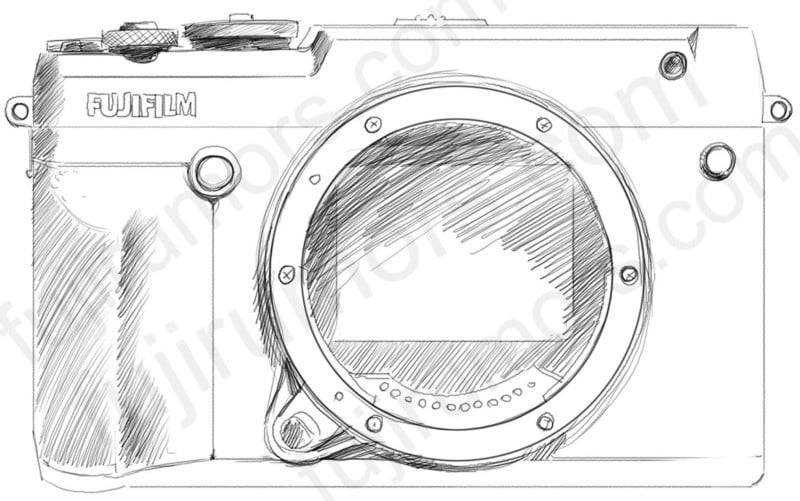 Fujifilm will reportedly be announcing an “affordable” medium format mirrorless camera called the GFX 50R on September 25th, and now new sketches are giving us a first look at the camera’s physical design.

Fuji Rumors published these two sketches showing the front and back views of the camera. 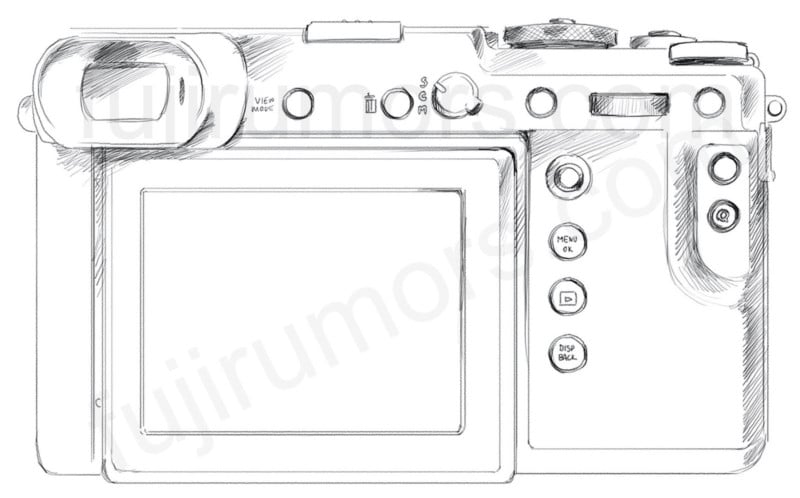 The sketches were drawn by the same source that previously leaked the designs of the Fujifilm X-Pro2 and X-H1 to Fuji Rumors.

Other rumored features and specs according to Fuji Rumors include dual SD card slots, an electronic-only viewfinder, a 2-axis tilt screen, and a price tag around $4,500.

Stay tuned for the official announcement at 7:30 AM EST on September 25th, where Fujifilm is also expected to announce the development of a 100-megapixel medium format mirrorless camera.