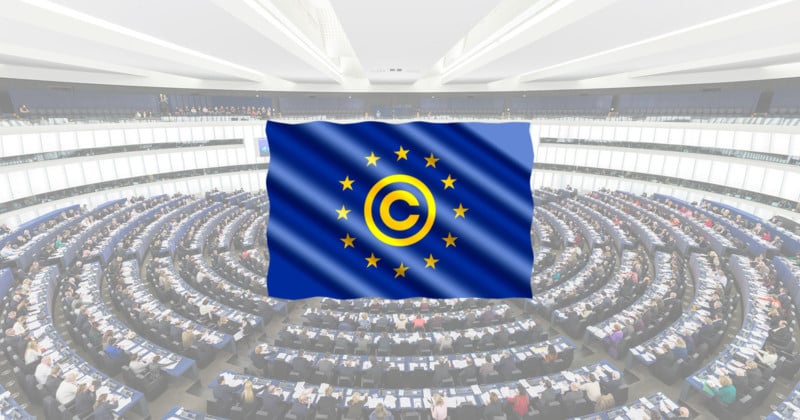 The European Parliament yesterday voted in favor of the highly controversial EU Copyright Directive, which is intended to bring EU copyright laws into the Internet age. Critics have called the directive “disastrous” and warned that it could fundamentally destroy the open Web.

One of the most debated sections of the directive has been Article 13, which contains what critics have called an “upload filter.” According to the article, online content sharing websites would be liable for copyright infringement occurring on their platforms unless they implement “effective and proportionate measures” to “prevent the availability of specific [unlicensed] works identified by rightsholders” and act “expeditiously” to remove copyright infringements while showing they’ve made “best efforts” to “prevent their future availability.”

Disappointed with #Copyright result. Article 11 & 13 virtually unchanged, this is not good for the future of tech in Europe, & I don’t believe it will help creators either but it will introduce filtering. Much more legal content will get taken down. pic.twitter.com/pS8olzlGyS

Critics argue that Article 13 would force Internet companies such as Facebook, YouTube, Flickr, Instagram, and 500px to implement a scanning system that analyzes every single piece of piece of content being uploaded for copyright violations. While that may sound like a helpful copyright protection measure for content creators such as photographers, notable companies, groups, and individuals have been warning that it could have disastrous consequences.

Those that have spoken out against the EU Copyright Directive include the Electronic Frontier Foundation, the Creative Commons, Reddit, Wikimedia, and YouTube.

.@EP_Legal has adopted both Article 11 (#linktax) and Article 13 (#CensorshipMachines). It’s a dark day for the open web, but the fight will continue in the upcoming plenary vote in the European Parliament. #SaveYourInternet #SaveTheLink #FixCopyright

Disappointing outcome today in the EU copyright vote. We're concerned about what this means for the open internet and creators large & small. We will keep the YouTube community informed as we learn more.

A group of 70 top tech leaders also sent a signed letter to European Parliament President Antonio Tajani back in June, expressing their opposition to the directive.

“By requiring Internet platforms to perform automatic filtering all of the content that their users upload, Article 13 takes an unprecedented step towards the transformation of the Internet from an open platform for sharing and innovation, into a tool for the automated surveillance and control of its users,” the letter states. “The damage that this may do to the free and open Internet as we know it is hard to predict, but in our opinions could be substantial.”

Other critics argue that the directive would effectively kill the world of online “memes,” the viral pieces of media that often included copyright content.

Wikipedia tells The Verge that the directive also fails to provide protections to freedom of panorama across the EU. Freedom of panorama would allow photographers to photograph things like cityscapes without having to worry about including copyrighted buildings and sculptures in the frame. A petition for saving that freedom received hundreds of thousands of signatures in 2015.

But there are (obviously) supporters of the Copyright Directive as well. They’ve argued that the widespread opposition seen has been fear, uncertainty, and doubt being sown by large Internet corporations looking out for their own interests.

The vote on the Copyright Directive was 438 in favor and 226 against.

The Verge reports that hope is not lost for opponents of the new directive — there’s still a final vote in January 2019, and after that, the new law would need to be interpreted and implemented by EU member states.

Image credits: Header illustration based on photo by Diliff and licensed under CC BY-SA 3.0