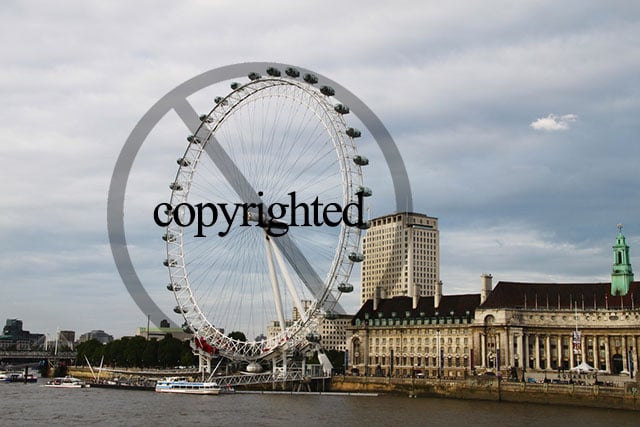 Should photographers be able to include copyrighted public building and sculptures in photos without having to worry about payment or permissions? The concept is called “freedom of panorama,” and it’s currently under attack over in Europe.

The Signpost, Wikipedia’s community-run newspaper, reports that on June 16th, 2015, the Legal Affairs Committee of the European Parliament added an amendment to a major copyright reform report that states the following:

Considers that the commercial use of photographs, video footage or other images of works which are permanently located in physical public places should always be subject to prior authorisation from the authors or any proxy acting for them;

The full European Parliament will reportedly be voting on the reform on July 9th, 2015. If passed, this law would unify the freedom of panorama laws across Europe in a way that restricts the rights of photographers shooting in public.

Instead of being able to photograph, publish, and sell images that include copyrighted buildings and sculptures, photographers would be forced to seek permission from each copyright holder (and possibly pay usage fees as well).

“This would end a long-standing tradition in many countries that the skyline and the public scene should belong to everybody,” The Signpost says.

Here’s what the current state of Europe is for freedom of panorama laws. 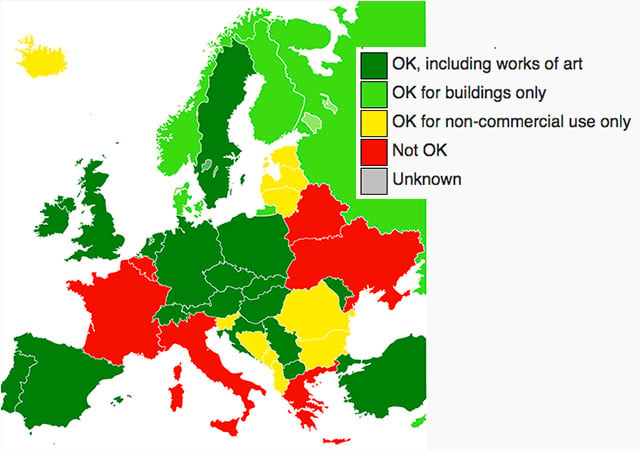 If this new copyright reform were to pass, all EU countries would be turned to either yellow or red.

To show how damaging the law would be, The Signpost put together a number of example photos in which copyrighted buildings and sculptures are blacked out:

Photographers can help to preserve the freedom of panorama in Europe by contacting Members of the European Parliament and voicing their concerns over this proposed clause. It “may be overturned in the full vote of the Parliament on 9 July—if enough individual MEPs can be persuaded to go against the Legal Affairs Committee’s current text,” writes The Signpost.

Image credits: Header illustration based on photo by Martie Swart