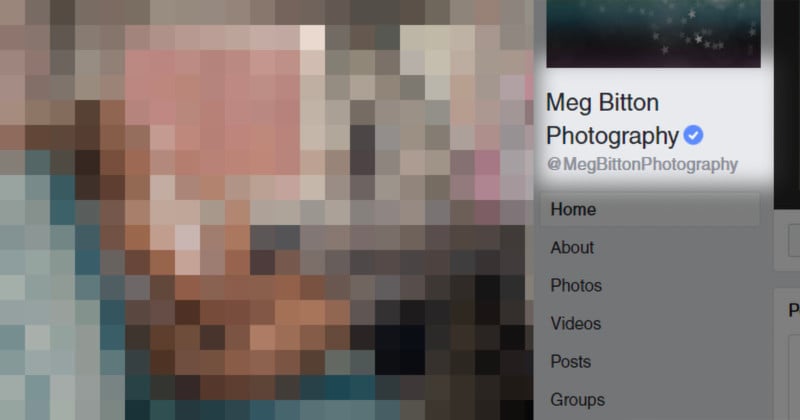 Well-known child photographer Meg Bitton has sparked a firestorm of controversy over the manner in which she photographs young, underage girls who model for her portraits and workshops. Bitton is accused of sexualizing the children and putting them in inappropriate scenes that suggest things such as prostitution and drug use.

Criticism over Bitton’s work erupted earlier this month after an anonymous author published two articles titled “Let’s talk about Meg Bitton” about Bitton’s work and practices on a WordPress site hosted at boycottmegbitton.wordpress.com. Fstoppers followed up with an article a couple of days later.

Bitton exploded back into the public eye back in 2016 thanks to this photo and post that went viral:

BoycottMegBitton accuses Bitton of attracting attention to her work by posting controversial photos, waiting for the images to “hit a fever pitch,” and then removing the “click bait” photos from her online record. Over the years, Bitton has amassed over 300,000 followers on Facebook alone.

While many of her controversial photos have been deleted from social media, the images that remain continue to show a pattern of photographing young made-up girls in suggestive outfits and poses.

Her Facebook gallery continues to contain a promotional image she posted for a “Wild Child” workshop:

But it’s the photos that have been wiped from the Web that have people calling for a boycott of Bitton’s work and workshops.

One controversial photo showed a young girl in a skimpy outfit sitting behind a steering wheel with a cigarette.

This is a completely appropriate way for a photographer to ask for a child to pose pic.twitter.com/oxPE9DXPey

In another photo, two girls are photographed hugging… except one of them has a rolled up bill tucked into her shorts.

Lots of girls this young find themselves in relatable situations like this. Especially with the rolled up 100 dollar bill tucked in her shorts. pic.twitter.com/xcrelJTLWG

One photo shows a girl in underwear and a shirt that promotes the legalization of marijuana:

In another set of photos, girls in skimpy outfits are seen embracing and also surrounding a man with a walkie-talkie in his back pocket.

I really enjoy this art. pic.twitter.com/0bUqnbrj2v

“They’re wearing knee high boots and platforms,” BoycottMegBitton writes. “I’m pretty sure that’s a reflection of water in the background. And that man is older than them. And has a walkie talkie in his back pocket. That’s a pimp. These girls ware working a dock.”

Some of the controversial themes and photos were reportedly part of workshops that Bitton held to teach other photographers her ways.

Bitton has had strong words (and bans) for people who have criticized her practices on social media. 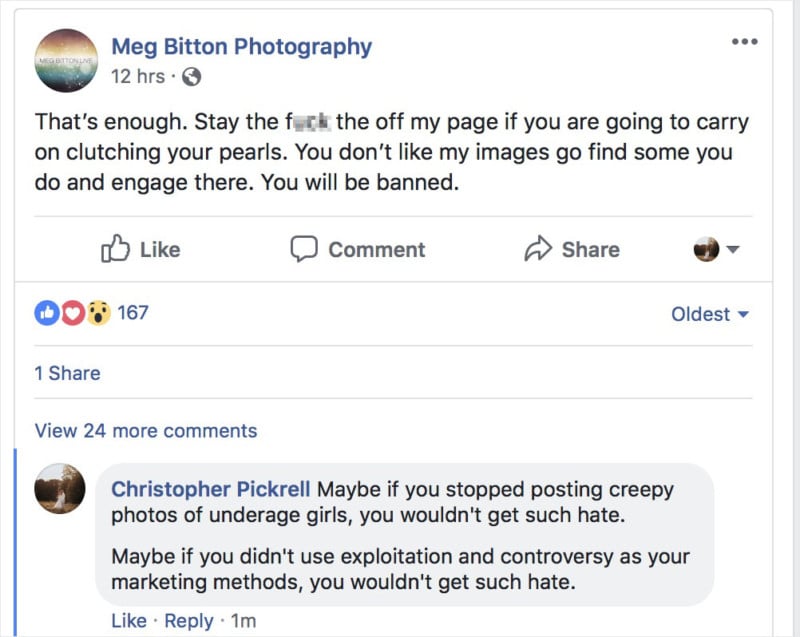 In another response, Bitton told her followers that her photos tell a story of New York City and her childhood in the 1970s. 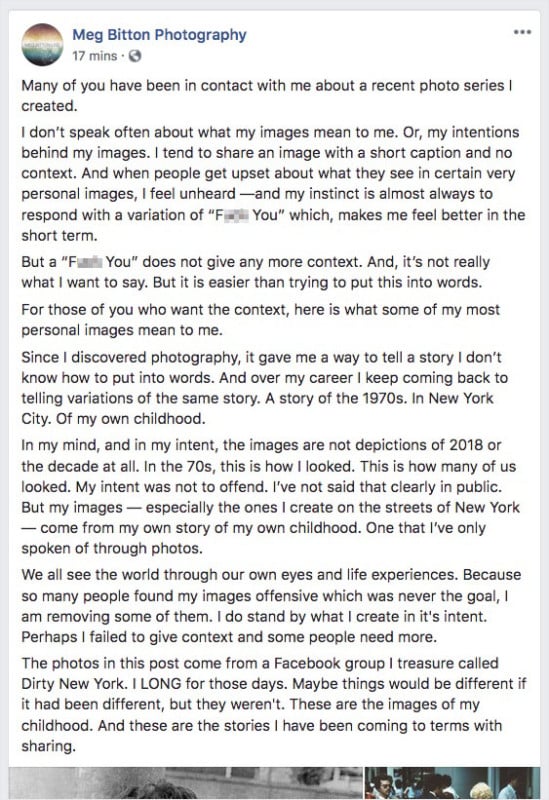 While many of Bitton’s fans have come to her defense on social media, Bitton is receiving widespread criticism and condemnation for her work. An ongoing online petition started by a “Concerned Citizen” has received over 6,000 supporters who are calling to have Bitton removed from Facebook and Instagram (where her account is now private).

“If a middle aged man shot these photos, we would be having a very different discussion,” BoycottMegBitton writes.

We reached out to Bitton for comment and she has yet to provide answers to questions we posed in writing. Bitton did say that she is dealing with her mental health at the moment, presumably as a result of the controversy and outrage her work has created (outrage that allegedly may even have included death threats made against Bitton).

How Still Life Came to the World of Photography

My Quest for the Perfect Polar Bear Picture