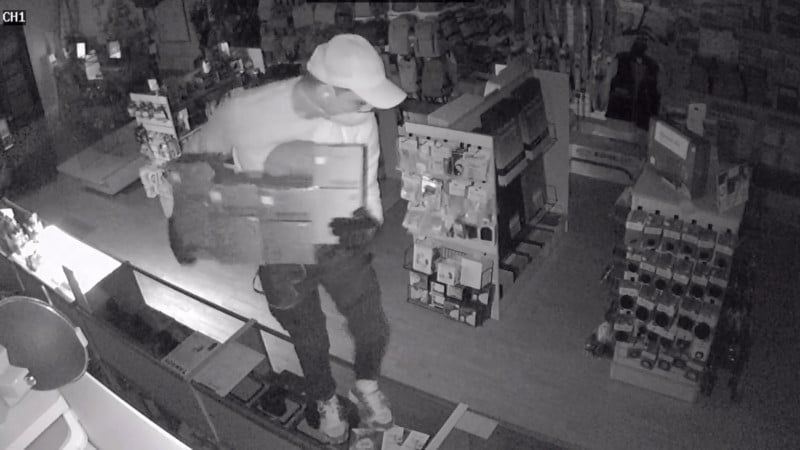 It seems that burglars are increasingly targeting camera stores across the United States, going as far as to cut holes in buildings (or ramming holes with cars) in order to steal thousands upon thousands of dollars worth of equipment in a matter of minutes.

The Inland Valley Daily Bulletin reports that while the break-in increase is being felt by camera shops (and camera gear rental companies) nationwide, stores in Southern California have been hit particularly hard over the past couple of years. There have been at least 11 burglaries of photo stores in SoCal since December 2016.

In addition to opening holes, smashing windows, and prying doors open, burglars are even breaking into adjacent businesses just to punch a hole in the adjoining wall to the camera store.

In many cases, burglars apparently know exactly what to target for the highest resale values: some head straight for Leica and Hasselblad gear once they’re in the shop. At Pro Photo Connection in Irvine, California, in early May, burglars managed to make off with $160,000 in gear in less than half an hour.

Store owners tell the Bulletin that they believe many of the break-ins are connected and that the stolen camera gear immediately gets taken to the dock and shipped to South America to be sold on the black market (in order to avoid having the serial numbers traced in the US).

There’s also a common discontent among store owners regarding how local police departments are responding to the burglaries — aside from writing up reports that help owners collect on insurance, police departments reportedly haven’t launched major investigations into the growing problem.

And while some owners have gone to great lengths to install countermeasures to deter burglaries, determined burglars are finding ways around them. When one store owner put up metal walls, thieves melted holes in three of those walls and climbed in, the Bulletin reports.

“These guys are selling millions of dollars worth of goods, and they’re getting away with it,” Midwest Photo owner Moishe Appelbaum (whose store was burglarized last year) tells the Bulletin.

My Photos of Kyrgyzstan, The Hidden Gem of Central Asia

This Eclipse Photo Was Shot from a Commercial Plane at 39,000ft