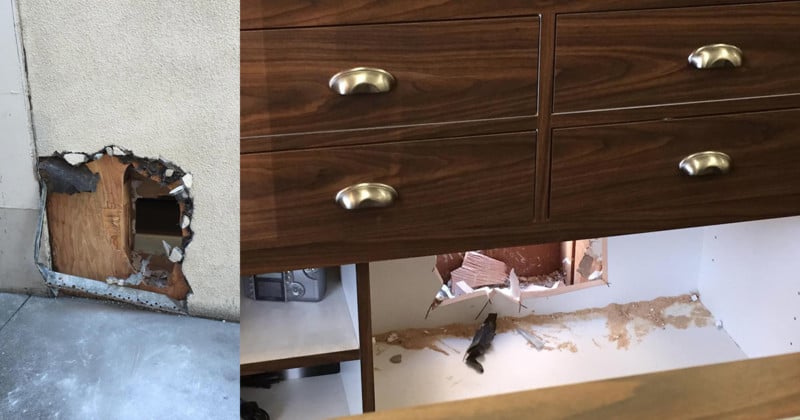 A professional camera store in Palo Alto, CA opened the store on Monday morning to find a nasty surprise: they had been robbed through a hole some crooks had cut into the wall behind the Nikon display case.

Keeble & Shuchat Photography on California Ave are out tens of thousands in camera equipment this week, but this wasn’t the typical (or even extreme) smash and grab where the thieves break in through the front of the store. Instead, the robbers came in through the alley, breaking through the plaster and sawing a hole in the Cabinet below the store’s Nikon display case.

Reddit user my2wins happened to walk into the store yesterday morning just as the owners were assessing the damage, and took some pictures to show how the thieves got in: 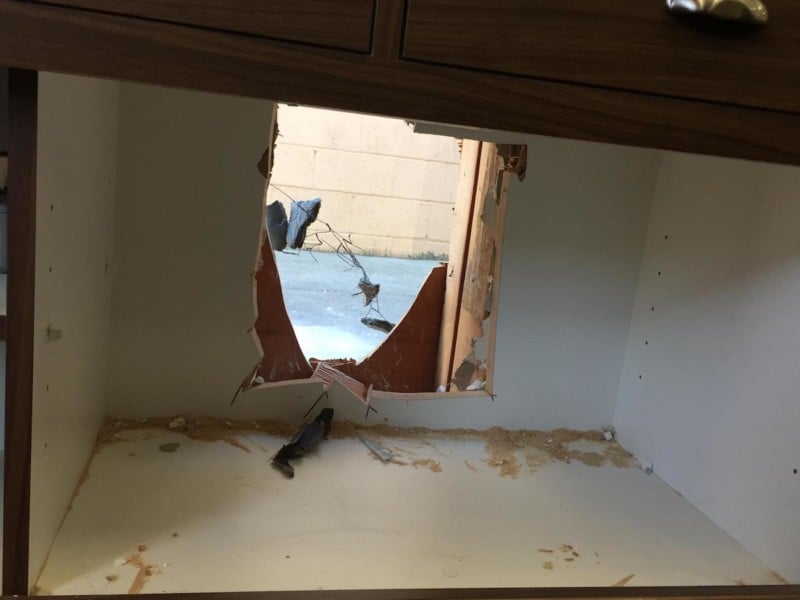 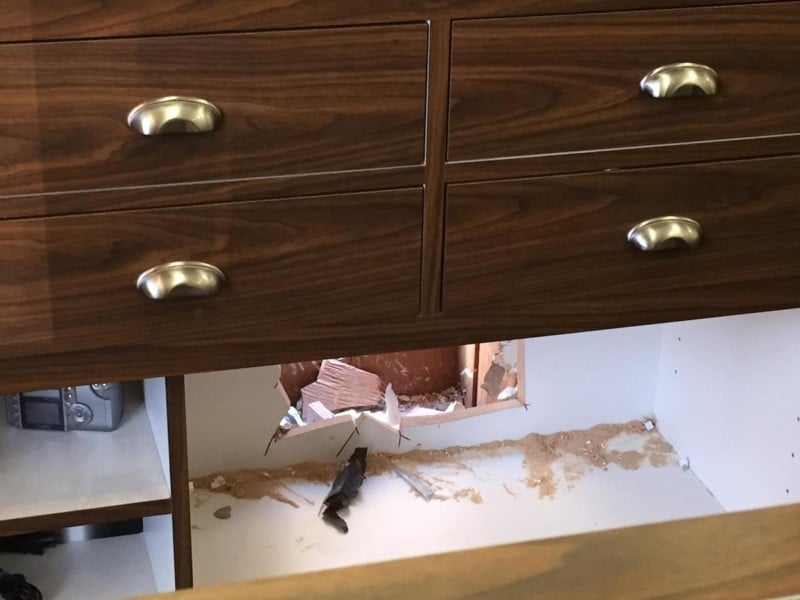 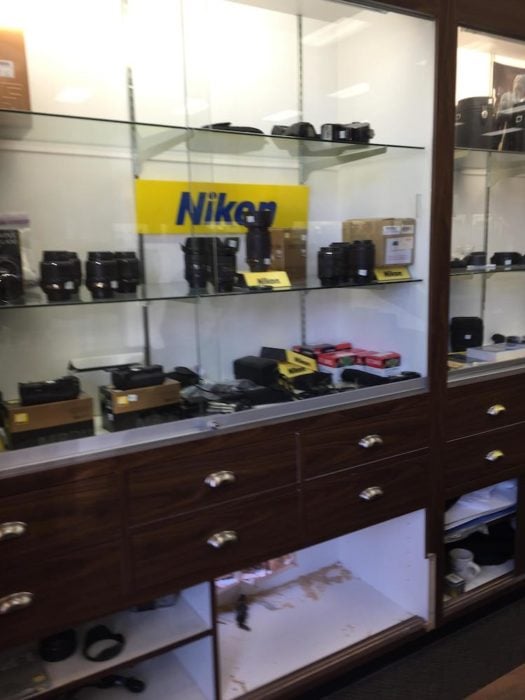 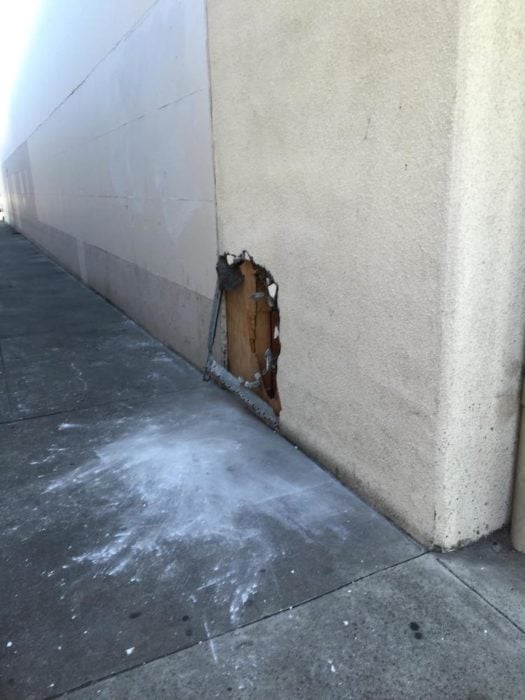 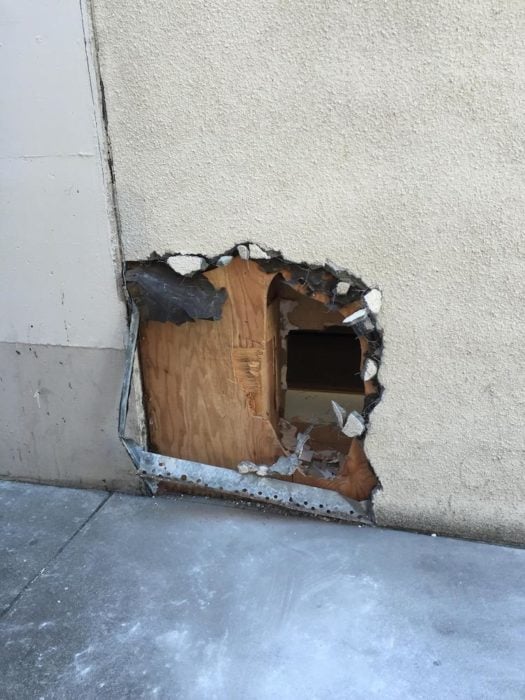 We spoke to the store’s owner Terry Shuchat over the phone this morning, and despite losing what he described as “a variety of used gear,” about “$20,000 to $30,000 worth,” his sense of humor was intact. He even gave the cooks points for cleanliness.

“It was a very clean job,” he told us. “We’ve had burglaries where people smashed a bunch of glass. Two years ago, someone backed a car into the store. Compared to that, these guys were great.”

On a more serious note, the robbery pointed out some flaws with their security system that Shuchat quickly addressed.

“We found out our alarm system was ineffective, now it’s been revamped with lots of new sensors in areas that the alarm company had convinced us we were covered … but we weren’t,” he told us. “Now we are. If someone were to come in the same way today, the alarm would go off.”

“Please include that,” he added, tongue in cheek. “Let them know they’ll have to try something else next time.”

Image credits: Photos by my2wins and used with permission.

Tip: Before You Rush from Crop to Full Frame, Look at Lenses First