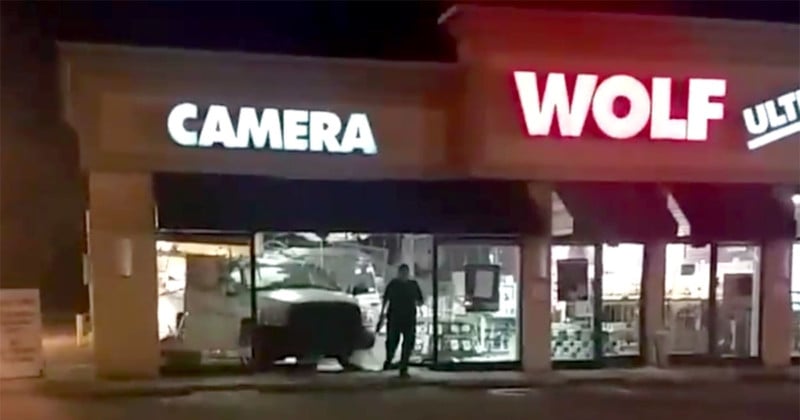 A Wolf Camera store in the Buckhead district of Atlanta, Georgia, was targeted by burglars who drove a truck through the front of the store in a smash-and-grab theft.

FOX 5 reports that the destructive burglary happened on Monday, July 18, 2016 at 2:45am. Police responded to the security alarm and found that a white Dodge Ram had been backed through the metal security fence and into the store.

Reporter Kaitlyn Pratt Tweeted photographs and a video of the destruction that the burglars left in their wake:

CAMERA CROOKS Backed in thru window, gate at Buckhead store to get pricy gear. VIDEO: pic.twitter.com/xtFIiVNxaD

The robbers had already made off with expensive cameras and other photography equipment, leaving the stolen truck behind in the gaping hole. No word on exactly how much the stolen gear was worth.

Photographer Bill Manning captured photos of the Wolf Camera store after employees had boarded up the front: 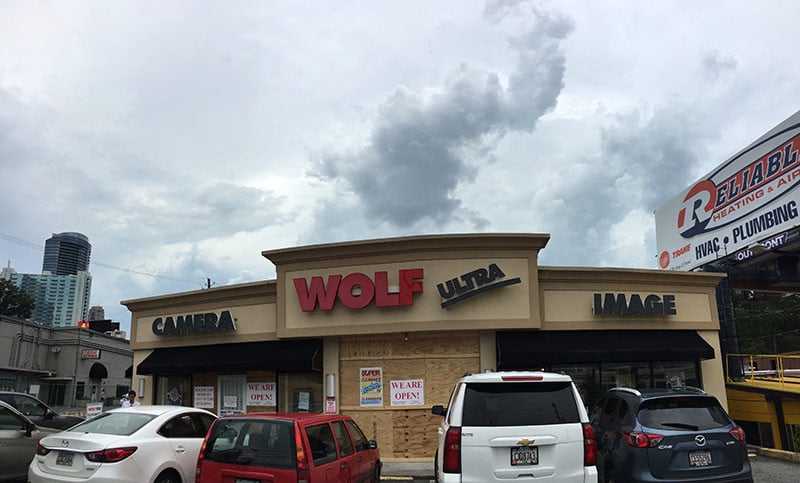 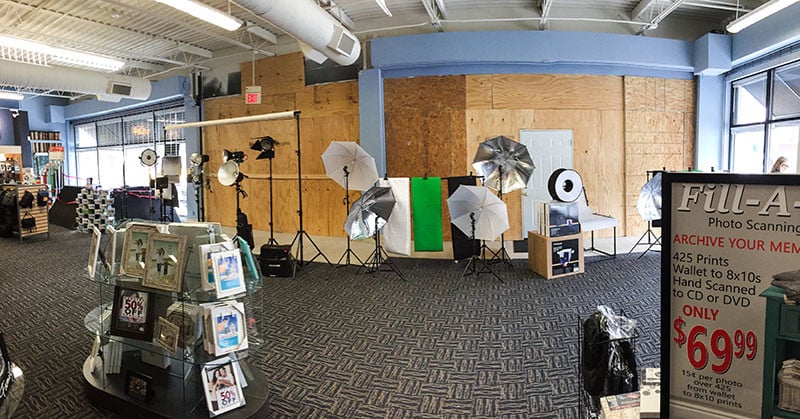 Managers of the camera store tell FOX 5 that this is the 3rd time the store has been targeted by burglars.

The Largest Contact Print Ever Made is 24 Square Meters Huge

This Insane 20,000 Watt Lightbulb Can Turn Night Into Blindness