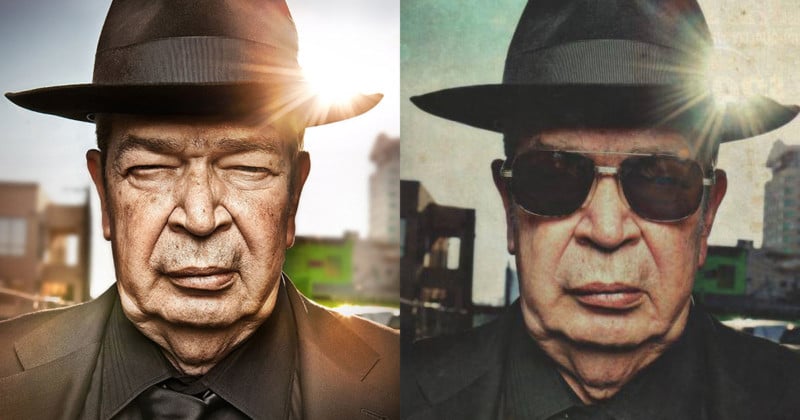 A few days ago, I awoke to a text message from a friend who lives halfway around the world telling me that he had unexpectedly seen one of my images on a FOX News story. The image was from a photoshoot that I had done of Richard “Old Man” Harrison from the television show Pawn Stars, which airs on the History Channel. However, after looking it up and seeing what photo he was talking about, I was surprised. The photo I was met with wasn’t even one I remembered taking.

The portrait of Old Man that many of you have probably seen is this one: 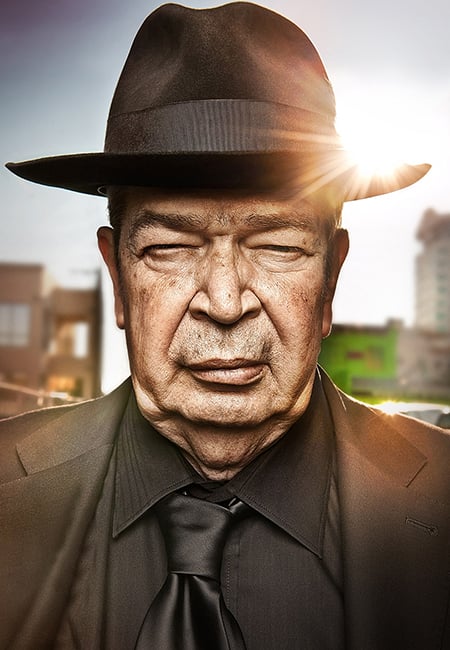 But the image that appeared on television was this one: 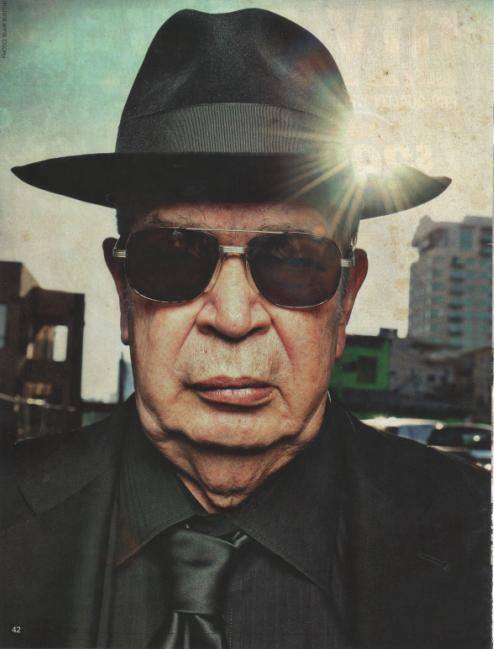 As I read the message, I thought back to the shoot and tried to remember how exactly the day went and how the second photo came to be. I remembered that it was a particularly bright and hot Las Vegas day, and while were dialing in the lighting on set, I had the Old Man wear his sunglasses as we prepared the set so that he wouldn’t hurt his eyes. During testing, I got a shot of him still wearing those sunglasses, and it was a frame that the magazine decided to run with. I had since mostly forgotten it as I preferred the option without the eyewear. That’s the one I include on my website and in my portfolio.

It wasn’t confusing to me that they had used the photo since it was the one that was publicly released and licensed by the magazine — I was more wondering where it had come from. If it had been the photo of the Old Man without his sunglasses, that would have been one thing. That photo is very easily found online. But with his sunglasses? As far as I knew, there were very few people who had access to that file.

For those not in photography, the situation where somebody violates your copyright and uses your image without a license is a contentious part of a business that straddles art, commerce, and media. Most photoshoots, such as this one, are based upon a contract that the usage of the image is for a particular purpose and duration for payment. When an image is used outside of that license, it can mean a photographer loses out on thousands of dollars and significant amounts of time trying to defend their legal rights to the image copyright.

Since many of my photo subjects are celebrities, the reuse of my images is pretty common. The unlicensed use of my images is something I deal with fairly frequently, and I have to fight to protect for both my clients and my business. When somebody uses your image without a license it means losing out on both the income from the image as well as the attribution and advertising of your business.

In this case, I had been so focused on the image that I did not realize the context of why the photo was on FOX News. The photo was being used because Mr. Harrison had recently passed away. Upon learning this fact, I was upset (my immediate thought went to my client and his family): was somebody trying to profit off the image because of his passing?

At this point, let me take a step back and talk about what this photoshoot, and the Old Man, meant to me. It wasn’t a job that I took for the money. I did the shoot because it was an easy flight, the subject seemed interesting, and they told me I could be back in town in time to have dinner with my wife. However, once I got to the pawn shop and met the Old Man, things changed quite a bit. You see, I had just lost my grandfather in the weeks prior to this shoot. My grandfather was a great man that I loved to talk to, but as time weighed on him, those conversations were not the same because of old age.

At the pawn shop, I sat down with the Old Man before setting up any lights or taking out a camera, and we talked. He, like my grandpa, was also former military and had a kind yet salty personality. I can still remember at one point in our conversation forgetting who I was talking to as I completely felt like I was having one last conversation with my grandfather. It is something that I will always treasure. After the talk, we did the photoshoot and many images (including the ones in this article) resulted from it. We wrapped, we shook hands, and I flew home to dinner with my wife, which probably was just me rambling on and on about how I talked with my grandpa one more time.

Given my experience with the Old Man, I was even more adamant about figuring out what happened. My client for the shoot had been great so I wanted to reach out to them to see if they knew anything. Before I dialed that number, though, I took a closer look at the image that had gone out over the wire. Upon closer inspection, I noticed that there was a small number on the bottom right corner of the stolen image; it appeared to be a page number. I could even tell that at one point it had a credit line in the top left with my name, but this had become unreadable due to the extremely low resolution of the image. 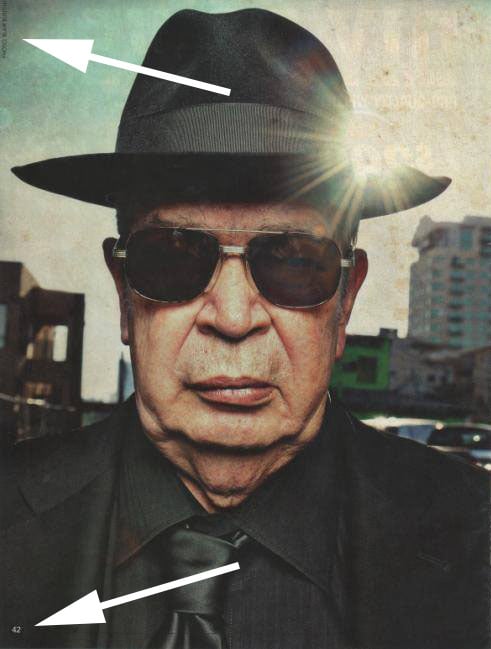 Diving even further into the picture, I saw an odd ghosting in the shadows and went into Photoshop to add contrast to see if I could bring out more detail. At this point, I had gone from Advertising Photographer to cable TV Crime Scene Investigator… “Enhance!” 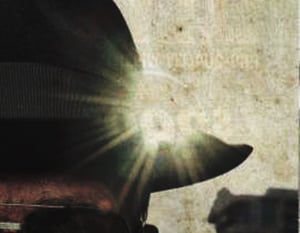 I found some lettering that was backward, and after horizontally flipping the image, got the last piece of evidence that solidified my belief that the image had been scanned from the physical magazine: I was looking at the text from the backside of the page that had shown through the thin paper on the scan. Putting it all together, this meant that it was highly unlikely the client I had done the photoshoot for was the source of the leak, which was all the more intriguing to me.

Sitting at my computer and doing some more digging, I found that the source of the image was from the social media page of the Old Man’s son Rick, whom I had also talked with while at the photoshoot. Like his father, Rick is a damn good guy and funny as hell. It is sometimes hard to read a person’s personality when they are away from camera versus on TV, but I can tell you, his fun nature is real.

Rick had used that image on Facebook to memorialize his father and to say goodbye. He had chosen to use that photo simply because, I assume, they liked the image.

It was while I was still on the phone with my lawyer that we both realized how much the photo of the Old Man meant to those around him. I shook my head and informed him that we weren’t going to pursue this any longer. It wasn’t about the loss of money for usage fees anymore, but it was the appreciation of one’s work.

I decided to contact the Pawn Stars regarding the issue, but not in an effort to discuss copyrights or get money from them, but instead to give them a higher resolution print of their Old Man, a person I will always respect. Had I known that photo was the one of the Old Man they all cherished, I would have given them a better quality image a long time ago. To think the only one they had was directly out of the magazine, with pages so thin you could read the copy from the reverse side through it, it didn’t seem right.

You read stories about photographers going after copyright abuse all the time, and it’s nearly always justified. In this case, I hope you can agree with me that seeking monetary compensation through legal recourse was not the right move. Sometimes you have to step back and remember that this may be a business, but it’s a business that relies on people. Once in a while, you have to remember that everyone featured in a photograph is a human, and as such all deserve compassion.

A Newborn Photo with the 1,616 IVF Needles That Led to Her Birth