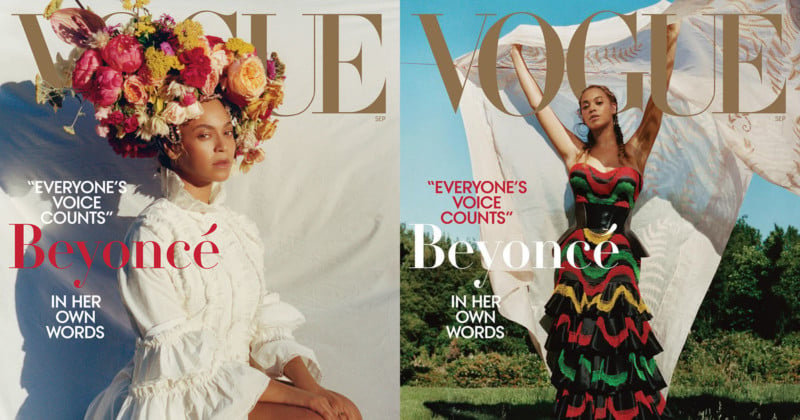 Last month it was reported that 23-year-old Tyler Mitchell would become the first black photographer to shoot the cover of Vogue in the iconic fashion magazine’s 125-year history, thanks to him being hand-picked by Beyonce for the job. It’s now official, as his photos were just published.

“I cried 3 times already this morning,” the New York-based Mitchell writes in a Tweet. “Here’s Beyonce by me for the September 2018 cover of American Vogue.”

I cried 3 times already this morning. Here’s Beyonce by me for the September 2018 cover of American Vogue.https://t.co/S7JiYGDAG5 pic.twitter.com/l1ZsfvaK6G

The photo shoot was held at a dilapidated English country house. Beyonce also published the full set of Mitchell’s portraits of her in Instagram galleries:

Mitchell is among the youngest photographers ever to have their work featured on Vogue’s cover. David Bailey had a cover photo at 23, and Irving Penn was featured at 26.

@beyonce in a custom @walesbonner suit

In an interview with Vogue, Mitchell says he’s well aware of his place in the magazine’s photographic history.

“For so long, black people have been considered things,” Mitchell says. “We’ve been thingified physically, sexually, emotionally. With my work I’m looking to revitalize and elevate the black body.”

“I’m a concerned photographer,” Mitchell states. “There was a ladder for the people who came before me, and there’s a ladder now—it’s just a new ladder. I want to open the eyes of the kids younger than me, show them that they can do this too.”

(via Vogue via Fstoppers)