As a photographer and YouTuber, I review equipment and photography related gear on my channel. There are occasions when certain items receive less than positive reviews and, in most circumstances, the company in question operates in a very professional manner. Unfortunately, this isn’t true in every case and after I reviewed the Hasselblad H6D 100c, Hasselblad weren’t too happy with me.

It was early last year when I reviewed the flagship Hasselblad camera comparing it to several full-frame cameras and an iPhone. Initially, Hasselblad were fine with the reviews and actually gave me more equipment to test and review. It wasn’t until my videos were featured here on PetaPixel that they started to have some issues with the videos.

Staff members and representatives from the company started hurling insults and personal attacks in my direction instead of discussing any of the points I raised. Comments like “you’re stupid” and “you’re foolish” and statements about how this will ruin my reputation and damage my career were thrown around.

Hasselblad also discussed how they were planning to produce their own videos to demonstrate how their cameras “actually” perform. As far as I’m aware this is not something Hasselblad has ever done previously and at the time I welcomed it. What’s crazy is that up until the insults, I was still strongly considering buying a Hasselblad camera. I even mentioned this specifically in my video.

Eventually, these comments and insults subsided for some time until I was at The Photography Show earlier this year in March. I was attending with a press pass and towards the end of the first day, I walked past the Hasselblad stand and politely waved at some of the individuals I recognized. We had a brief discussion and although they made some comments, we eventually shook hands and called it “water under the bridge”. They asked if I were attending on any of the other days because they wanted me to meet some people.

I arrived again on Monday and as agreed, I visited their stand where I was met with some of their representatives who immediately started to try and intimidate me. The insults came pouring out again, the individual stood very close and directly in front of me. I realized in that moment that Hasselblad had essentially called me over again just so some of their representatives could intimidate and berate me. This I consider to be bullying.

Hasselblad is quite obviously a much larger organization than I am and it seems they’re trying to use that to their advantage. I assume they’ve taken my review very personally, hence the intimidation, insults, and the fact that they’ve decided to upload video comparisons of their own. Once again this isn’t something they’ve done previously, and in some sense, it’s somewhat of a compliment to me.

Speaking of their comparisons, their latest videos are blatantly unfair.

These videos they’ve uploaded are essentially puff-piece ads produced by ambassadors that have no incentive to be objective. They compare their 28mm prime lens against the Nikon 17-35mm zoom, which is also quite an old lens. To make matters worse, they compare both lenses at different focal lengths, but they shoot them both at the same aperture, f/16. This is a clear attempt to handicap full-frame in order to serve their narrative. The full-frame lens produced a noticeably greater depth of field and only needed to be stopped down to f/10 to achieve the same as the Hasselblad. 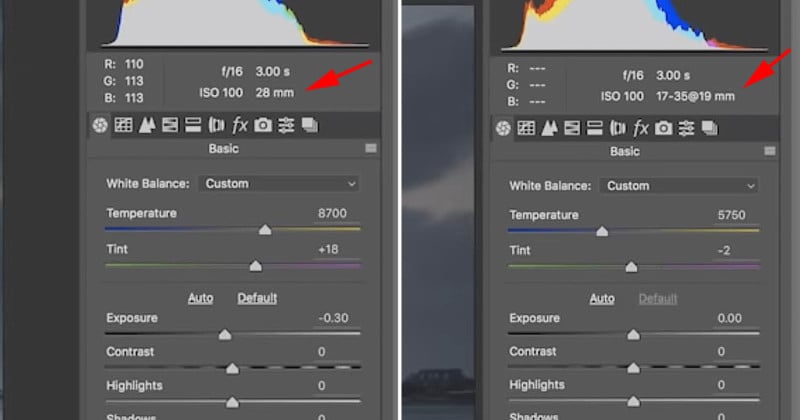 In the video, they also discuss how the Nikon image is much colder while using a custom white balance on both images. They’ve clearly attempted to cripple the performance from the full-frame camera to make their system look better. I’ve demonstrated how in a fair comparison their system cannot compete with some of the best lenses available for full-frame. Maybe they’re aware of this fact and that’s why they resort to these methods. Their lenses are simply incapable.

Their videos only demonstrate a severe lack of confidence for their own cameras. If they actually believed their system was the best, they would actively aim for fair and level comparisons. In fact, if they were truly confident in their system, they would offer up advantages to the full-frame camera just to show how good their system is. Clearly, this is not the case.

It’s disappointing to see a company like Hasselblad operate in this manner. They hold a prominent position within the photography community and have in the past offered some of the best cameras on the market. Their current camera body feels cheap and dated and their lenses are not up to current standards.

They are in dire need of an update and instead of bullying, intimidating and producing unfair comparisons, maybe they should take heed of the points being raised in reviews. These latest comparisons from them have effectively bolstered my points. Fortunately, the dislike bar and the comments on their video demonstrate how a vast number of individuals are not falling for these tactics. 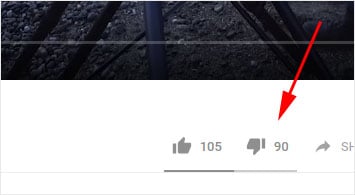 Editor’s note: We reached out to Hasselblad for comment prior to the publication of this article, and here’s their response:

Hasselblad takes the points that Mr. Dawood raised very seriously. We are investigating internally and express our apologies to Mr. Dawood for his experience. We have already reached out to Mr. Dawood to further understand the experience he has had and look forward to improving the conversation.

Hasselblad values and encourages an open conversation and dialogue in the photography community. We respect Mr. Dawood’s opinions in response to our content, alongside the opinions of any person who, like us, are deeply committed to the art of image making.

Hasselblad appreciates Mr. Dawood taking the time to speak with us today and accepting our apology. We are thankful for the conversation and are eager to move forward in a positive light.

About the author: Usman Dawood is the lead photographer of Sonder Creative, an architectural and interior photography company. The opinions expressed in this article are solely those of the author. You can find more of his work on his website, Instagram, and Twitter.

Wim Wenders: Phones Have Made Photography ‘More Dead Than Ever’

Sony Has a 13.3% Market Share of the System Camera Market