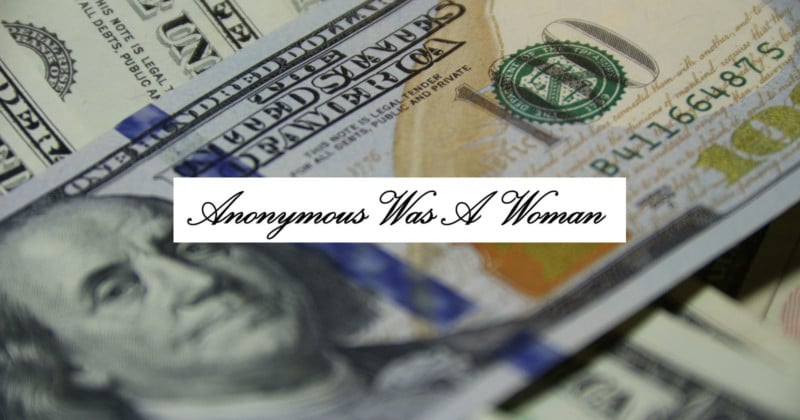 In 1996, a mysterious program called Anonymous Was a Woman began giving $25,000 with no questions asked to 10 underrecognized female artists over the age of 40. Now, 22 years and $5.5 million later, the anonymous benefactor behind the program has finally stepped forward: she’s 77-year-old photographer Susan Unterberg.

The photographer revealed her identity to the New York Times saying that “it’s a great time for women to speak up. I feel I can be a better advocate having my own voice.”

#SusanUnterberg has anonymously paid out a total of $5.5 million over the last 22 years to support underrecognized women artists over age 40.

Unterberg says she was once an underrecognized female artist over 40 who personally experienced the challenges faced by female artists. But unlike many other struggling female artists, Unterberg didn’t lack financial means: she and her sister inherited money when their oilman father, Nathan Appleman, passed away in 1992.

She named her grant program “Anonymous Was a Woman,” a line from Virginia Woolf’s A Room of One’s Own, as a nod to female artists throughout history who signed their works “Anonymous” so that the work would be taken more seriously by a wider audience.

Recipients of the unrestricted grant, many of whom were in dire financial straits (though the award is not need-based), receive out-of-the-blue phone calls informing them of the $25,000 gift.

Artist Susan Unterberg reveals that she is the donor behind Anonymous Was A Woman grants; she's given over $5.5m to female mid-career artists https://t.co/jEIycLWCyU #anonymouswasawoman pic.twitter.com/LJLu8VQZoO

22 years into giving away her money — she’s the sole patron — to 220 artists and counting, Unterberg remains frustrated with the current landscape of gender equality in the art world.

“[Women] don’t get museum shows as often as men, they don’t command the same prices in the art world,” she tells the Times. “And it doesn’t seem to be changing.”

“I’m eager for the grant to become better known,” Unterberg tells the Times. “Women have been anonymous for far too long.”

(via New York Times via Fstoppers)

Image credits: Header illustration based on photo by Vladimir Solomyani