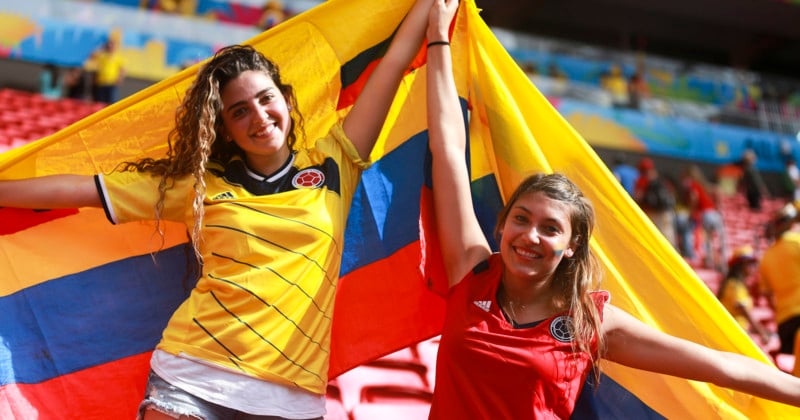 The 2018 World Cup came to an end yesterday, but FIFA has a warning for broadcasters and their camera operators moving forward: stop zooming in on “hot women” in the stands during soccer matches.

BBC Sport reports that the warning was issued by Federico Addiechi, the diversity boss of soccer’s world governing body, in an effort to combat sexism.

“We’ve done it with individual broadcasters. We’ve done it with our host broadcast services,” Addiechi tells BBC Sport. He says that cracking down on cutaway shots of attractive female fans will be something FIFA will do as part of its “normal evolution.”

Zooming in on “conventionally attractive” female fans is known as the “honey shot,” BBC News writes. It’s often credited to American sports TV director Andy Sidaris, who once said: “Once you’ve seen one huddle you’ve seen them all. So you either look at the popcorn, the guys, or the ladies. The choice is clear to me.”

FIFA’s warning comes less than a month after Getty Images sparked controversy by publishing a photo gallery of the “sexiest [female] fans” at the World Cup. The company quickly took down the set, saying it “regret[s] the error” and that the photos “did not meet [its] editorial standards.”

(via BBC Sport via Fstoppers)

Image credits: Header photo by Danilo Borges/copa2014.gov.br and licensed under CC BY 3.0

Nikon Working on Finger Sensors That Can Read Your Emotions