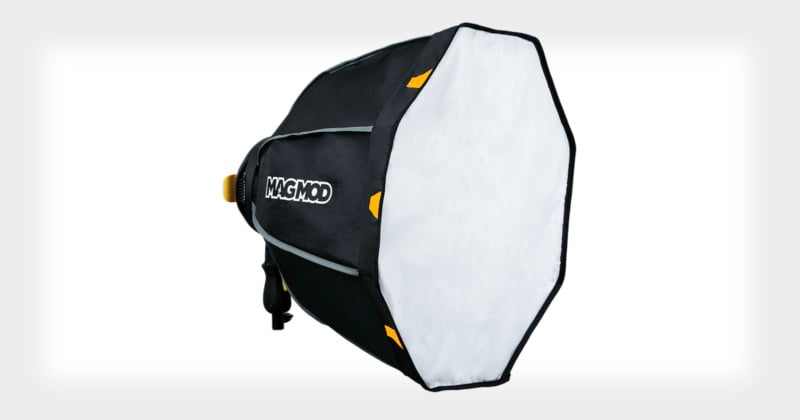 Back in 2013, MagMod launched a game-changing flash modifier system that used magnets instead of Velcro-brand fasteners. Today the company is back again with a “revolutionary” softbox system consisting of the new MagBox, MagRing, MagShoe. 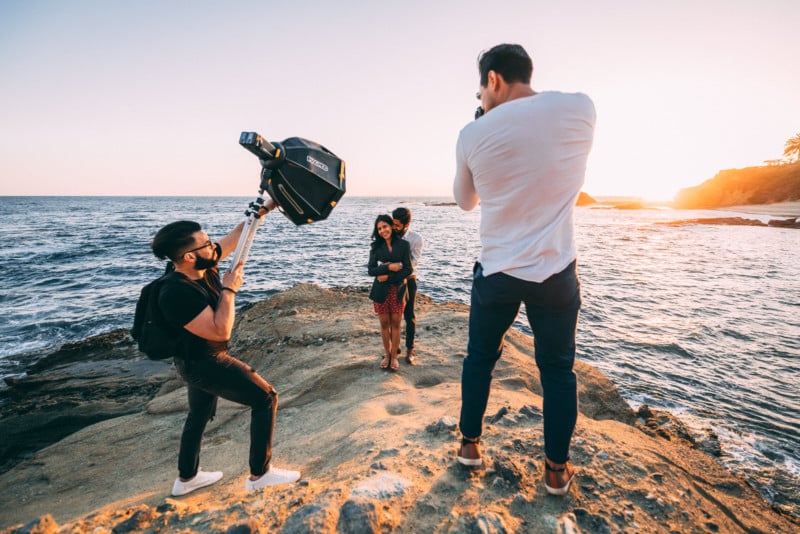 The MagBox claims to be the world’s first gel-able and magnetic softbox, the MagRing lets you mount two flashes at once, and the MagShoe lets you lock down your flash and adjust it with one hand.

“More than two years in the making, the MagBox, MagRing, and MagShoe represent a major design overhaul of some of the most essential tools in a photographer’s arsenal,” MagMod says. “Together they form the world’s easiest, fastest, and most versatile softbox system, ever.” 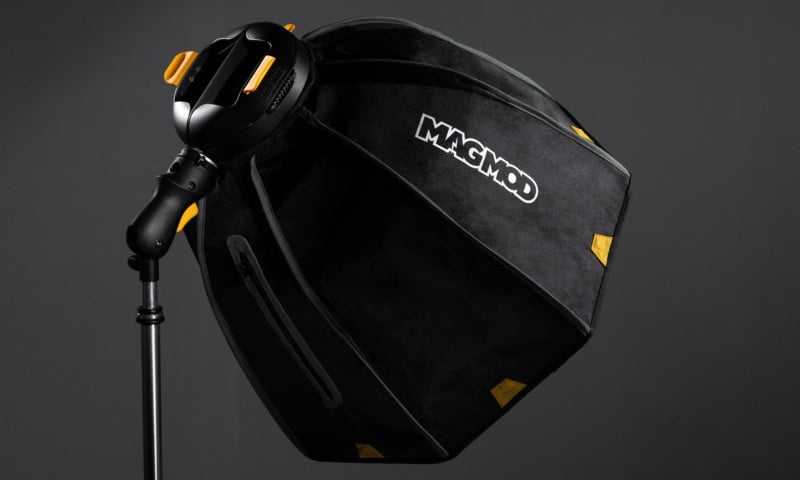 The MagBox 24-inch Octa opens and closes with ease, doesn’t require any assembly, and attaches to the new MagRing using magnets. It’ll stay fixed to the ring even while moving, tilting, carrying, and shaking.

Built into the MagBox is the first integrated gel holder found in a softbox. MagMod took its same rigid polycarbonate gels and designed a new shape for the MagBox. The gels snap into place, and a zipper built into the side of the MagBox allows you to swap gels in and out without having to remove attached diffusers.

“The MagBox’s obstruction-free design is engineered to provide the evenest coverage across the face of the softbox—without the need of an inner baffle to help spread the light,” MagMod says. “No internal baffle or bounce plate means less light is lost compared to the competition, while still achieving the same or often better results.”

In addition to the standard fabric-style diffuser, the MagBox also has a first-of-its-kind FocusDiffuser. It acts as a combination of a diffuser and a grid, and its microstructures redirect light forward, increasing light output by reducing spill (similar to what you might get with a Fresnel lens).

“In fact, the MagBox 24” Octa with the FocusDiffuser attached produces 2 to 3 stops more effective light output than its softbox competitors,” MagMod says. “It gives you the softness you’d expect from a 2-foot softbox with the control and precision of a gridded beauty dish without the loss of light we have grown accustomed to when using a grid on softboxes.”

And just as with the MagBox itself, the FocusDiffuser attaches to the outside of the MagBox using magnets. 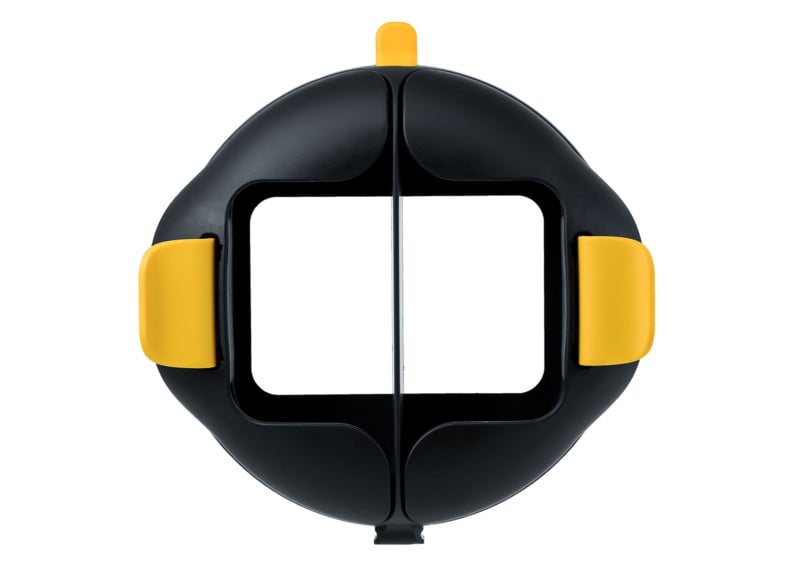 The MagRing is a new dual mount flash bracket with a number of pioneering features. Flashes can be quickly attached and removed using magnets in the MagGrip, and doors help lock them firmly in place. 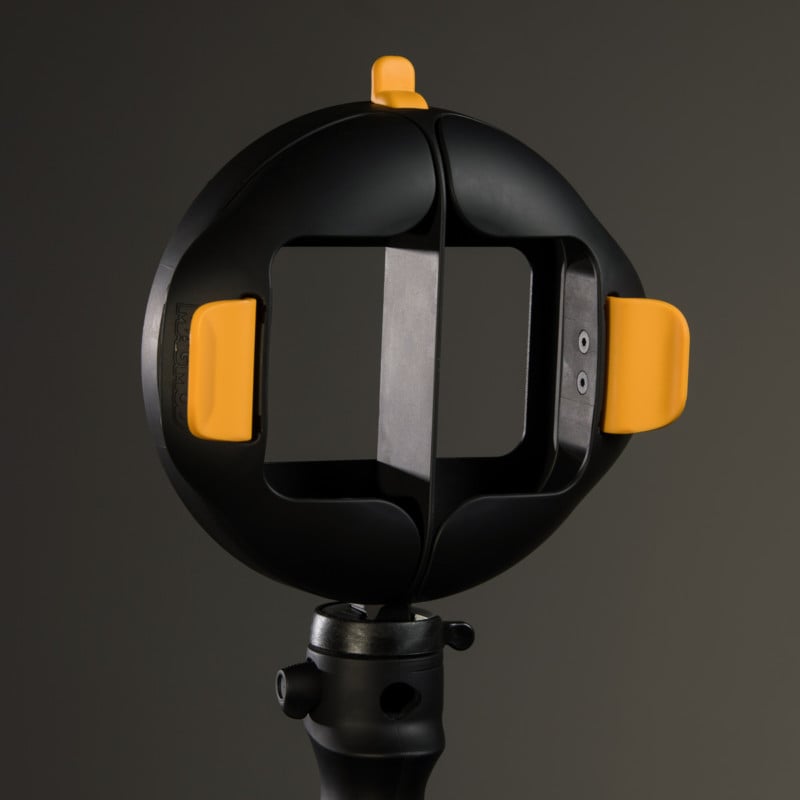 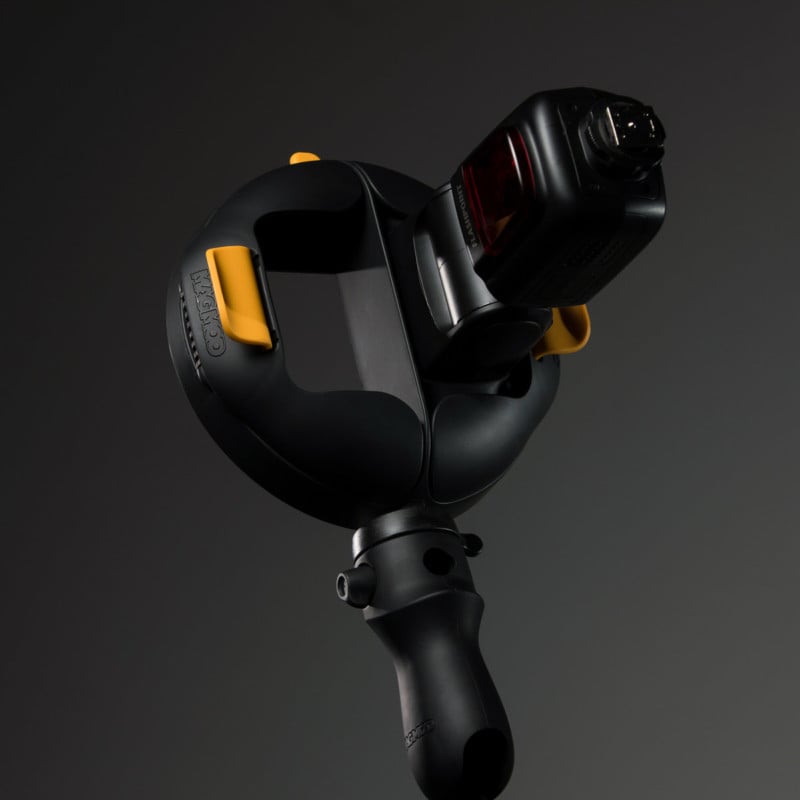 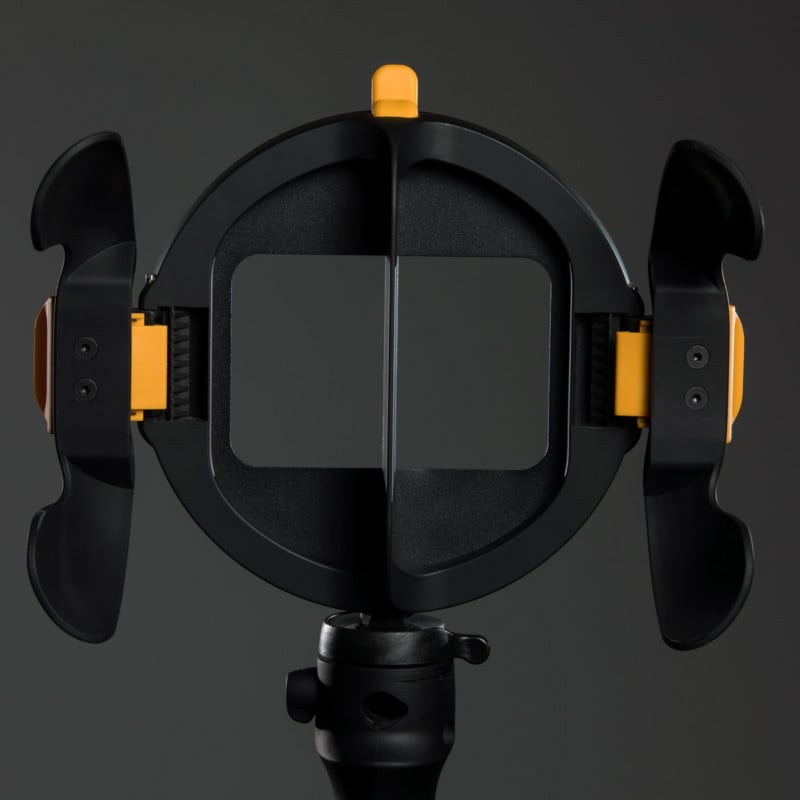 “It has never been quicker or easier to switch a Speedlite from being on-camera to off-camera,” MagMod says.

Mounting dual flashes using the MagRing allows you to shoot with double power, reduce flash recycle times, and provide a second flash for a second shooter. 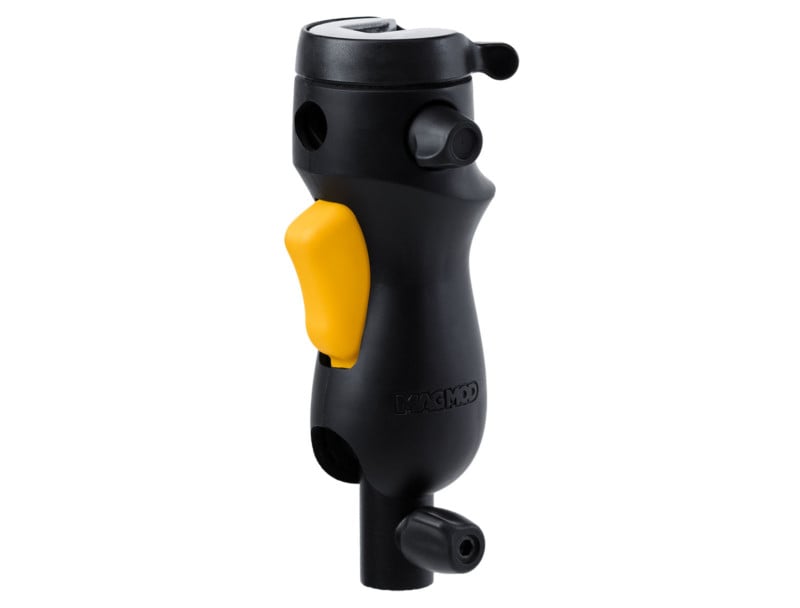 The MagShoe aims to modernize and simplify the cold-shoe. To mount a flash, simply slide it in and rotate a switch — gone are the days of having to tighten a flash’s built-in locking system. Everything can be done with a single hand. 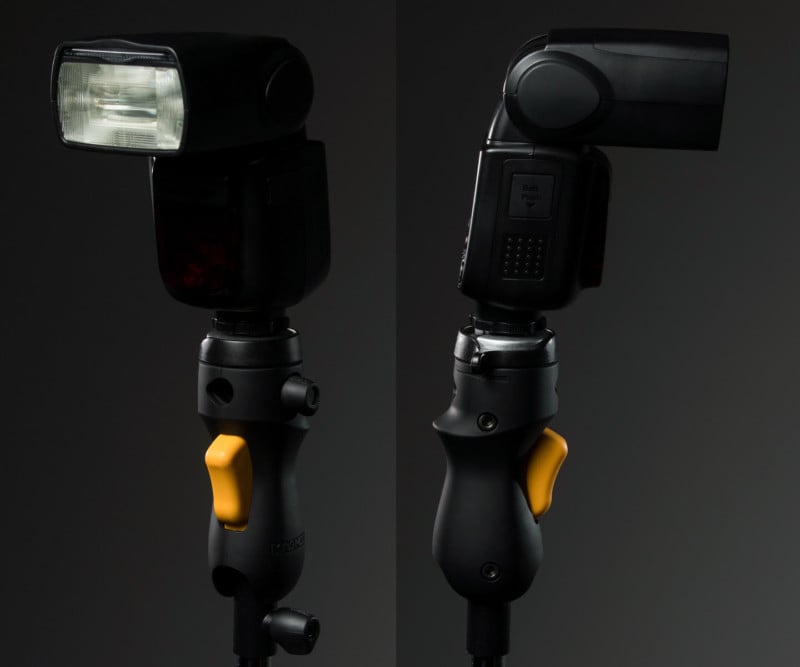 The MagShoe pairs well with the MagRing but also has a built-in hold for modifiers that use an umbrella shaft.

To adjust the angle of the MagShoe, a photographer simply needs to press a large, squeezable button on the ergonomic trip, which uses a soft-touch silicone-like coating for a nice feel on your hands.

Here are some sample photos shot with the new MagBox: 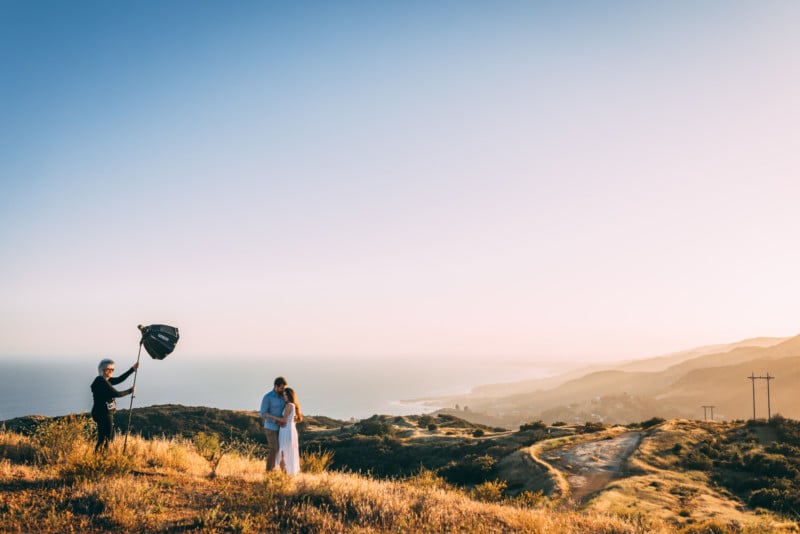 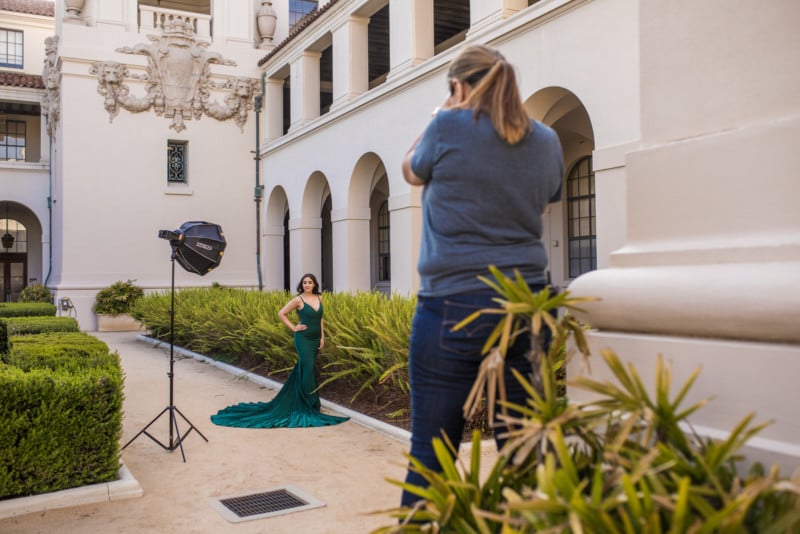 As with its previous launches, MagMod is using Kickstarter to launch and crowdfund the new MagBox, MagRing, and MagShoe. And it looks like it’ll be a smash hit as well: in less than an hour after going live, the campaign has already blown past its initial goal of $100,000.

A contribution of at least $249 will get you one of each of the three new products if/when the campaign successfully delivers in early 2019 (the company is targeting January 2019 as the ship date).

How to Make a Pro Photo Portfolio