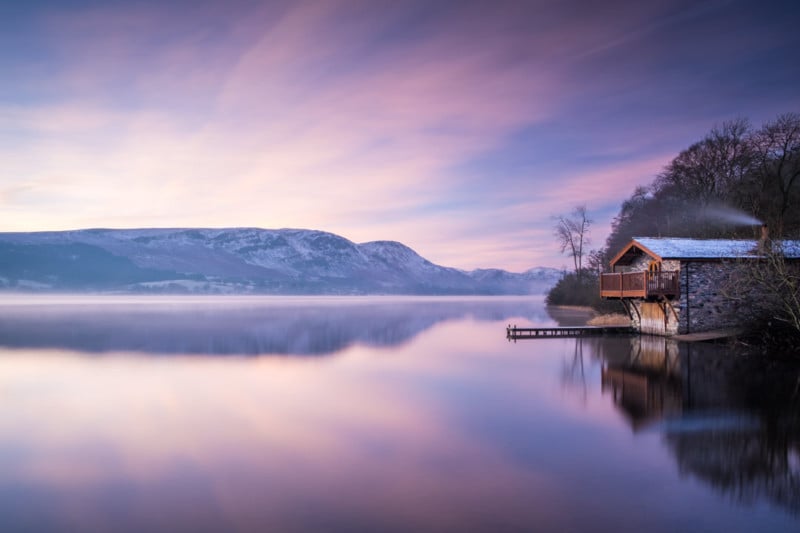 We’ve all heard of some of the world’s greatest and most spectacular places. Places like Yosemite National Park, the Grand Canyon, and Machu Picchu. Many of us dream of going to far away places such as Iceland, Santorini, Dubai, The Maldives, but for many of us, it is just that — a dream! Something we have to save long and hard for. Something we are lucky to do just once a year.

But one thing that my recent visit to Galloway Forest Park in the South of Scotland really brought home to me, is that you don’t have to travel far and wide to go on an adventure or to explore the great outdoors, or to appreciate the world’s beauty.

Many of us have so many incredible places right on our doorstep, yet to be explored.

I grew up in Carlisle, a tiny City in the North West of England, just a few miles off the border to Scotland. Despite living here most of my life, I had no idea that Galloway Forest Park was just a short drive away from me. 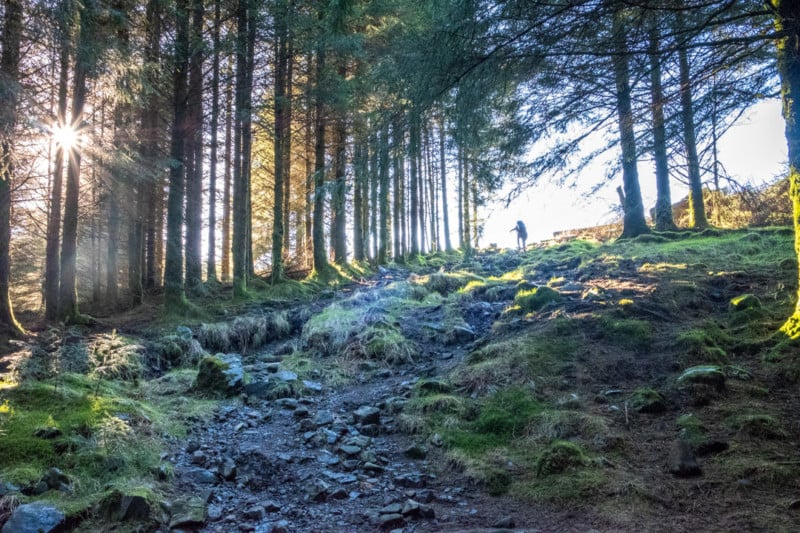 I had no idea that I was living so close to over 300 square miles of natural beauty. 300 square miles of wilderness, of forests and mountains, lochs, wildlife, waterfalls. I had no idea that I lived so close to one of only 4 places in the whole of the Western World deemed to be a ‘dark sky park’. One of the best places in the World to gaze at the night sky. Heck, until my recent visit, I had never even heard of Galloway Forest Park! 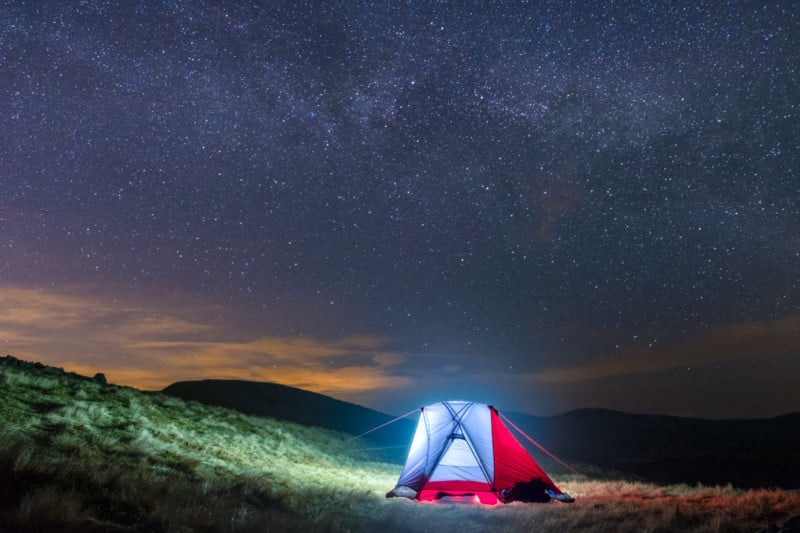 I had a really fun time there recently and I only explored a tiny, tiny, part of it.

What’s also great is that I camped there for free, in amongst all of this beauty, waking up to an incredible sunrise and it didn’t cost me a penny. The car park was completely free too, meaning that this whole adventure cost me nothing more than a little bit of fuel. 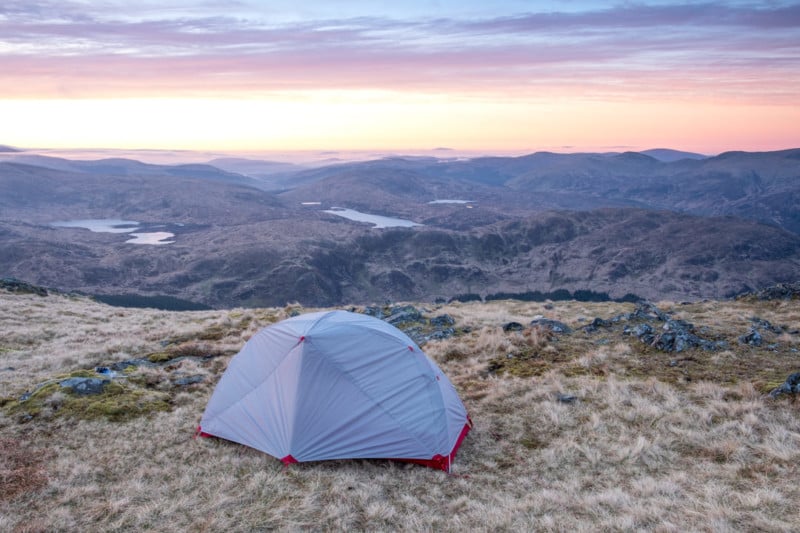 And if I decide to visit here again and again…. and again, there’s still so much I’d still have to see.

Even closer to my home, I’m lucky to have the Lake District. A place that attracts visitors from all over the world. A place that impresses me every time I go and one that I never get bored of. I’ve visited it many times, yet there’s still so much of it I’ve never seen.

It’s a truly beautiful place, yet so many people in my hometown don’t make the most of it or don’t fully appreciate how lucky they are to have such a place right on their doorstep. 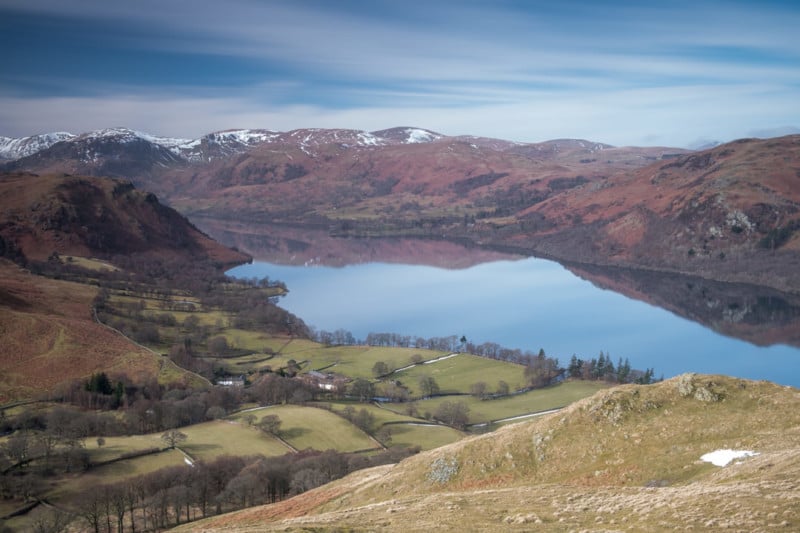 Even closer to me still is the Solway Firth. Approximately 115km of coastline between the borders of England and Scotland. A place designated as an Area of Natural Beauty and which has been used as a location for films such as the Wicker Man. Yet again, I’ve only seen a very small part of it.

And that’s just a snapshot of some of the places local to me. That’s without mentioning Hadrian’s Wall, a wall built by the Roman’s which stemmed the width of the entire country, passing through my city and which still attracts thousands of visitors every year.

That’s without mentioning the Yorkshire Dales, or so many other places available so close to me, which I’ve yet to explore.

Even just by going out with my camera in my hometown, by looking for interesting ways to photograph it, I am seeing it through different eyes.

When I worked full time as a postman, I spent all my money and time away from work, traveling and exploring what I could of the world. Yes, I had to make sacrifices to do it. I didn’t live in a particularly nice house, for example, and I had to share it with five other people, but it was cheap and allowed me to travel the world, and I loved that!

Now I am concentrating on trying to build a career in photography, and I am having to make more sacrifices and not travel around Europe or other places around the world as much.

So instead I am satisfying my wanderlust, my desire to explore and go on adventures, by visiting places far more locally to me. Places that don’t require expensive flights but at most just a little bit of fuel in my car, maybe a bike ride, or sometimes even just a walk.

And I can honestly say I am having just as much fun.

So get out, explore, and enjoy the world — you don’t have to go far!

About the author: Chris Gouge is a professional street and travel photographer based in England. The opinions expressed in this article are solely those of the author. You can find more of Gouge’s work on his website, Facebook, Twitter, and Instagram. This article was also published here.

Goodman One is an Open-Source, 3D-Printed Analog Camera

The Cameras Seen in Movies and TV Shows