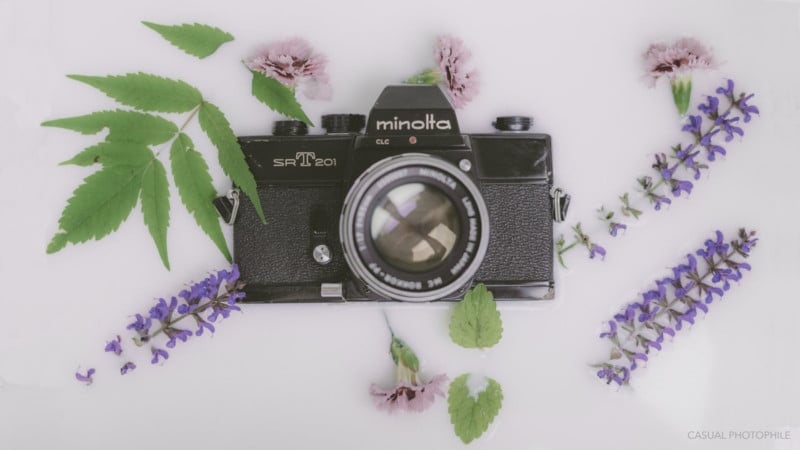 Through his most famous character’s lips, Arthur Conan Doyle once lamented “There is nothing new under the sun.” But he was wrong. Because I recently saw a photograph that was so utterly unique and awe-inspiring that it instantly froze the Lucky Charms-laden spoon that had been traveling toward my waiting craw. I’d just seen my first milk bath portrait, and never again would I be the same. 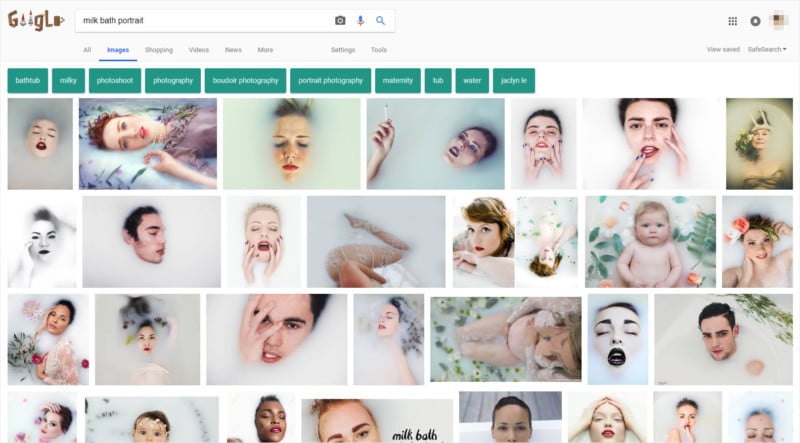 None of this was weird at all.

I scrambled for my phone and smashed the Instagram icon. Yes. Here too, in this most hallowed ground of high concept photography, this gallery of true art, did I find them. Milk bath photos. Entire hashtags devoted to the milkiest of baths. Tears welled in my eyes and, with a fluttering of lashes, a single drop of the salty liquid splashed into my cereal bowl.

But how? How would I take that first step? How does one begin to climb Everest?

The next seventeen months of daily research into the art of milk bath portraiture revealed many things. Among them that the first mention of milk bath photography came through a Google search result circa mid-2009, filling a space between a YouTube video that promised to teach me “How to Undo Her Bra with One Hand” (link excluded for the sake of gentlemanly decency), and a deadly serious article headlined “Baby Acne – How Much is Too Much?”

Ignoring the journalistic masterworks that bookended my link of interest (I couldn’t care less about baby zits and stubborn clasps) I clicked the link and landed in a forum of photography tips and tutorials. My eyes widened and I read with rapt attention as the original poster asked the question that had haunted me through endless days and sleepless nights. “How do I make a portrait of someone in milk?”

“This is it,” I thought as I scrolled down for the knowing replies. “This is where I find the answers that will start me on this path. This is the first day of the rest of my life.”

But the forum would not give up the secrets of the milk bath so easily. The noble question was instead met with resounding guffaws and disgusted incredulity.

“Uh… They want a picture of themselves in a tub of milk?” asked a user by the name of FrankLamont.

Fools. Imbeciles. Here at the beginning of everything, you failed to see. A new artistic epoch was dawning and you didn’t even notice.

Four additional months of fruitless research ended at the Boston Public Library. Here among the dusty tomes and shrouded green desk lamps did I pore over page after page in search of the origin of, and more importantly, the recipe for milk bath portraiture. I could sense that the answers hid somewhere in this monumental archive. I just needed to find them.

Three weeks passed. Obsessed with my fevered research, I subsisted on a diet of leftover Dunkin’ Donuts cruller crumbs and rainwater collected in a thimble that I’d found while hiding from the overnight security in the library’s janitor closet. I read and I read, and I was astounded to discover that the first instance of a milk-bath portrait occurred when painters depicted the moment when French revolutionist Jean-Paul Marat was killed in his medicinal bath. There was no mention of milk, but I was sure that the few original paintings of his assassination were the beginnings of what the world now knows as milk bath portraiture.

I was getting closer. I can’t say how I eventually found it. There was a force, a guiding hand that seemed to reach down and urge me toward a dusty scroll languishing under an old and forgotten file folder. There it lay among a stack of papers, unlit, on a desk in a corner of the smallest room in the smallest wing of the library basement. On its crinkled surface was written undecipherable text in a time-lost language. I closed my eyes and heard a soundless voice mutter through the darkness of eons.

Pour milk into water, it said.

Then my wife called and asked why I’d not been home in three weeks. That was hard to explain.

The next day I heeded the voice. I poured milk into water and placed my subject into the mystical fluid. But something was missing. To the garden I strode, and from it, I plucked random flowers and leaves. Into the bath did I float these plant parts. Four days of ecstasy (and itchy poison ivy rash scratching) followed in which I shot and shot and shot. After years of searching, the milk bath had revealed its secrets. It was mine. And my reward was the most gorgeous portraiture this side of the Milky Way.

I’m not sure if I’ll ever use a camera again. I’m just not sure where there is to go from here. What else could photography hold for me?

P.S. Uh, don’t take this one too seriously, friends. Truth be told, I just don’t understand the milk bath photo thing and wanted to poke some fun.

About the author: James Tocchio is the founder and editor-in-chief of Casual Photophile and the founder and operator of the online camera shop F Stop Cameras. The opinions expressed in this article are solely those of the author. Tocchio has spent years researching, collecting, and shooting classic cameras as well as the most advanced, cutting-edge digital machines. This article was also published here.