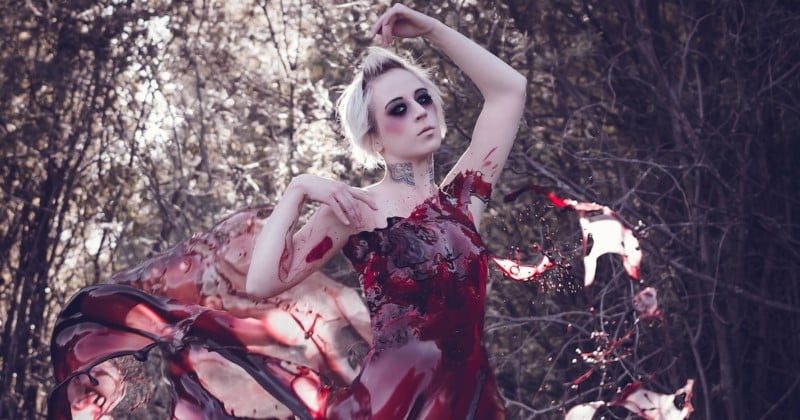 If you thought milk splash photography was a bit extreme, then Canadian photographer Melissa Trotter‘s latest experiment is probably not for you. Instead of using milk, she created a ‘dress’ using fake blood.

Trotter runs Stolen Innocence Photography, a studio specializing in “alternative theme photography” for which this strange, viral blood dress shoot is not even remotely out of character. It was, however, a total shot in the dark.

As Trotter told us when we caught up with her over email, “this was a half-baked idea and the first time I had ever attempted anything like it. Thankfully I managed to get lucky!” 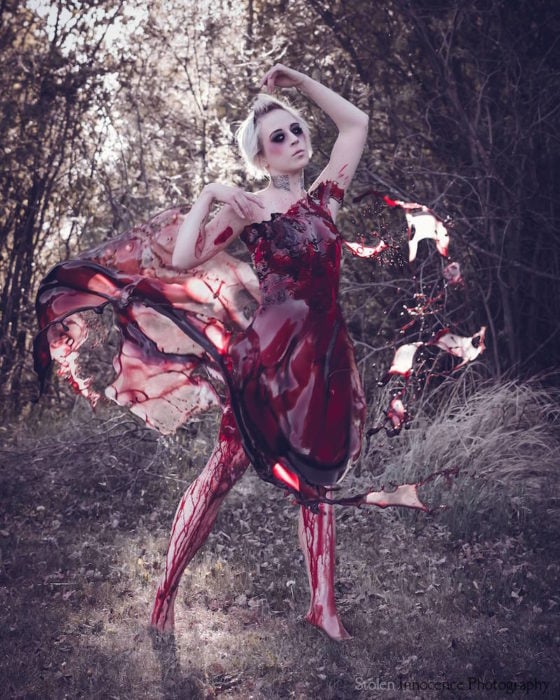 As for how the photo was captured, Trotter was kind enough to share some of those details with us as well.

“We painted her body red where the blood was going to go just so we had extra coverage if we needed it, and then I took a base shot of her in her pose,” Trotter tells PetaPixel. “Then I took multiple shots of the blood both draping her body, as well as flying through the air towards her.”

“Essentially,” she continues, “the shoot used the same techniques as a milk dress shoot.” Meaning splash after splash was ladled onto her and then multiple exposures were combined later in Photoshop.

Of course, it was a bit different than a milk splash shoot. Since the ‘blood’ used was a combination of icing sugar, cocoa powder, food coloring, and water, it was significantly sticker than your standard chilled milk, leading to fun outtakes like this: 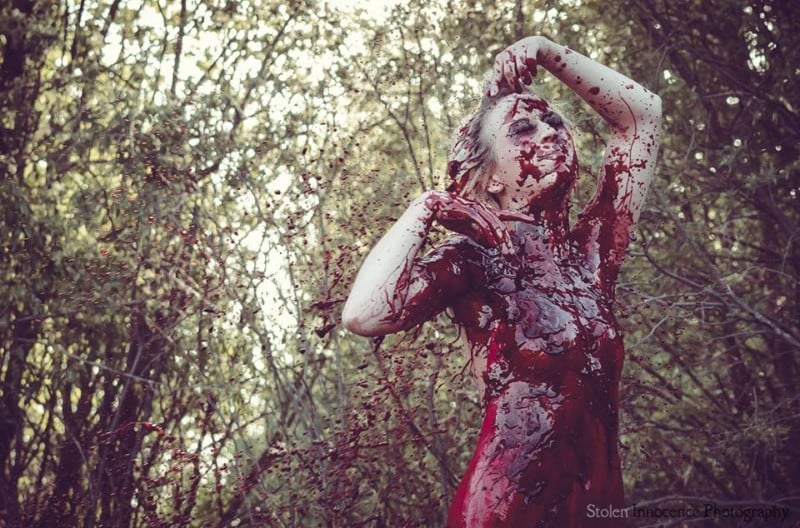 “I can tell you [Model Anja Love] was incredibly sticky afterwards, and we went through an entire package of baby wipes trying to clean her up before we finally gave up and wrapped her in a garbage bag for the ride home,” explains Trotter. “She was also stained pink the next day haha.”

The sacrifices we make for art… or maybe just “half-baked” ideas.

Basic Tutorial Clears Up a Fundamental Confusion About Lightroom

Lion Cub and Supermoon Eclipse Captured in a Single Frame