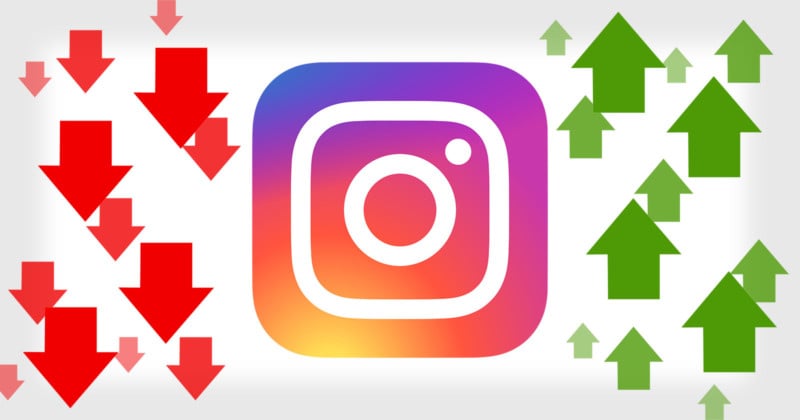 Instagram experience major user backlash after it abandoned its reverse chronological feed back in 2016, and many users these days are still wishing for its return. If you’re one of them, here’s an interesting factoid that may change your mind: the chronological feed was making users miss 50% of their friends’ posts.

The Downside of Chronological

TechCrunch was given a behind-the-scenes look at how Instagram’s mysterious algorithm actually works in ranking posts and figuring out which ones to show you.

So even though the ordering of photos may be more jumbled now (but a little less so starting in March), you may actually be seeing more of your friends’ photos, not less (depending on your usage behavior).

Instagram decides whether or not to show your photo based on your follower’s Interest (whether or not they’ll care based on whether they cared in the past with similar content), Recency (newer content is prioritized), and Relationship (how much interaction they’ve had with you).

Aside from those 3 primary factors, Instagram also considers three secondary ones: Frequency (how often the user uses the app), Following (how many people the user follows), and Usage (how much time the user spends browsing).

Starting in 2017, photographers began complaining that Instagram was apparently “shadowbanning” their accounts, or making it so photos are quietly not being shown to the wider Instagram community through its tags. Since then, websites have appeared for testing whether your account has been shadowbanned.

“Shadowbanning is not a real thing, and Instagram says it doesn’t hide people’s content for posting too many hashtags or taking other actions,” TechCrunch reports after speaking to Instagram lead developers. “Instagram does not hide posts in the feed, and you’ll see everything posted by everyone you follow if you keep scrolling.

“Instagram doesn’t downrank users for posting too frequently or for other specific behavior.”

Takeaways for Maximizing Your Reach

Instagram tells TechCrunch that all posts of people you follow will eventually show up in your feed if you scroll enough — nothing is ever completely hidden by the algorithm — so the goal of Instagram photographers should be to have their photos show up as early in their followers’ feeds as possible.

Based on the algorithm workings described, there are at least a few things you can do:

1. Be consistent in sharing high-quality photos. Having followers not care about your photos makes it less likely they’ll be shown your photos in the future. But the more they do care, the more reach you’ll get.

2. Encourage interactions. Build relationships with your followers. The more they do things such as ‘like’ your photos, comment on your posts, or tag you in their posts, the more they’ll be shown your photos.

3. Find a good pace Post photos regularly enough to generate regular interest and attention from followers, but not so much that they begin ignoring your posts and stop interacting with them.

To sum it all up, it pays to focus more on producing high-quality photos and on building stronger personal relationships than on trying to game Instagram’s “mysterious” algorithm, which (the company says) isn’t out to get you.