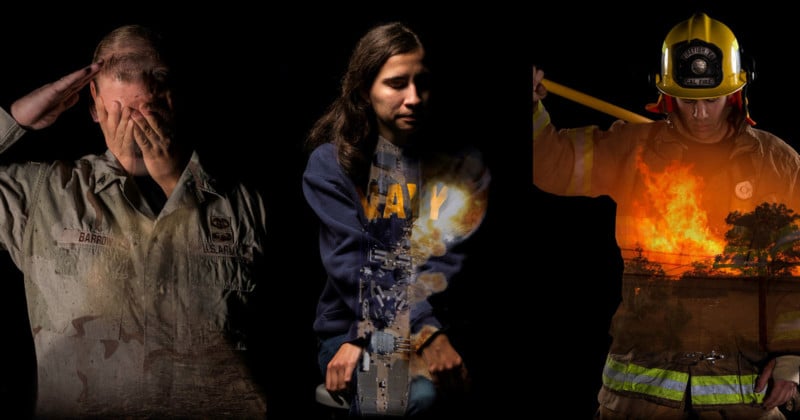 My name is Connar L’Ecuyer, and one of my main ongoing projects is photographing Post Traumatic Stress Disorder, or PTSD, in military vets and first responders. Some people may have heard of PTSD and not know much about it, or have loved ones that suffer from PTSD. Post Traumatic Stress Disorder is NOT a topic to hide in the background, and you are not weak for asking for help.

There is a stigma that asking for help makes you weak and that you should just bury what you’ve seen or done. That is not the case. You are not alone. And I am here to prove it to you.

Note: This article and the photographs may be difficult for some to read, as it deals with PTSD and suicide. If you or someone you know is suffering from PTSD or is having suicidal thoughts, please call or text the Suicide Hotline at 1-800-273-8255, or call 911 for an immediate response. 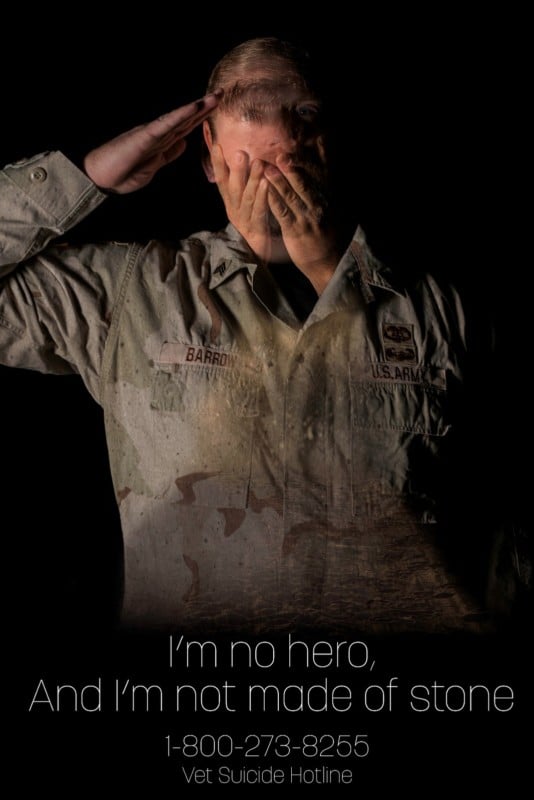 PTSD is an anxiety based mental health disorder that is caused when a person goes through a traumatic event. People often associate this with the military, with good reason, but it also affects first responders, such as police and firefighters. Seeing and being in moments like these don’t just go away, but stick with someone for the rest of their life.

Events such as this can lead to people committing suicide at an alarming rate. In California, the state fire department called CalFire, in the 2016 fire season, where there were over 100 firefighter suicides reported, but firefighters suspect that there are more suicides and they are written off as death in the line of duty. With military vets, the average suicide rate is about one veteran every five minutes. By the time you finished reading this article, another veteran has died. And in the police departments, these numbers go largely unreported as well. 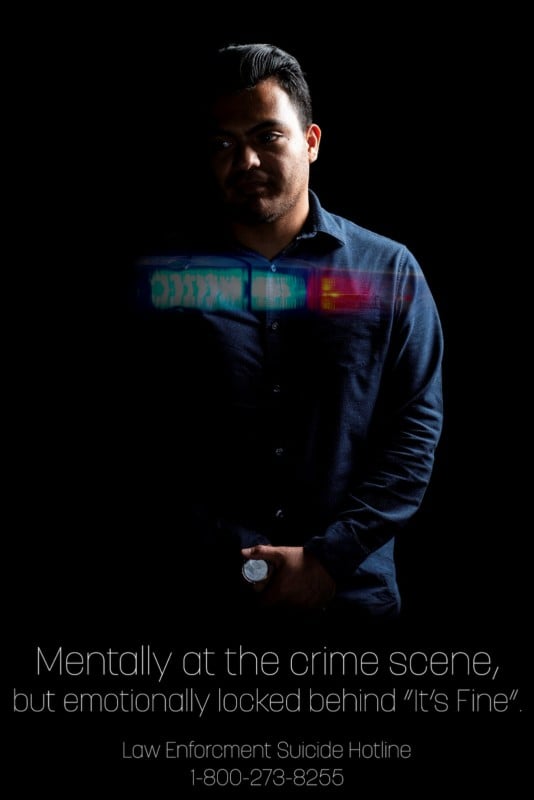 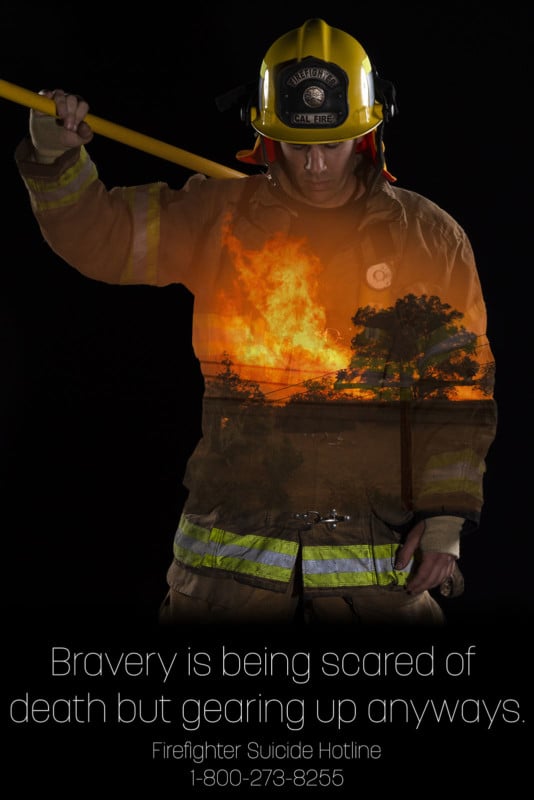 With my project, I’m working to bring to light the issues of PTSD, and I want to remove the stigmas surrounding PTSD. Each photograph is of a real military vet, law enforcement officer, or firefighter, and the text and imagery in each image relate directly to their stories. Not only am I photographing just the individuals, but I am also creating photographs of family members, to show how they have to deal with their loved ones’ PTSD, and what it’s like for the family while staying home on a deployment. 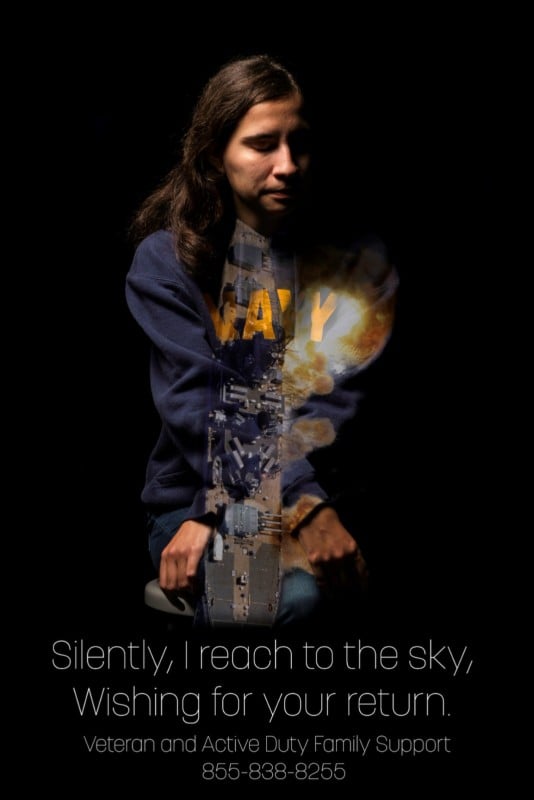 In addition, with each piece of the PTSD Project sold, 40% of the sale will go back to the individual photographed so they can donate the money to a mental health charity or VA Office of their choice. I want every step of the project to be able to help those who need it. For those who are in the project, they get to help show others that help is out there, and they get to help donate as well.

People are out there to help, and there are more people who share the same thoughts and feel the same. No one is alone, and suicide is not the answer. Suicide makes it worse for everyone around you and all those who love you, as they feel guilty for not being able to help. Reaching out for help is the strongest thing you can do, no matter how much others tell you not to. 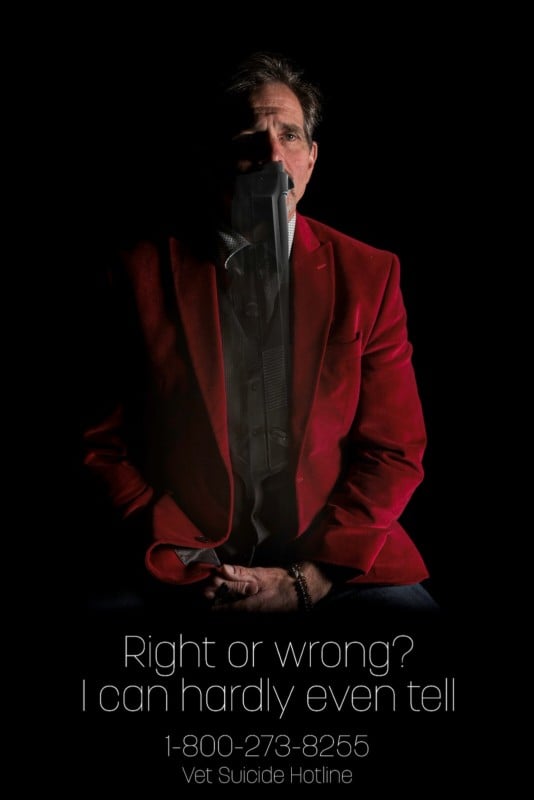 If you or someone you know suffers from PTSD, there are resources for you to choose from the VA to counseling, to the Suicide Hotline, which you can call to just talk about PTSD.

If you want to be in the PTSD Project, or would like to purchase a piece from the series, get in contact with me on my website! 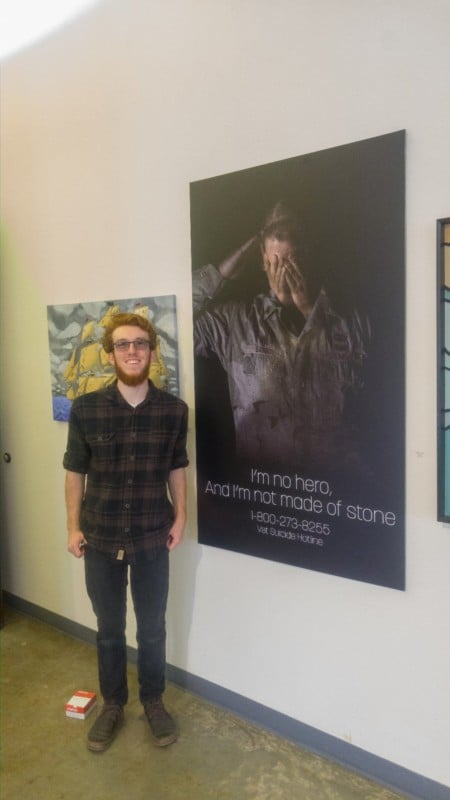 Editor’s note: Photographer Michael McCoy is another photographer (and a veteran himself) who uses photography to fight PTSD.

About the author: Connar L’Ecuyer is a fine artist who specializes in photographing landscapes of Southern California and working with Veterans and First Responders to showcase and battle stigmas surrounding PTSD. If you would like to see more, you can check out his website, Facebook, and Instagram.

These Modded Cameras Have Sensors Extracted for Extreme Cooling