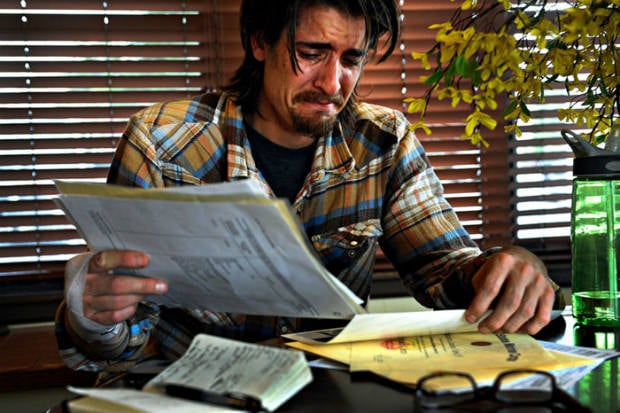 How does a Pulitzer Prize worthy photograph come into existence? For most of us the photos that are considered the best of the best each year seem somewhat untouchable; as if one has to be in the right place at the right time, and when they look down find that they also happen to have their camera on them. The truth,  however, is rarely so unanticipated. In the case of Craig F. Walker’s 2012 Pulitzer Prize winning series, it all began with a hike.

Craig F. Walker is well known for his work with veterans, having already won a Pulitzer Prize three years ago for his project “Ian Fischer: American Soldier.” So when he was invited to go on a veterans hike in Boulder, CO, the Denver Post photojournalist naturally said yes.

It was on this hike that he met Scott Ostrom, the Marine and Iraq war veteran struggling with PTSD who has now been immortalized in Walker’s recent work. After hitting it off on the hike the two began spending time together as Walker chronicled some of the most painful and private moments in Scott Ostrom’s life.

During the process Walker and Ostrom have developed a close friendship, and Ostrom has said that Walker telling his story hasn’t hurt, but rather helped him. The exposure the story got has put Ostrom in touch with many veterans who share similar stories, and the experience overall has helped him deal with his PTSD and slowly re-adjust to civilian life.

Often photographers are seen as separate impartial entities, heartless in the face of the pain they’re capturing. This should go a long way in disproving that assumption.

How to Shoot Powerful Portraits of Powerful People