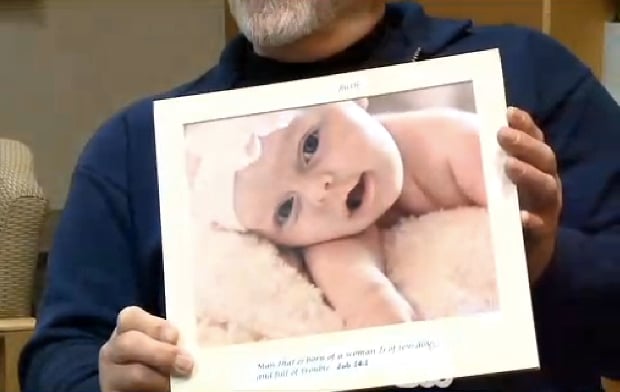 PTSD, or Post-Traumatic Stress Disorder, is a serious problem that affect a huge percentage of war veterans. A condition once associated most strongly with Vietnam War veterans, the Afghanistan and Iraq war have brought the condition back into the public eye with a vengeance.

According to the National Institute of Health, the VA estimates that approximately 31% of Vietnam vets, 10% of Desert Storm vets, 11% of Afghanistan vets and 20% of Iraq war veterans are affected. And while photography has been used to great effect to document PTSD in the past, one nurse at the VA in Palo Alto, California is using it to help treat veterans with the condition.

VA nurse Susan Quaglietti co-founded a six-week workshop program at the VA in Palo Alto that puts cameras in the hands of veterans and gives them “a new focus in their recovery.” Speaking with a local CBS station in SF, she explains that the program is based on “the idea [that] sometimes it’s easier to communicate with a camera than speak face to face with a therapist”:

So far, veterans that have benefited greatly from the program include Vietnam vet Richard Hobbs — who was forced to kill a woman and her baby when she pulled a grenade on him, and faced harsh condemnation when he arrived home — and veteran Christine Stout-Holmes — who was raped by an Army sergeant in basic training some 30 years ago.

Hobbs says that photography has helped him to see the big picture and experience the “rebirth” of facing his issues, while Holmes has come to the realization that “repression is the enemy, and expression is the cure.”

To find out more about the program and see some of the photography that the veterans in the workshop have been taking, head over to the VA website by clicking here.

At VA Palo Alto, Veterans Heal With Photography [US Department of Veterans Affairs via CBS]