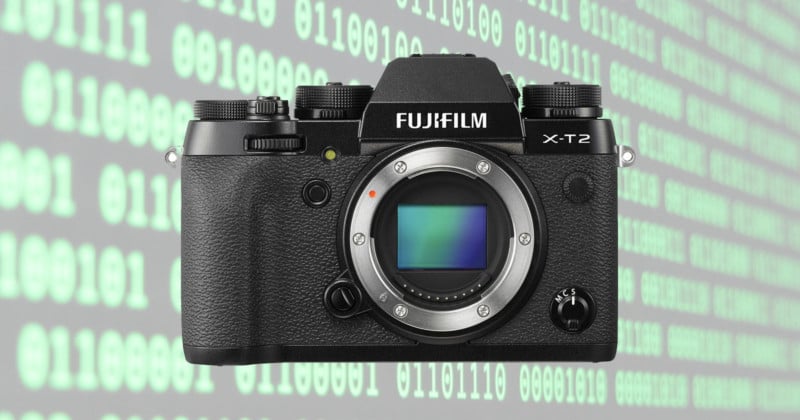 Fujifilm has taken down its highly anticipated v4.0 firmware update for the X-T2, stating that “malfunctions” have been discovered. The new firmware launched about a week ago and brought internal F-log, HD 120fps, and focus bracketing to the X-T2, among other things.

In a notice posted to its website, Fujifilm apologized for the issues and promised a fix.

“It has been brought to our attention that there are a few issues with the recently released X-T2 ver 4.00 firmware update,” Fujifilm writes. “We have therefore taken the difficult decision to remove the update from the website until we are confident that all the issues have been completely fixed.

One of the major problems discovered has to do with RAW photos. Photographers that had RAW photos on their X-T2 prior to updating to firmware v4.0 found that after upgrading their cameras, the RAW photos would no longer convert properly (both in camera or while using Fujifilm X RAW STUDIO).

Other reported problems include photographers seeing their live view flicker while pressing the camera’s shutter button halfway in certain conditions and “hang-ups” occurring with the camera “in rare cases.”

Fujifilm says it has already identified the cause of the issues it described and is working to push out a replacement to v4.0 that solves them. Until then, the company has released a new v4.01 firmware that literally brings your camera back to the firmware v3.0 state.

“We deeply apologize for any inconvenience and disappointment this has caused,” Fujifilm says. “Please download it and update your camera.”

P.S. Fujifilm also announced today that the firmware updates for the GFX 50S, X-H1 and X-Pro2 that were announced last month and scheduled for this month will be postponed because the company needs more time to double-check those updates.