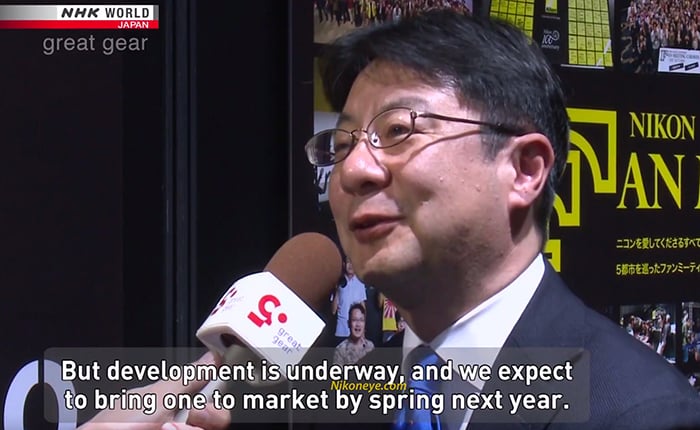 Here it is, straight from the horse’s mouth: Nikon has a new mirrorless camera system brewing, and the company is aiming to have it land in photographers’ hands by the spring of 2019.


NikonEye caught the confirmation in an interview conducted by the Japanese TV network NHK with a Nikon manager.

“[D]evelopment is underway, and we expect to bring one to market by spring next year,” the manager states.

NikonEye predicts that an entry-level full-frame mirrorless camera will be the first camera in the system to be announced and that the camera will have a 30+ megapixel phase-detection sensor and a new lens mount that allows existing F-mount lenses to autofocus using an adapter.

A Sony executive predicted last month that both Canon and Nikon will be releasing full-frame mirrorless cameras within a year, and this month a Japanese news outlet reported that Nikon’s professional mirrorless camera is coming along “at a rapid pace” and confirmed that it would launch by March 2019.