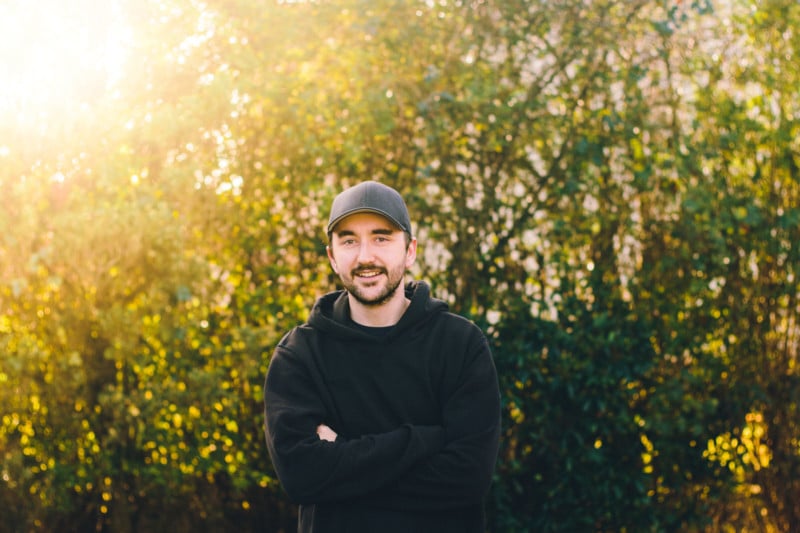 Conor McDonnell is a UK-based photographer who became a Nikon ambassador earlier this month at the age of 26. In 2014, at the age of 22, McDonnell was asked to photograph the wedding of Kanye West and Kim Kardashian, and one of his photos from the wedding shattered Instagram’s then-record for most likes. We spoke to McDonnell to learn more about his life and career journey.

PetaPixel: How did you first get into photography?

Conor McDonnell: I first got into photography by accident. When I was 16, there was a concert I really wanted to go to but it was sold out so I decided to try and find a way in. I used to go to lots of concerts and always used to see photographers in the pit and thought that was such a cool job, so I decided to find out who managed the band and try and get a press pass. I also searched for the band members Myspace profiles and messaged them and amazingly one of them got back to me with their managements details and told me that the manager was expecting an email and it will all be sorted. And that started it all!

I had a very basic knowledge of cameras, to the extent that when I got there I actually thought that automatic mode would do the job, but after checking some photos after the first 30 seconds of the show I realized how wrong I was, so I popped it into manual and there began my obsession with photography. It hasn’t left manual mode since. After that show I would email whoever was playing in Liverpool, I’d send 100 emails a day and get about 2 replies back, most of them saying ‘No’ but I stuck at it and gradually started to build up a portfolio as well as my knowledge of photography and my camera.

Is there an event that you consider your first “big break”?
I guess my first big break was that first concert. If I didn’t get a reply or got a ‘No’ from them, I probably would have thought ‘Oh I can’t do this then, I guess I have to study photography to do that’. I don’t think I’d be here today where I am if that hadn’t have happened.

How did you become a Nikon ambassador? Can you tell us what that process is like?

I’ve actually only been shooting with Nikon over the past year, I’d been using another camera brand pretty much from day one. They were extremely unsupportive even after lots of communication with them, unlike Nikon who have been absolutely incredible from the get-go. They were the main sponsor for an Arctic expedition I was on last summer and so they loaned a bunch of amazing gear for me to use on the expedition. I used it day in and day out on the whole expedition and absolutely loved it all. 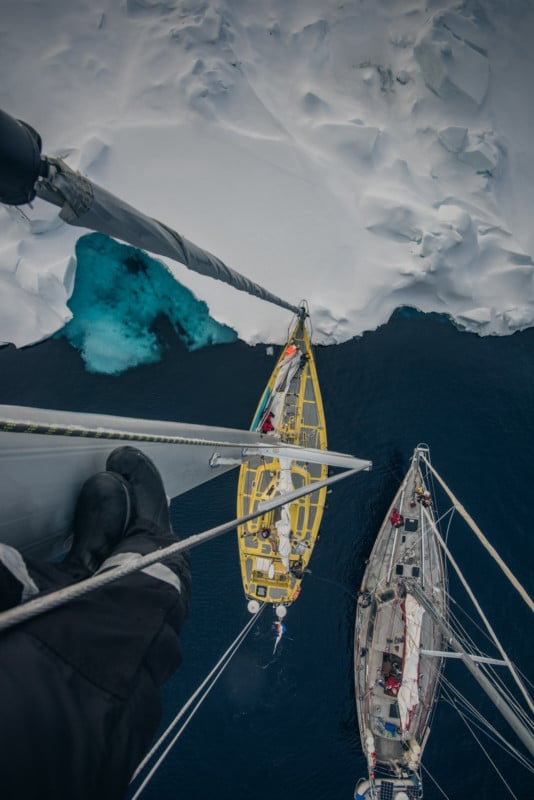 When I returned I asked if I could try it out in my normal day to day job, on tour, and they allowed me to, and again it blew me away at just how much better it was. We kept in touch and when I was back in the UK I went to visit the team at their HQ in London where they put forward the idea of me becoming an ambassador for them, as they really liked my work and my story.

I honestly didn’t think I would end up getting it but amazingly a few weeks later I got the confirmation and then a couple of weeks after that it got announced. It’s pretty awesome to have the backing and support of them. I really appreciate it.

Some news! I am honoured to announce that I have been asked by Nikon to become an ambassador for them! Never in a million years thought that this would happen but it’s amazing to have the incredible support of the biggest camera brand in the world. I’m really looking forward to working closely with the brand in the future. Thank you @nikonschooluk @nikoneurope! This is just the beginning! #NikonAmbassador #Nikon

What was it like being chosen to photograph Kanye and Kim’s wedding at the age of 22? How did that come about, and what was the experience like?

I actually can’t say that much about it but it was really great. I got the call for it the day before the wedding. Kim and Kanye and their team were amazing to work with, they were incredibly welcoming and really easy to work with from the get-go, which was great considering it was the first (and only) wedding I’ve ever shot!

What are the benefits of being a Nikon ambassador from the ambassador’s point of view? What are your perks?

I do get a gear allowance but for me, the benefit is simply just having the support and backing of the biggest camera brand in the world. Simple as that. They are incredibly supportive and always there for me whenever I need a hand, be it technical or equipment. That to me is also the best perk.

How did you go from shooting musicians and concerts to going on expeditions? What’s the goal of your expedition photography, and do you have sponsors supporting your trips?

It’s something I’ve always dreamed of doing. My granddad used to read stories to me about the early polar explorers and I think it probably comes from that. Also as a long time reader of National Geographic and seeing their incredible photographers such as Paul Nicklen (who is one of my heroes) and Cory Richards work in those regions made me want to see it for myself even more.

The way it came about was by basically me saying ‘yes’ to going on a trip to Svalbard a few years ago with a friend who is a polar expert. Svalbard is an island deep in the Arctic with more polar bears than people, it’s a magical wonderland and I became obsessed. 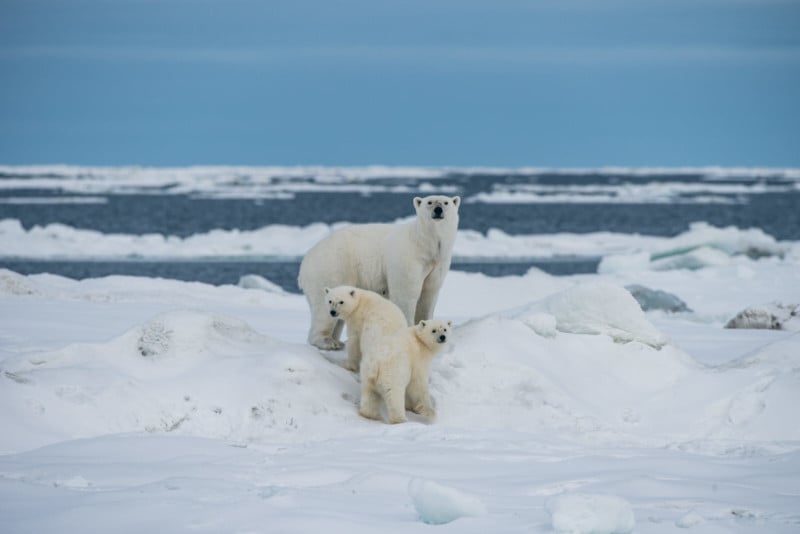 My goal of expedition photography is to raise awareness for our planet and what we as humans are doing to it. Even in some of the most remote and fragile places on earth, I’ve found evidence of human consumption, such as plastics next to the North Pole. It’s really sad to see, but if my photography can change people to do something different like cut out single-use plastics, or use a reusable coffee cup, then that to me is the most rewarding thing possible. 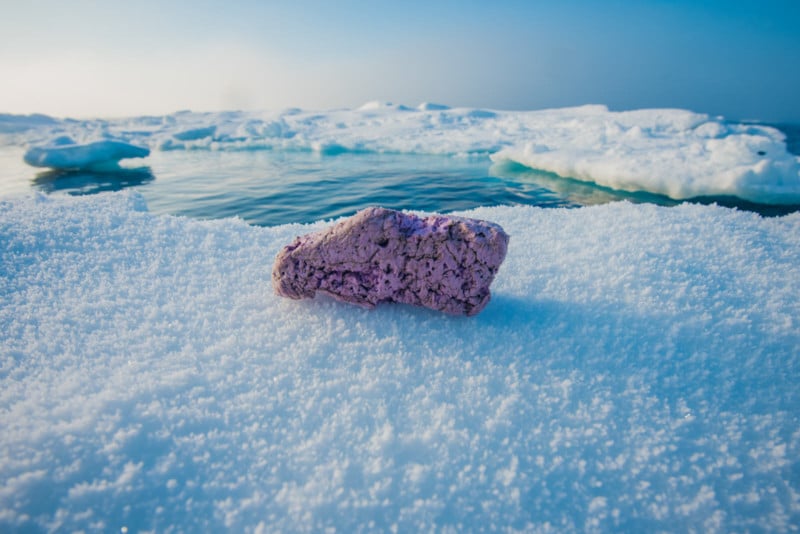 Some of my trips are self-funded as they are mostly for personal projects, but the bigger expeditions are supported by sponsors, yes. I also have the incredible backing of the World Wildlife Fund, as I was asked to become an ambassador for them too at the end of last year. 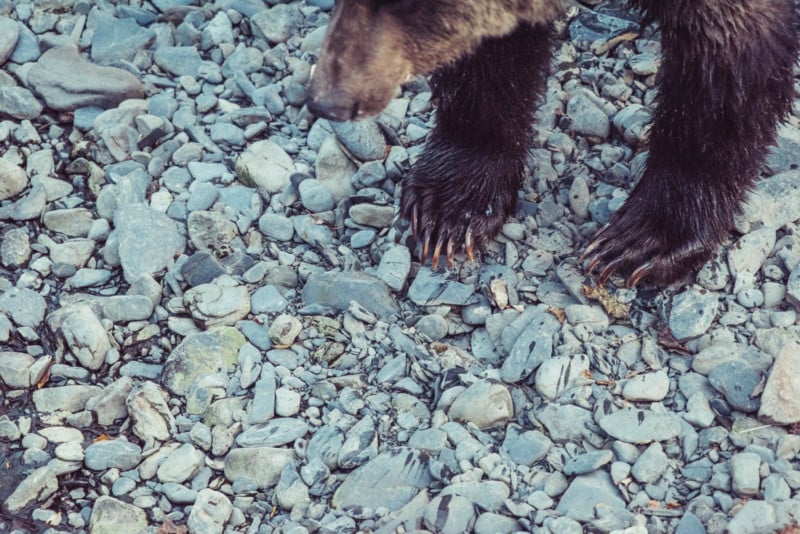 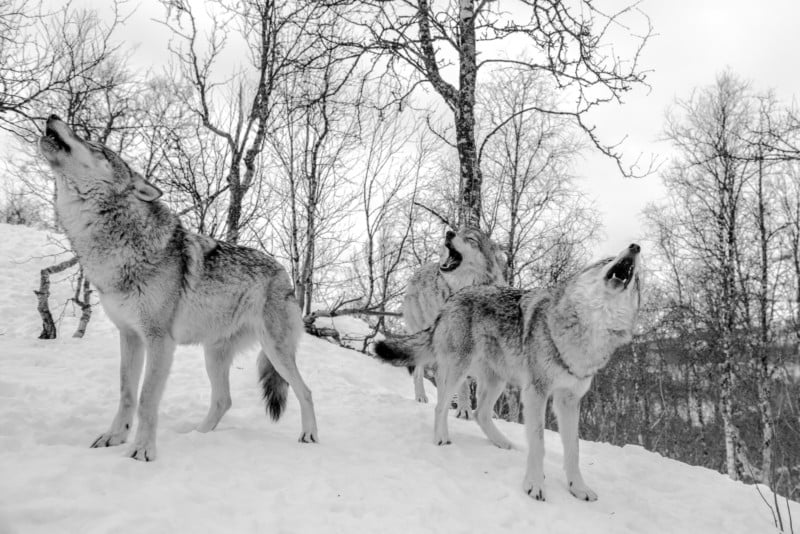 What’s something you’ve learned since starting photography that has caused the biggest improvement in your photos?

Anticipating the moment. There’s no point chasing something that has already happened, chances are, it’s not going to happen again. This happens in both music and on expeditions. I see so many music photographers chasing shots that they just missed on stage hoping that it will happen again.

What are your main sources of income as a professional photographer?

I work very closely with a lot of musicians, record labels, and management companies and tour with them/do all their promo and press shots and create all their content etc. I also do a lot of commercial work but my day to day is mostly working with musicians/record labels/touring.

How has the industry changed since you started your photography journey? What do you see things going from here?

Social media has taken over, when I started it was there, but nowhere near as big and no way near as much effort was put into it. Everything these days is about online content and constantly supplying for that purpose, be it Instagram, Snapchat, Facebook etc. It’s such a powerful tool and can’t be overlooked these days. There is a lot more effort going into video content at the moment too so I guess that’s the way things are starting to go.

If you could start your career over again, what would you do differently?

I wouldn’t do anything different! I’ve learned so much so far, be it from failing at something or doing something wrong but I wouldn’t even change those moments — they’re all part of it! 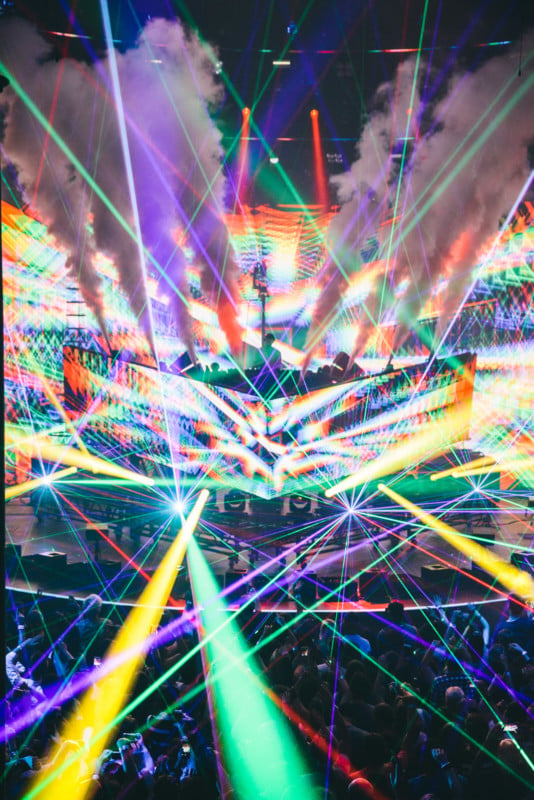 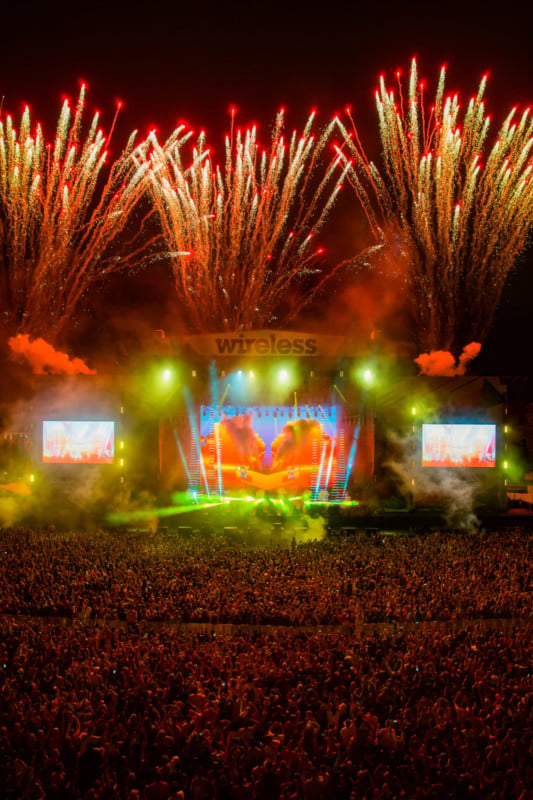 Do you have any advice for photographers who wish to follow in your footsteps?

Just go out there and get it and don’t let anyone tell you that you can’t. If I listened to them, and there were a lot of them, and there still are to this day, I wouldn’t be doing what I do and love today. If you really want it, it will happen.

Image credits: Photographs by Conor McDonnell and used with permission

This Unusual Gold Ring is a Rare Soviet Spy Camera Worth $20,000