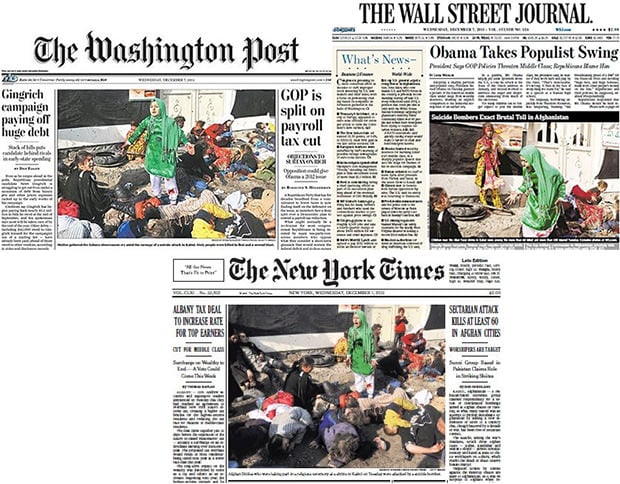 Afghan photographer Massoud Hossaini won the Putlizer Prize yesterday for his Breaking News photo showing a 12-year-old girl screaming after a suicide bombing in Kabul. His images of the mosque attack were so powerful that the New York Times, Washington Post, and Wall Street Journal all published them on their front pages on December 7, 2011. However, each one ran a different image captured at the scene, and only the New York Times ran the Pulitzer Prize-winning shot that showed the full extent of the carnage. Shortly afterward, The Washington Post interviewed the photo editors at each paper to discuss why they chose the images (and the crops) they did.

The Post, NYT and WSJ show same scene of Kabul carnage via different photos (via Poynter)