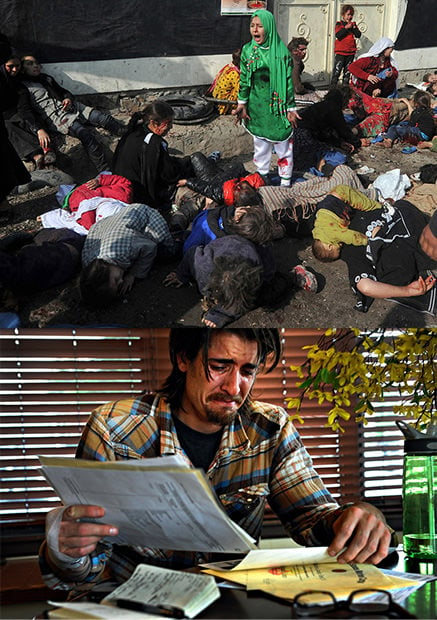 The 2012 Pulitzer Prize winners have been announced, and both winning photographers focused on the unbearable trauma of war. Massoud Hossaini of Agence France-Presse won the Breaking News award for his “heartbreaking image of a girl crying among a pile of dead bodies after a suicide bomber’s attack at a crowded shrine in Kabul.” Craig F. Walker of The Denver Post won the Feature Photography prize for chronicling “Colorado resident Scott Ostrom’s struggles with severe post-traumatic stress disorder after four years as a Marine Corps reconnaissance man and two deployments to Iraq.”

The Stunning Colors of the Holi Festival in India Captured at 2,500FPS