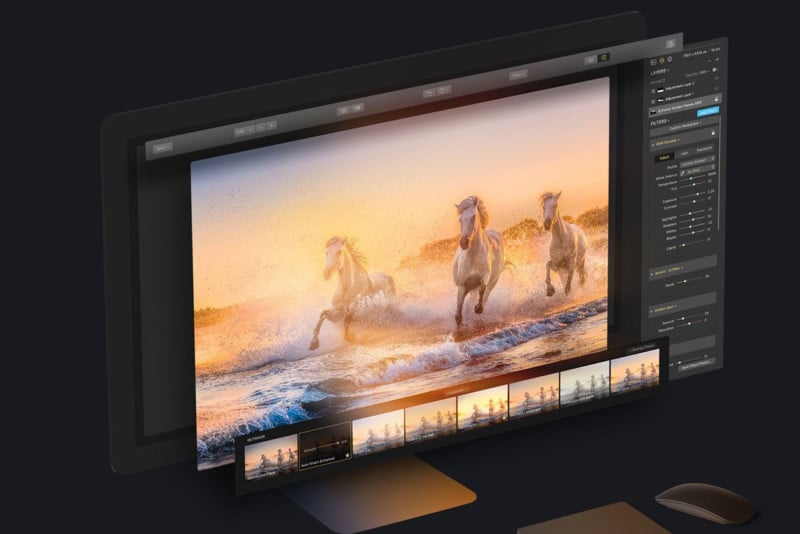 Skylum, the company formerly known as Macphun, has just announced the latest version of Luminar, its photo editing Photoshop/Lightroom competitor. Luminar Jupiter brings a major speed boost and over 300+ improvements.

“We have made some significant performance enhancements that allow you to edit your photos much faster,” Skylum writes. “In fact, some users report seeing speed gains of up to twelve times faster!”

“We’ve dramatically increased the speed of editing across all areas of Luminar. Images open faster. Filters apply quicker. The entire application is more responsive. […] In fact, you should be able to see the difference with every tool and command.”

Here’s how much certain tasks on certain files have improved:

Performance is at the front and center of the photo editing software wars at the moment, as Adobe has been scrambling to address long-suffering photographers’ complaints that Lightroom is slow on fast machines. There are a host of other upgrades and additions in Luminar Jupiter, including automatic lens distortion removal and advanced support for DCP profiles. And while Windows users have had an experience that lagged behind Luminar users on Mac, the Windows version of Luminar has mostly been brought up to speed now.

“Our team has put a ton of effort into making the Windows experience be world-class and significantly faster,” Skylum writes. “In fact, we feel that the PC version now matches the Mac version for all core features and speed.”

Launching Luminar starting today should show a prompt for updating the software, but you can also manually check for it under your main or Help menu (depending on whether you’re using Mac or PC) and selecting “Check for updates.”

“We truly want Luminar to be your hub for photo editing… a genuine alternative to Adobe Lightroom,” says Skylum CEO Alex Tsepko.

If you haven’t already purchased Luminar, the full software costs $69 through the Skylum website and there are no recurring subscriptions to pay.

Studio Portraits in Small Spaces: How I Make It Work

The Photographer Who Captures Life’s Beauty Without Hands or Legs