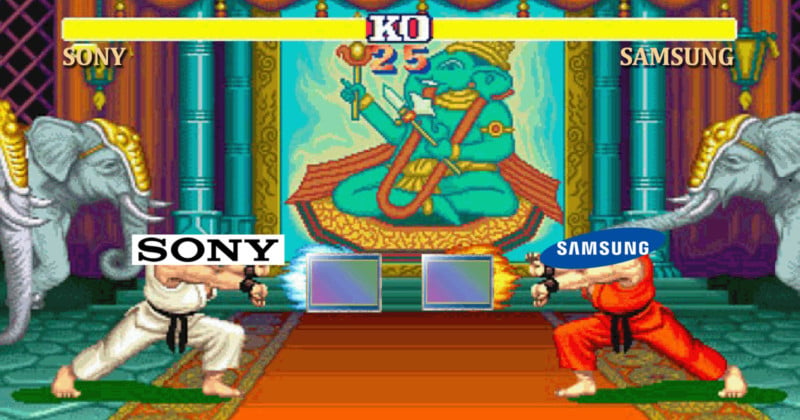 Sony is the 800-pound gorilla of camera sensors these days, boasting a global market share of around 50% in late 2017, but increased competition may be looming on the horizon. Samsung is reportedly ramping up its image sensor production capacity with a goal of overtaking Sony for the #1 spot.

South Korea’s ETNews reports that Samsung is making the move in response to exploding demand for image sensors, especially for use in the cameras (and dual cameras) found in smartphones. It’s also reportedly confident that its image sensors can match Sony’s in technology.

“It is expected that Samsung Electronics will become a clear-cut top comprehensive semiconductor manufacturer in the world,” ETNews writes.

Samsung has reportedly been working to convert manufacturing lines that were used to produce computer memory into additional lines that make camera image sensors. An industry representative tells ETNews that these conversions will increase Samsung’s image sensor output from 45,000 units to 120,000 units per month. Sony reportedly has an output capacity of ~100,000 sensors per month.

“Even if Sony’s plan of extension of its plants is considered, Samsung Electronics will be able to have equal or greater amount of production capacity than Sony once its conversion processes are finished,” ETNews writes.

(via ETNews via Digital Trends)

Photography Contributes $10.2B to US Economy: Govt Report